Binge-Watching Your Favourite Show? Research Says it Could Be Bad for Your Health 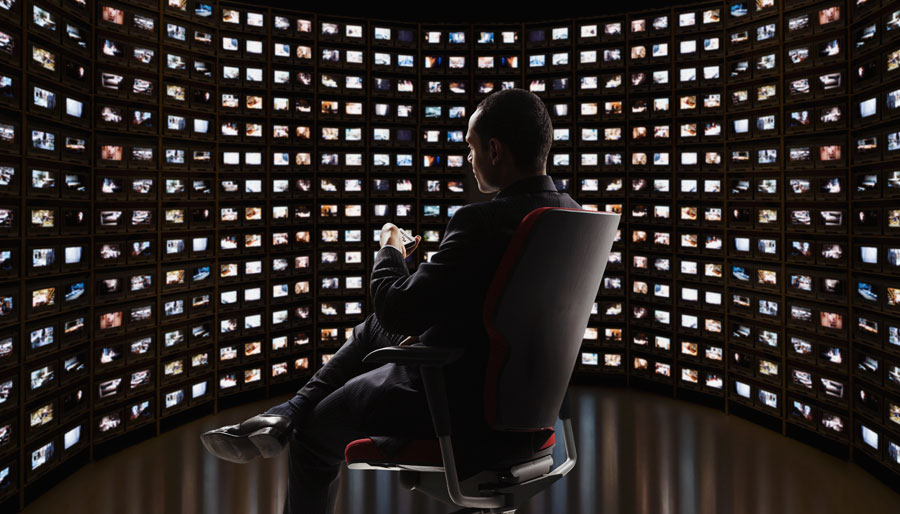 Media providers like Netflix, Amazon Prime and AppleTV+ have changed the way we watch TV.

Traditionally, a season of our favourite show would air one night a week for about 6 or 8 months and take, at most, 44 minutes of our time (assuming you use commercial breaks for quick chores). But with full seasons released all at once and available around-the-clock, digital subscribers have taken to binge-watching.

According to a poll by the Hollywood Reporter, 60 per cent of adults who watch shows on demand through streaming sites said they binge-watch — watching two or more consecutive episodes of a show at least once a week.

And a considerable 86 per cent reported staying up past their normal bedtime to watch just one more episode — or more. Guilty as charged!

But the outcome of this viewing evolution, or revolution, doesn’t end at lost sleep.

“We don’t know what comes first, and that’s the interesting part about this: Are you stressed, anxious and depressed and then you watch TV, or do you watch TV, realize you have so much to do and then you become stressed, anxious and depressed?” Jessica Kruger, a clinical assistant professor of community health and health behaviour at the University of Buffalo, said in a release.

Kruger has been studying the effects of binge-watching for more than five years, it’s just one part of her research into consumption and addictive behaviours. She explained that TV binging can also lead to “showhole.”

“People who are done watching a series feel really sad, lost, a sense of emptiness because their favourite characters, who now feel like friends, are gone until either the next season or, if they don’t create a season, it’s over.”

(That may explain why, despite the fact that the final season was released way back on Jan. 25, I put off watching the final episode of Unbreakable Kimmy Schmidt — co-created by Tina Fey, and thus, comedy gold — until the night before last.)

Of course excessive TV watching is also an obesogenic behaviour, or a behaviour that leads to obesity.

“If you’re sitting there binge-watching for six hours, not only are you sedentary, but you’re probably also eating whatever’s in front of you and not thinking about it,” Kruger said, adding. “We need to think more thoroughly about how technology is impacting human behaviour, and how that behaviour is affecting people’s health.”

Two full seasons of Friends from College (sadly, it’s been cancelled), finished in a matter of days — or rather, evenings.

The British series Bodyguard (did Richard Madden ever deserve that Golden Globe win for Best Actor!), which I managed to stretch out over a week or so.

And the latest season of Grace and Frankie (Lily Tomlin truly is a jewel), with which I showed a little more restraint, lasted me about three weeks.

But I’ve yet to reach what’s called “superbinger” status, viewers who watch an entire season within a 24-hour period.

And Kruger noted that consuming our favourite shows can be done in a healthy way. Her advice: “Everything in moderation.”

Incidentally, last year Google-owned YouTube — granddaddy of the video-streaming rabbit hole — added a “take a break” feature whereby users can choose to be alerted to come up for air, if you will, every 15, 30 or 60 minutes.

RELATED: Oprah and Apple TV+: A Match Made in Digital Media Heaven