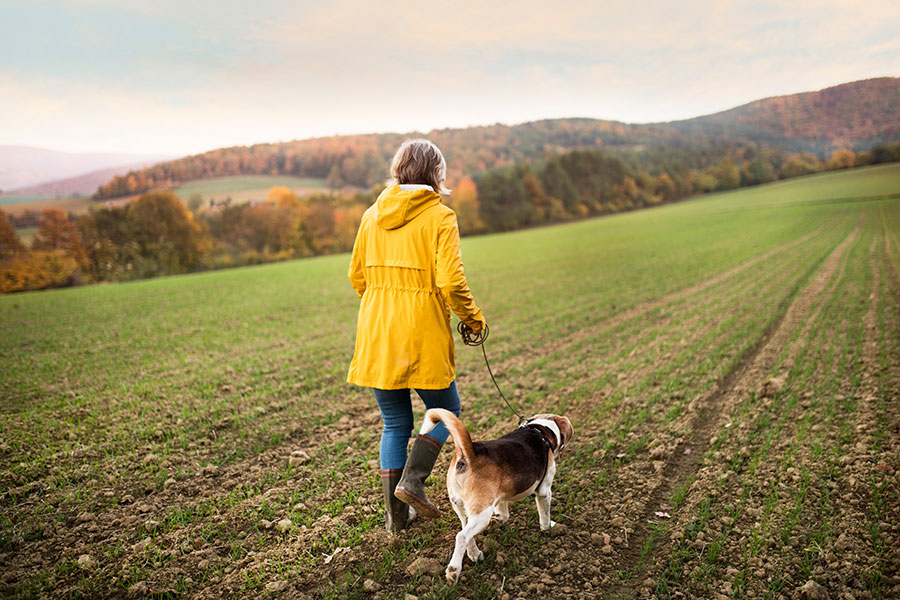 Each year, there are more than 50,000 strokes in Canada and about 64,000 Canadians will have their first heart attack. New studies suggest simple fixes that could save the lives of people who experience these cardiovascular events.

As researchers report, simply owning a dog or getting a referral to cardiac rehab may improve our odds of survival.

How Owning a Dog Helps

When researchers at Toronto’s Mount Sinai Hospital reviewed mortality rates from 10 studies involving more than 3.8 million patients, they found dog owners had a 24 per cent reduced risk of death from any cause.

“I wasn’t expecting it to be that high in that population,” says Dr. Caroline Kramer, clinician scientist at Leadership Sinai Centre for Diabetes at Mount Sinai Hospital in Toronto.

“But these are very high-risk populations so if you lower the blood pressure even a little bit, you already have a huge impact.”

Kramer, an assistant professor of medicine at the University of Toronto, is one of the authors of Dog Ownership and Survival: A Systematic Review and Meta-Analysis  that was recently published in the American Heart Association journal Circulation: Cardiovascular Quality and Outcomes.

Kramer anticipated that dog owners would have lower blood pressure — the main risk factor for stroke and a major risk for heart disease  — from increased physical activity but she posits the protective health benefit could be from more than just walking Fifi.

“I think having a dog can help with the 150 minutes per week of physical exercise. But there are other things that we can’t necessarily quantify, like quality of life and less stress,” she says.

“This emotional support, we don’t have studies that show reductions in cardiovascular events over the long term, but that doesn’t mean it’s not beneficial.”

In Sweden, researchers who recently looked into a dog’s affect on cardiovascular outcomes came up with similar conclusions.

Although the authors said more research is needed to confirm a causal relationship between dog ownership and better heart health, they too suggested that increased physical activity as well as decreased depression and loneliness — already associated with dog ownership in previous studies — are likely factors.

While it may be surprising that having a dog has such a protective effect, it probably comes as no surprise that regular physical activity is good for heart health.

In another study published earlier this month in the Canadian Journal of Cardiology, French researchers looked at outcomes for patients in cardiac rehabilitation, reporting that it significantly improved exercise capacity and decreased anxiety and depression — regardless of age.

A team from the University of Burgundy Franche-Comté in Dijon followed 733 patients who’d participated in a 25-session, exercise-based rehab program. Their goal was to compare results between three subgroups; those less than 65; between 65 and 80; and 80 and older.

One of the most stigma-busting findings was that a participant’s age did not limit them from improving physical fitness.

Dr. James A. Stone believes age plays a role in who gets a referral. “People look at older patients, either from a mental or physiologic perspective, and say, ‘Well, you won’t benefit.’ So they don’t refer them to cardiac rehab,” he says.

Stone, a cardiologist and clinical professor of medicine at the University of Calgary, co-wrote an editorial on the French study.

There is no standard recommendation for cardiac rehab in Canada, but he thinks having all patients automatically referred would help address what he feels is ageism. As the Public Health Agency of Canada reports, most men are first diagnosed with heart disease between 55 and 64, about a decade before  women, who are most likely to be diagnosed between 65 and 74.

Stone works on one of Alberta’s Strategic Clinical Networks, which aim to  improve health care in the province. Seven years ago, his network started referring any heart attack or stroke patient hospitalized at the University Health Sciences in Calgary to cardiac rehab.

“So that was the big thing about automated referral, there was a huge uptick in older people being referred,” he says. “We know from the research that if you don’t very carefully say that these people need to be referred, they don’t get referred. And they don’t benefit.”

Another notable finding from the French study was that cardiac rehab patients over the age of 65 who reported being depressed benefited most from the exercise.

Stone says that’s important because depression is a risk factor for heart attack and stroke.

“The reason it’s a risk factor is because our central nervous system is not behaving normally and that tends to put a lot of stress on your blood vessels,” he explains. “Exercise is good for mental health because it improves your brain biochemistry.”

Stone’s advice? “Take your dog for a walk twice a day — even if you don’t have a dog.”

Taking Aspirin to Reduce Risk of Heart Attack or Stroke? Check With Your Doctor First

Why Heart Attacks Are More Common in Winter

Beyond Companionship: Why Having a Pet Is Good for Healthy Aging