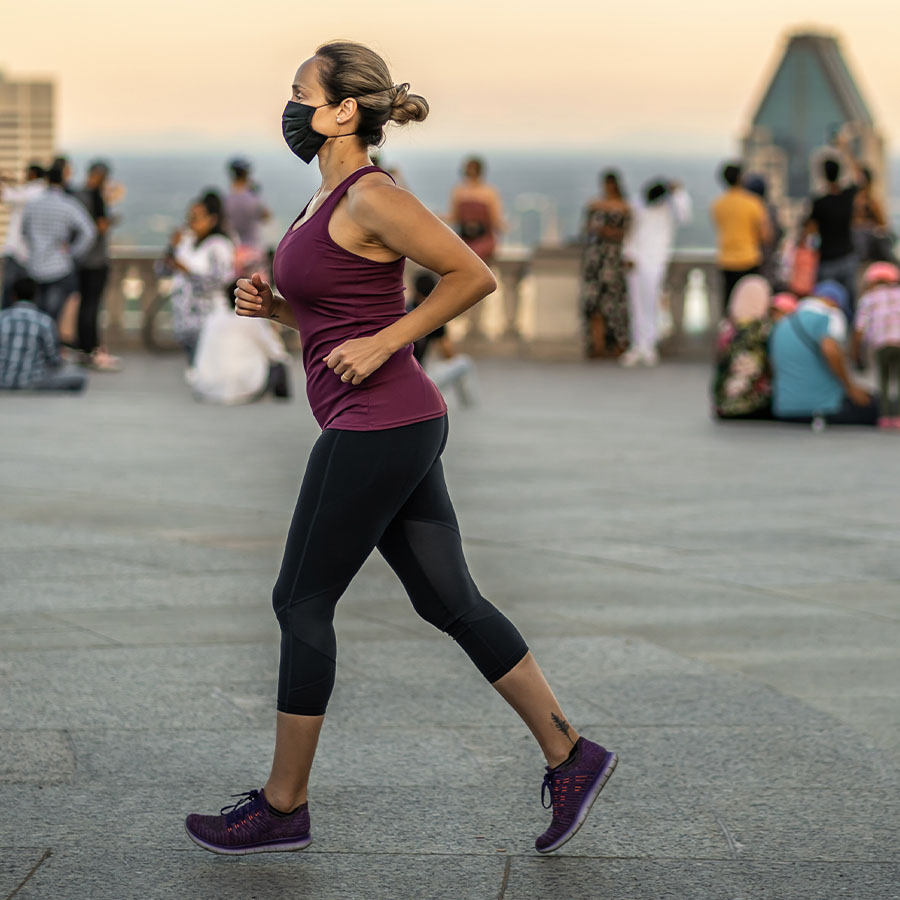 The pandemic has contributed to a recognition of the importance of public space. Photo: A&J Fotos/Getty Images

Will the COVID-19 pandemic prompt a shift to healthier cities that focus on wellness rather than functional and economic concerns?

This is a hypothesis that seems to be supported by several researchers around the world. In many ways, containment and physical distancing measures have contributed to an increased recognition of the importance of public space as a gathering place and key tools for meeting people’s basic needs. Urban residents are more aware of the important role of this space as a living environment essential to their physical and psychological well-being.

I am the director of graduate programs at the Université du Québec à Montréal’s school of design, where I have been teaching environmental design for 19 years. I also hold a doctorate in architecture from the University of California, Berkeley.

Forced isolation and social distancing during the pandemic have exacerbated solitude and anxiety for part of our population. Numerous studies show that loneliness is linked to major health problems, including depression, heart problems and reduced life expectancy.

In recent decades, individualism, neo-liberal public policies and new technologies had already contributed to this isolation. Online shopping has gone so far as to deprive us of the micro-interactions that sometimes represented our only daily social contacts.

Many Montréalers in forced isolation were able to appreciate the qualities of the city’s urban space by using their balconies, front yards and alleyways, which enabled them to maintain certain close contacts and exchanges with neighbours while respecting physical distancing. From conversations from one balcony to the other to picnics at a distance between neighbours in the alley, the domestic environment has been able to broaden thanks to increased human contact.

Public spaces, especially parks, have also proven to be essential for socialization, especially for young people. Access to nature, wide open spaces and sports and leisure facilities has emerged as a vital need, with both individual and collective benefits. Walking, one of the only forms of exercise accessible to many people, has made it possible to escape from confinement with exposure to fresh air and sunshine.

The pandemic has shown the advantages of converting some major streets into pedestrian walkways, even temporarily, and the need for wider sidewalks. It has also demonstrated the importance of large linear parks, such as the very popular Promenade Champlain in Québec City and the banks of the Lachine Canal in Montréal.

Containment also revealed the importance of public spaces for pets, whose adoption has increased dramatically. More than just a source of companionship and affection for people suffering from isolation, pets are also a reason to get fresh air and walk and can serve as a social lubricant, providing an opportunity to socialize with other pet owners.

Initiatives Around the World

Cities around the world have realized the importance of maximizing access to public space. Throughout containment, there have been a variety of creative and low-cost initiatives to make urban spaces safe and suitable. In this, the pandemic may have caused an unintended casualty: the motorist’s view of the city. The new health context has provoked a collective awareness of the excessive space devoted to the automobile and the interest in putting this space at the service of people.

Without wanting to eliminate the individual car from the urban landscape, cities have sought to promote a more equitable sharing of public space between different types of users and modes of mobility.

There has been a significant increase in pedestrian and shared-use streets and more bicycle lanes. In Rotterdam, cars are banned from some major arteries after 4 p.m. so that pedestrians can use them. In Oakland, Calif., streets are being transformed into “slow streets” — mixed-use areas where cars are tolerated but no longer have priority. Portland, Ore., is transforming large urban parking lots in low-income neighbourhoods into farmers’ markets. A paved access in Montréal’s Lafontaine Park is now devoted to bicycles. The transformation of on-street parking into temporary café patios — a common phenomenon in Montréal over the past decade — has multiplied around the world.

The commercial success of pedestrianized streets throughout Montréal has ensured the survival of small businesses, bars and restaurants. Artistic practices have multiplied, whether it be music, theatre, dance or multimedia projections, allowing artists to showcase themselves and earn a few cents. For people with reduced mobility or unable to park nearby, creative solutions such as wheelbarrows and rickshaws have been proposed.

Being Outside as Much as Possible

Another trend reinforced by the pandemic is that of urban agriculture, with a marked resurgence of micro vegetable gardens on balconies, in ornamental courtyards and alleyways. Across Québec and the rest of Canada, the demand for plots in community gardens is growing rapidly. It is not just a question of food self-sufficiency, but a need to touch the land, a kind of agricultural therapy and a desire to eat more healthily.

Other aspects of urban design could be affected by the pandemic, due to the risks of transmission. The slower rate of contagion in outdoor spaces means that it is safer to shop on a commercial street and in a public market than in a hermetically sealed shopping mall or large air-conditioned area.

Buildings will also have to be redesigned to offer more natural ventilation and outdoor spaces, be they individual or communal. These could take the form of rooftop terraces, courtyards and balconies. In the city, common spaces and facilities such as bus shelters, sidewalks, pedestrian crossings and rest areas will have to be redesigned in a sustainable way.

Some temporary reallocations of car space may well become permanent after the end of the pandemic. There is already increased use of active transportation, which can have a positive long-term effect on urban congestion and public health. Many cities are rethinking their entire urban mobility system. Paris is already planning to remove 72 per cent of on-street parking spaces to make more space for bicycles.

The pandemic will thus have accelerated already emerging trends towards a healthier, more humane and active city, creating new habits that may outlive it.

Tips for Weathering a Pandemic Winter: Rather Than a Resolution, Try a Theme for 2021