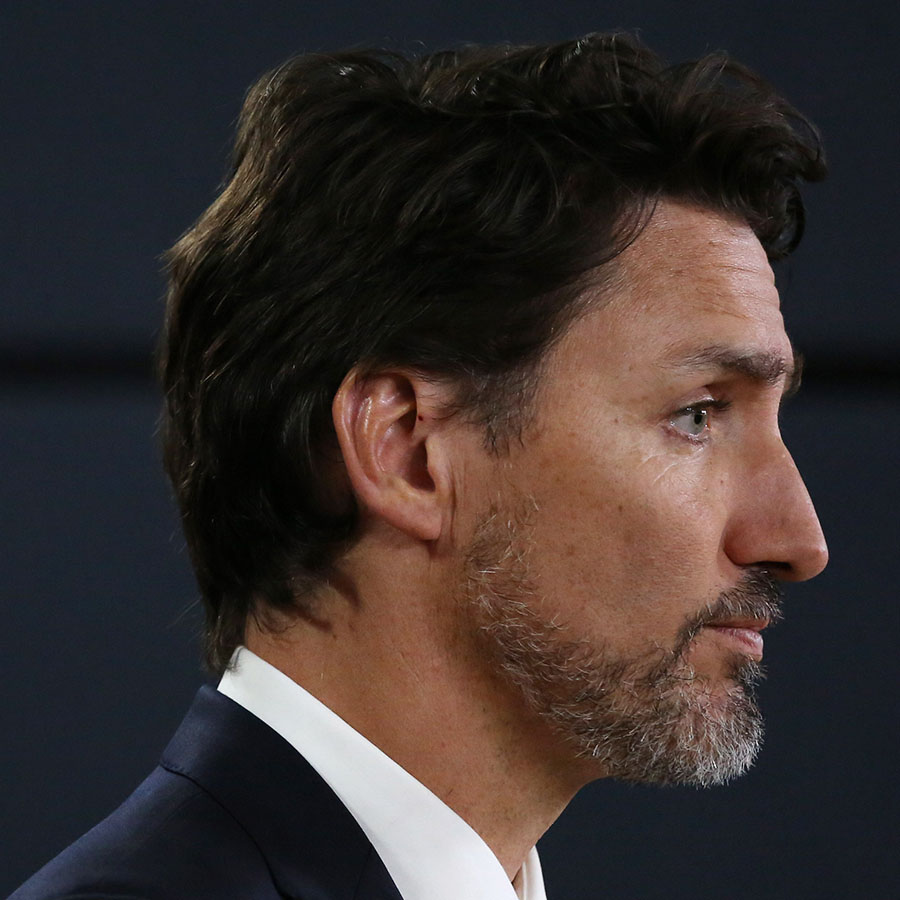 Canadian Prime Minister Justin Trudeau was at the centre of some of the most bizarre and unique political decisions ever made in Canada — all in response to the ongoing COVID-19 pandemic. Photo: Dave Chan / AFP via Getty Images

It’s certainly been a bizarre year in Canadian politics, with the pandemic sending sending shock waves across the political landscape and radically transforming the way Ottawa and the provinces conduct their usual business.

We were blithely sailing along late last winter, largely ignoring our politicians (as is our wont) until early March, when the coronavirus reached our shores. Governments at all levels responded quickly — sometimes in alarming fashion.

Granting themselves seldom-used extraordinary powers, leaders shut down businesses and imposed never-before-seen restrictions on our lives and livelihoods. On top of that, they unleashed a massive spending frenzy to battle the virus, the likes of which we haven’t seen since the Second World War.

With the promise of effective and safe vaccines looming on the horizon, we may finally be approaching the end of these strange times — and none too soon. With the prospect of the virus being completely stamped out, we can put the pain of 2020 behind us.

So as we put a bow on this most tumultuous of years, let’s recap some of the major developments that shook up our political world, bid adieu to these unwelcome changes and look ahead to a world that blessedly returns to normal.

“We see that the Liberals are attempting to make the special rules last as long as they can in order to handle issues like if they were something between a majority government and the rule of a king.”  —Bloc Quebecois leader Yves François Blanchet explaining Prime Minister Justin Trudeau’s pandemic ruling style

With Trudeau leading the federal response to the pandemic — and maxing out the country’s credit card to pay for the massive relief programs — it’s easy to forget that the Liberals are currently a minority government.

In the past, minority governments have had to tread carefully for fear that any wrong move might bring about a dreaded non-confidence vote, the loss of which would trigger an election.

But in 2020, because of the pandemic, the Opposition has basically given Trudeau’s Liberals free rein, allowing him to carry out his bold stimulus packages — and run up huge deficits — with only token pushback.

When the Bloc leader accused the prime minister of using the pandemic to his party’s advantage — pointing out that the Liberal leader all but closed down Parliament during the early stages of the crisis — Trudeau brushed away the criticism, suggesting that comparing him to a dictator was “irresponsible” and “undermined the strength of our democracy.”

Emboldened by the situation, the prime minister has basically run the government through his daily Rideau Cottage press conferences. And he’s repeatedly dared the Opposition to bring forward a non-confidence motion, knowing full well that no party dares force an election during these troubled times lest they pay dearly for it at the ballot box. Trudeau even stole a page from his predecessor Stephen Harper’s handbook by proroguing Parliament ostensibly to devise an economic recovery plan but perhaps also to defuse the growing We Charity scandal.

Outlook for 2021 The pandemic shall pass, and so too will this government’s unchecked reign. Few minority governments last longer than two years so look for the Conservatives, NDP and Bloc to put the docile collegiality of the pandemic Parliament behind them and start acting like real opposition in 2021.

“We’ve got an unprecedented situation that requires us to take actions that are different from past practices.”  —Manitoba Premier Brian Pallister explaining why he invoked the province’s emergency powers legislation

Perhaps taking a cue from the prime minister, provincial and municipal leaders deemed the health threat sufficient reason to grant themselves supreme authority.

In the early days of the pandemic, most provincial, territorial and municipal leaders across the country invoked emergency powers legislation, which gave them sweeping powers to shut down businesses and services, limit public gatherings, lock down nursing homes, impose public health restrictions and punish those who refused to fall into line. (B.C.’s provincial government has issued hundreds of thousands in fines to businesses and individuals who flout the restrictions.)

While governments needed this extraordinary measures to act quickly and remain flexible to the fast-developing crisis, it presented them with too great a temptation to misuse the power and push through policy measures on non-pandemic issues. (Here’s a handy tracker of all federal and provincial measures invoked during the pandemic.)

Ontario MPP (and former Tory) Randy Hillier suggested that Premier Doug Ford’s government had become “addicted to authority” as a result of having these special executive powers. By allowing Ford’s government to “operate without accountability or scrutiny,” Hillier predicted the premier would “continue to find cause to extend this emergency for their entire mandate.”

Outlook for 2021 After the pandemic, questions will be asked whether government leaders acted in good faith or whether they took advantage of their extraordinary powers, says Roojin Habibi, a lawyer at the Global Strategy Lab at York University in Toronto. “We have a wonderful document called the Charter of Rights and Freedoms,” Habibi says, which will allow us to “evaluate the government very closely to see whether they had our best interests at heart.”

The Rise of the “Scientocracy”

“The experts are going to be so important in making determinations around what is the best path to move forward for our country.”  —Prime Minister Justin Trudeau

“I have to listen to the health experts.”  —Ontario Premier Doug Ford

Trust the experts. Trust science. These ubiquitous admonishments not only became the most (over)used political catchphrases of 2020, but they paved the way for the meteoric rise of influence by unelected decision-makers.

Before the pandemic, few Canadians could identify Dr. Theresa Tam as Canada’s chief public health officer. But thanks to her tireless work and frequent press conferences, Tam somehow morphed into a huge media star. Along with provincial counterparts like Dr. Bonnie Henry in B.C., Dr. Deena Hinshaw in Alberta and Dr. David Williams in Ontario, these unelected health experts have not only become household names but have exerted a huge influence on shaping the response to COVID-19, including closing workplaces, shutting down businesses, restricting public movement and ordering the use of protective face coverings.

Outlook for 2021 While these measures were critical in containing the spread of the virus, it’s dangerous for democracies to grant so much power to appointed officials. Most people are counting the days until these medical officers can return to doing their important work behind the scenes. Perhaps the only people not looking forward to that day are the politicians. During the pandemic, they were more than happy to shift the blame of unpopular measures on to the shoulders of health officials. After the pandemic, they’ll have to find new scapegoats.

When the pandemic started to exert its grip on Canada, governments at all levels unleashed a spending frenzy that hasn’t yet abated and is likely to be with us for most of 2021.

Although the federal Liberals haven’t released a budget accounting for the final COVID-19 tab, the massive outlays on personal protective equipment, swabs, respirators, not to mention employment relief (CERB and the wage subsidy), business loans and rent relief, sector bailouts, vaccine development and more have swollen the federal deficit to more than $400 billion.

It’s a bewildering figure and one that will take generations to pay off. Freeland frequently assures Canadians that throwing oodles of money at the problem is the right move, arguing that “doing too little is more dangerous and potentially more costly than doing too much.” The Liberal doctrine of spending no matter the cost has some Canadians worried we’re putting far too much strain on our fiscal resources.

Outlook for 2021  Look for the Opposition (read Conservative Party) to step up its criticism of the Liberal government spending programs. They’ll increasingly liken the government’s strategy to committing fiscal suicide. In fact, it has already started. “We are not at the cliff or even at the edge of the cliff but we can see the cliff, and this government is running toward it as fast as humanly possible,” said Tory finance critic Pierre Poilevre, responding to the government’s fall economic statement.