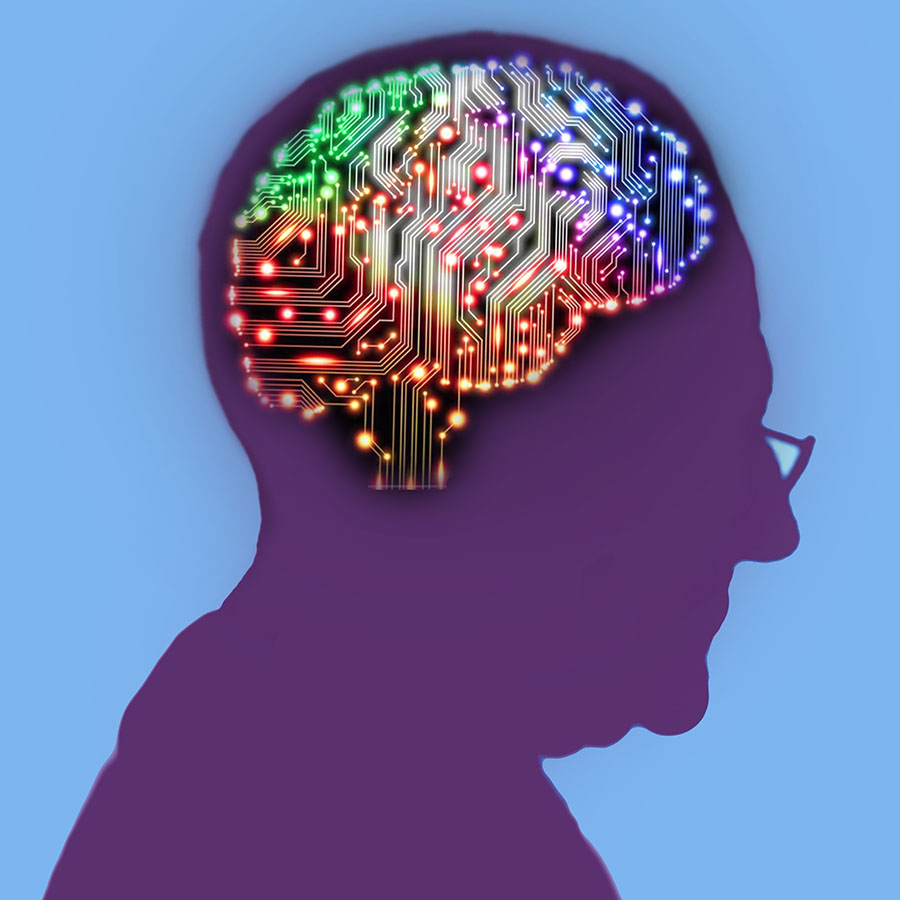 January is Alzheimer’s Awareness Month in Canada, so there’s no better time to commit to making a few lifestyle changes to boost your brain power and combat the risk of dementia. Photo: Fanatic Studio / Gary Waters

Being cooped up (and stressed out) during a global pandemic can affect sleep, anxiety levels and even brain function, including memory. But making a few healthy lifestyle changes can help to boost your brain health and reduce the risk of memory loss and dementia.  Alzheimer’s disease is the most common form of dementia.

“What’s good for your heart is good for your brain,” says Nalini Sen, director of research with the Toronto-based Alzheimer Society of Canada. Dementia develops when risk factors overwhelm the brain’s ability to repair itself. While you can’t control your age or genetics, it’s possible to control other risk factors through diet, exercise and — not to be underestimated — social connection.

Those who exercise regularly, for example, are less likely to develop risks associated with dementia, like heart disease, stroke and diabetes. One of the best forms of aerobic activity is walking, says Sen, since it pumps blood to the brain and nourishes cells.

Yet it can be a challenge to stay active during the pandemic, thanks to lockdowns and physical distancing requirements. Gyms and yoga studios are closed, as are many of our community hangouts. Add winter into the mix — with icy, slippery streets — and the simple joy of walking outdoors can be treacherous.

On those days when it’s icy or just downright miserable outside, technology can help.

“During COVID, people have had to be resourceful and lean on technology,” says Sen. There are plenty of free YouTube and app-based fitness, yoga and meditation classes, many of which are free. But interactive, livestreamed classes have an added benefit: they also provide a sense of social connection.

“That socialization is key,” says Sen. Research shows that regular interaction with others could help to lessen the risk of developing dementia, as well as risk factors such as social isolation and depression, according to the Alzheimer Society of Canada.

Beyond fitness classes, there are plenty of online options for connecting with others, such as virtual book clubs, painting lessons, language classes or even gaming with online partners. Engaging in social activity is good for the brain, says Sen, but it can also give your brain a workout — through chess, sudoku, jigsaws, crosswords and memory games.

“Try to do things that you don’t normally do: learn a new instrument, learn a new language. It helps to exercise new parts of the brain,” says Sen. “Evidence has shown that [using different parts of your brain] can help to prolong the potential onset of dementia by up to five years, if you do that on an ongoing basis.”

Sen also recommends following a Mediterranean diet, which minimizes processed foods and red meat while emphasizing fruit, vegetables, whole grains, legumes, fish and olive oil. “COVID or not, really think about what you’re putting into your body,” she says. “Think about the colours of the rainbow.”

Blue and purple fruits and veggies — like blueberries, blackberries and purple cabbage — are packed with antioxidants, while greens are good for your brain, bones, teeth and vision. “Green, leafy foods like broccoli and spinach are high in Vitamin K and are beneficial for dementia prevention,” says Sen. And tap into grocery or meal-prep home delivery services to avoid extra trips to the grocery store during the pandemic.

While diet and exercise are essential for boosting your brain power, so too is the power of social connection — especially for anyone who’s feeling isolated. Sen recommends using video-chat technology like Zoom, FaceTime or WhatsApp when we can’t see friends or family in-person. “It’s … encouraged for someone who’s isolated at home so they can see the faces of loved ones,” she says. “It’s the next best thing.”

An Ounce of Prevention…

January is Alzheimer’s Awareness Month in Canada, so there’s no better time to commit to making a few lifestyle changes to boost your brain power and combat the risk of dementia.

It’s been 17 years since the U.S. Food and Drug Administration (FDA) approved a drug for Alzheimer’s. A new antibody drug candidate, Biogen’s aducanumab, claims to slow cognitive decline, and the FDA is expected to make a decision regarding its approval by March.

But according to an article in Science, researchers in an independent advisory panel convened by the FDA have concluded that “even the strongest available clinical trial data don’t support its effectiveness” and more research is needed.

“No additional treatments that have been deemed effective are surfacing at this time,” says Sen. It seems, then, that in this case an ounce of prevention could be worth a pound of cure.