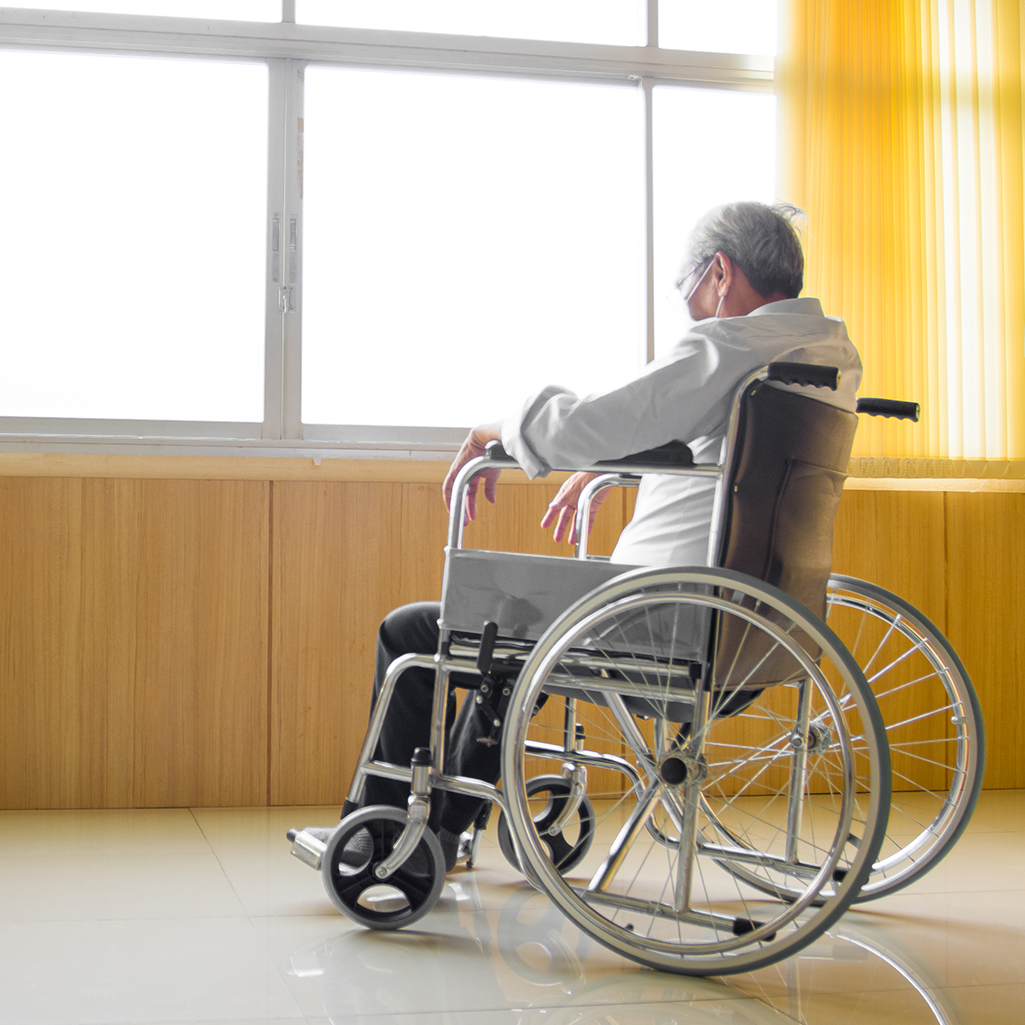 Since last spring, the 34-year-old physician has stepped up as a fearlessly outspoken advocate for seniors suffering disproportionally from the pandemic.

He’s especially forceful about the plight of residents of long-term care and retirement homes.

“This is a population, particularly in long-term care (LTC), where 70 per cent have dementia and 90 per cent have cognitive impairment,” he said. “They cannot easily advocate for themselves. It’s a relatively easy population to overlook and to marginalize. Also, they wield very little political power. They have limited life expectancies, and most won’t be alive for the next election. That’s why we got to the point where there was so much neglect.”

The pandemic, he said, brought the neglect into sharp focus.

“It’s a nuclear bomb of tragedy.”

Stall doesn’t shy away from using strong words like “nuclear bomb” and “catastrophic” to describe the tragedy that has resulted in the deaths of one in 20 Ontario LTC residents due to COVID-19.

He warned in September about how Ontario was set to repeat its first-wave mistakes in the long-term care sector, which saw the deaths of 1,848 residents. “There have already been 1,753 deaths during this second wave,” he says.

In December, Stall called the outbreak at Hamilton’s Shalom Village, where 20 residents died, “a disaster” and said Shalom Village did not act quickly enough. “I have seen this movie several times before in different provinces and across the world,” Stall said. “It always ends the same way.”

When COVID-19 claimed the lives of more than 63 of 129 residents of Roberta Place, a long-term care home in Barrie, Ont., Stall warned on Feb. 1 that the outbreak “could be the canary in the coal mine for Ontario’s third wave.”

Stall led a revealing and oft-quoted study of Ontario LTC homes published in the August issue of the Canadian Medical Journal that showed for-profit LTC homes have larger and deadlier outbreaks of COVID-19 mainly because of the higher proportion of older design standards and chain ownership in for-profit homes.

“The COVID-19 pandemic has laid bare long-standing issues in how LTC homes are financed, operated and regulated,” the study concluded.

His fierce criticism of social policy and his recent high-profile – he’s a frequent guest on news and talk shows – has made him a target of attacks. “I’ve been getting more and more people attacking me,” he acknowledges. “Journalists, people calling my office, crazy emails.”

With a goal of wanting to bring about change, he says it’s been worth it.

And he has made a difference, although he is modest about his leadership. “Collectively, using data and advocacy, we helped to change visitor policy in LTC and retirement homes to allow family caregivers to be welcomed back.”

He also repeatedly insisted that LTC and retirement home residents should be prioritized for the vaccine. The Ontario government finally responded by advancing the deadline for that population from Feb. 15 to Feb. 5. It has now been moved to Feb. 10 because of lack of vaccine supply.

He’s clearly frustrated that, as of Feb. 2, less than one in five of the 350,000 vaccines administered over 50 days in Ontario has been given to LTC residents, and yet, he notes, “this population accounts for two-thirds of all Ontario COVID-19 deaths.”

Stall keeps pointing out that the province waited until Jan. 5 to move the vaccine into these homes even though the manufacturer Pfizer advised the Public Health Agency of Canada on Dec. 18 that it could be safely moved. He calls the delay a “deadly mistake.”

He is adamant that his role as a physician requires this kind of fierce advocacy and outspoken criticism of policy.

“What has happened very transparently is the politicization of public health and, as doctors, we have a responsibility to patients and patients alone.

“My guiding star in this pandemic is, ‘Am I going to feel I was on the right side of history when this is over and, if I fail to speak out, are there lives that could have been saved?’” Stall said on a CBC broadcast of White Coat Black Art hosted by Dr. Brian Goldman.

He explains, “Decision-makers have a responsibility to many people, and their decisions are not always what prevent the most cases and save lives.

“Sometimes their decisions are guided by the economy or political polls. We’re seeing that in a number of ways, in many places, how some things really went wrong, where they’ll tolerate more misery and more lives lost to keep the economy open for business.”

As for federal decisions about allocating the vaccine supply to provinces per capita, he says, “That’s a political decision, not a public health decision.”

The federal government, he says, is, “toeing the line about how the Atlantic provinces shouldn’t be punished for good behaviour.”

Stall has been asked since he was a student planning to specialize in geriatrics, why this field of medicine, a rare choice for young physicians in training, appealed to him. He says he enjoys the complexity of geriatrics and the fact that geriatrics combines elements of internal medicine, psychiatry and neurology – and now, health policy.

He was brought up in a family that has focused on the well-being of seniors. His father, Dr. Richard Stall, is a Toronto psychiatrist who treats the geriatric population, and his mother, Dr. Lisa Berger, is a public health physician and faculty member at the University of Toronto’s Dalla Lana School of Public Health.

His concern for seniors is both “personal and professional,” Stall says. Not only does he advocate for the elderly during the pandemic, caring for patients in clinic and on call, he is currently the assistant director of Ontario’s COVID-19 Science Advisory Table. His 91-year-old grandmother, whom he visits regularly, lives in a Toronto retirement home.

“It’s too easy to marginalize or de-prioritize them,” he says. Isolating them is “immoral and unethical.” As a society, “We’ve overlooked the needs and well-being of older adults,” he says.

“Now it’s impossible to look away.”