Post-Menopausal Migraines: Is There Relief? 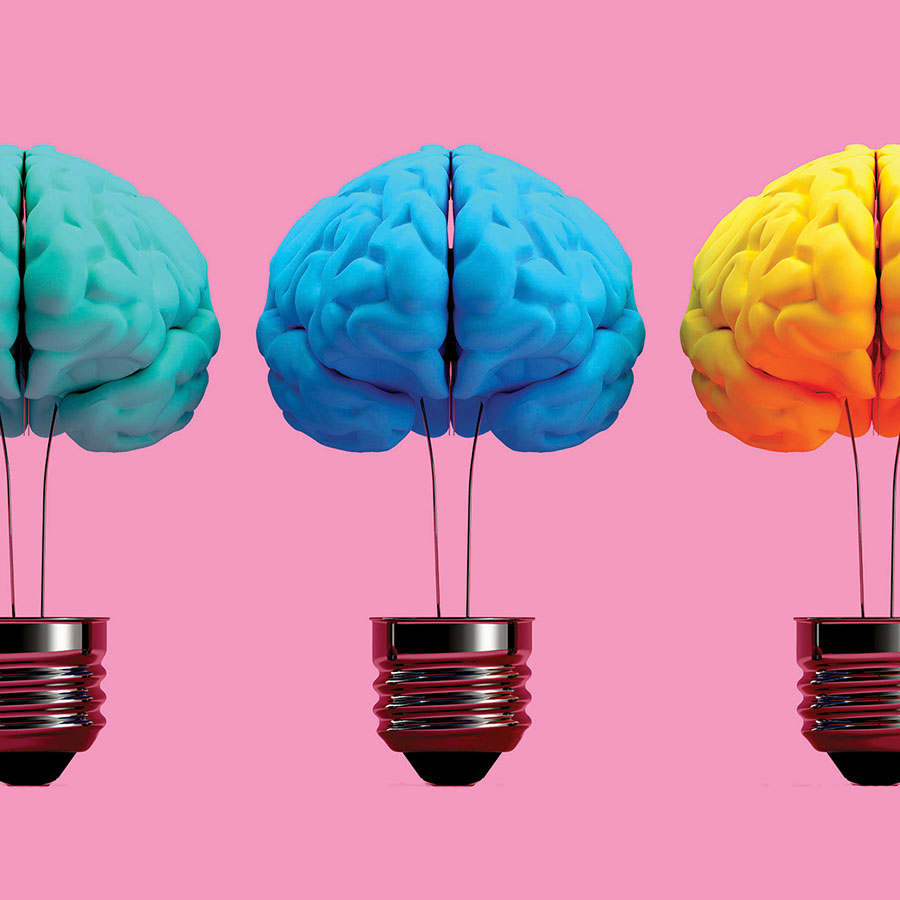 Fluctuations in estrogen are often a trigger for woman who suffer migraines, but some don't find any relief after menopause when estrogen levels fall. Photo: Kinbostanci/Getty Images

Women expect blessed relief from both hot flashes and migraines after menopause but, while the heat may be dialled down, the headaches never end for one-third of women.

It’s just past midnight, and I am slumped in the corner of a Toronto emergency department, hood pulled tight against the searing pain of overhead lights. I am, however, unprotected from noise. I cringe weakly each time nurses call a patient or the doors squeak open.

It’s the fifth day of a migraine from hell, and it’s the first time I’ve been desperate enough to go to a hospital. But the nurse who hooks me up to a series of intravenous drugs tells me she sees two or three patients like me every week.

At 54 and post-menopausal, I thought I’d be done with this. Like many women who suffer migraines, my doctor told me I should expect worsening symptoms as I approached menopause, followed by a lessening and then blessed absence.

In fact, roughly two-thirds of women do leave their migraines behind after menopause. The other third is “extremely disappointed,” says Dr. Elizabeth Leroux, a neurologist at Montreal’s Brunswick Medical Centre who treats migraine sufferers. “They are in a dark spot.”

Roughly 25 per cent of women around the world – or almost a billion women – suffer from migraines, compared to eight per cent of men. And of those billion women, just over 300 million are over the age of 50.

Fluctuations in estrogen, such as before or during menstruation, are often a trigger, which explains the difference between the sexes. It also explains why most women with migraines find they get worse during perimenopause, when estrogen levels can fluctuate wildly, and relief after, when they bottom out and stay low.

Toronto content strategist Verna Kulish, for example, recalls one particularly wicked migraine during perimenopause. “It lasted 20 days,” she says. “I had just one day when I had to lie down in a darkened room but I had to work from home.”

Kulish is now 54 and post-meno-pausal but still suffers a couple of bad migraines every year. “They suck the energy out of me,” she says. “Honestly, I’m just so tired of them.”

She’s not alone. In fact, some of Leroux’s patients are so desperate to be rid of their migraines that they enquire about surgical menopause – having their ovaries removed.

“It speaks to what women are willing to do to get rid of their migraines,” says Leroux, who advises against it because there is not enough evidence that it works. The very few studies on the topic show that among women who had their ovaries removed, two-thirds reported worsening migraines and one-third improved.

Not Just a Bad Headache

As anyone who has ever experienced a migraine can tell you, they can be debilitating. The pain is a severe throbbing or stabbing, usually on one side of the head. It’s often accompanied by nausea, vomiting and extreme sensitivity to light, sound and even smell. It can be a struggle to think straight as brain fogginess sets in. Attacks can last for hours to days, and the pain can be so severe that you retreat to a dark, quiet room until it’s over.

While about 20 per cent of sufferers get a warning symptom known as an aura – visual disturbances such as flashes of light or blind spots, numbness or difficulty speaking – for most, the pain simply begins.

It’s thought to be the result of high levels of certain chemicals in the brain, in particular calcitonin gene-related peptides (CGRP). These chemicals act as “an inflammatory soup, which causes irritation of the lining of the brain, which in turn activates pain signals,” says Dr. William Kingston, a neurologist and headache specialist at Sunnybrook Health Sciences Centre in Toronto.

Migraines tend to run in families, so genetics almost certainly plays a role. But frustratingly, exactly what triggers the inflammatory chemicals is different for everyone.

“I have some patients who overturn their life to find their triggers,” says Kingston. “And this can cause stress that provokes migraines.”

In addition to stress and hormonal changes, alcohol, lack of sleep, a drop in barometric pressure, red food colouring, the preservative monosodium glutamate and salty or processed foods can all be culprits. Distressingly, chocolate can also be a trigger.

Leroux, president of the Canadian Headache Society and the founder and chair of Migraine Canada, says there is very little research on why some post-menopausal women get no relief, and may even find their migraines intensify.

However, some factors are well established. For example, older women are often retired and are no longer raising children, so stress is a less common trigger as women age. Others are more common – degeneration of the bones in our neck and spine, weight gain, sleep disturbances and changes to our gut microbiome, says Leroux.

Just as triggers change as we age, treatments may also need to be reassessed. That’s because we’re more likely to have other underlying health conditions and take medication that could interfere with migraine drugs.

Kidney problems and high blood pressure, for example, are more common as we age, and anti-inflammatory pain relievers such as ibuprofen can make these conditions worse, says neurologist Dr. Sian Spacey, director of the Headache Clinic at the University of British Columbia.

A class of drugs called triptans – commonly prescribed for migraine attacks because they inhibit the release of CGRP – may also be a problem for those with untreated high blood pressure.  Same thing for a relatively new class of drugs called monoclonal antibodies, which work by deactivating CGRP.

The problem with both triptans and monoclonal antibodies is that in addition to their effect on CGRPs, they can also narrow blood vessels or interfere with their dilation.

“We need to use these with caution in patients with cardiovascular disease,” says Spacey. “They may have pre-existing narrowing of their blood vessels. If you further narrow them, you might cut off the blood supply to the heart.”

Preventive treatments to lessen the number and severity of attacks are generally safe for post-menopausal women, even those with high blood pressure or kidney problems. These include low doses of certain antidepressants and epilepsy drugs.

Botox injections in the head and shoulders are also safe. Botox, a drug made from the bacterial toxin botulin, is best known as a cosmetic treatment for wrinkles by temporarily paralyzing muscles. As long as you’re not ingesting it, it’s safe. In the case of migraines, it’s not Botox’s ability to paralyze muscles that’s important, but its ability to block the mechanism used by nerves to release CGRP.

While hormone replacement therapy is not generally prescribed for migraines, some women who take HRT for menopausal symptoms find their migraines improve. But, because some studies suggest HRT increases the risk of stroke in women who experience auras with their migraines, most specialists are loath to prescribe it.

Finally, drugs commonly prescribed for blood pressure can be particularly effective to prevent migraines as we get older, says Spacey.

There’s Always a “But”

Both preventive drugs and those for acute attacks can lose their effectiveness after a few years, but a “drug holiday” of several months can help restore their power, says Leroux. During that time, migraine sufferers can switch to a different form of medication, or they can take their chances.

I rolled the dice. I was on a drug holiday from my preventive medicine, a low-dose antidepressant, when I ended up in the emergency department. The drug had stopped working about three months before, and I hadn’t gotten around to
making an appointment for a different prescription.

My triptan pills for acute attacks might have worked, but the migraine came on in the middle of the night. When I woke up, it was in full bloom, and the triptans alone couldn’t touch it. I needed two different types of heavy-duty, intravenous anti-inflammatories, plus an intravenous dose of triptan.

And while I hope never to return to the emergency department, it’s good to know it’s an option of last resort in the decades ahead.

Very early menopause – before the age of 40 – increases your risk of depression by about 45 per cent, according to new Canadian research.

In a study published in the journal Menopause in July, researchers from McMaster University in Hamilton surveyed more than 13,000 women aged 45 to 64 across the country, using a questionnaire that asked about loneliness, depression, hopefulness for the future and sleep.

Previous research shows that, in general, women are at greater risk for depression two to three years before their final period and in the early post-menopausal years. This is partly because of fluctuating, and then plummeting, estrogen hormones.

The longer a woman’s brain is exposed to estrogen, either because of early menstruation or late menopause, the less likely she is to be depressed after menopause, says Shea.

While lack of estrogen can trigger depression, hormone replacement therapy is not necessarily the answer, she says. If it helps with hot flashes and sleep, it can certainly help boost a woman’s mood. But if she doesn’t experience these symptoms, HRT is unlikely to have an effect.

The average age of menopause is 51, but it can happen as early as your 20s and 30s, and often there is no clear explanation. But some causes are well known, such as cancer treatments, autoimmune diseases like multiple sclerosis or the surgical removal of the ovaries.

Post-menopausal women are at greater risk from COVID-19 than younger women, and the culprit may be reduced estrogen.

Women infected with the virus that causes COVID generally have milder symptoms than men – that is, as long as they are still menstruating.

Researchers think it’s because estrogen helps protect the lungs and other organs from damage wrought by COVID. But with menopause comes reduced estrogen and possibly weakened protection.

The study used data from more than 500,000 women in the United Kingdom who used the COVID Symptom Study app to report symptoms of the virus.

If a lack of estrogen increases a woman’s COVID risk, does hormone replacement therapy reduce it? The King’s College researchers found it impossible to untangle the effects of various HRT dosages, delivery methods and durations.

There may be reason to be cautious about HRT if you have COVID. That’s because COVID can sometimes cause clots in blood vessels, and HRT can elevate a woman’s risk of developing clots.

In the United States, researchers are launching clinical trials to see if giving men and older women estrogen might reduce COVID symptoms. “Although the jury is still out, it would not be recommended to stop hormone therapy,” says Dr. Alison Shea, an obstetrician and gynecologist at St. Joseph’s Healthcare Hamilton and McMaster University. “There is more risk in stopping and then restarting in terms of coagulation and cardiovascular effects.”

A version of this article appeared in the Jan/Feb 2021 issue with the headline “Pain Point,” p. 82.