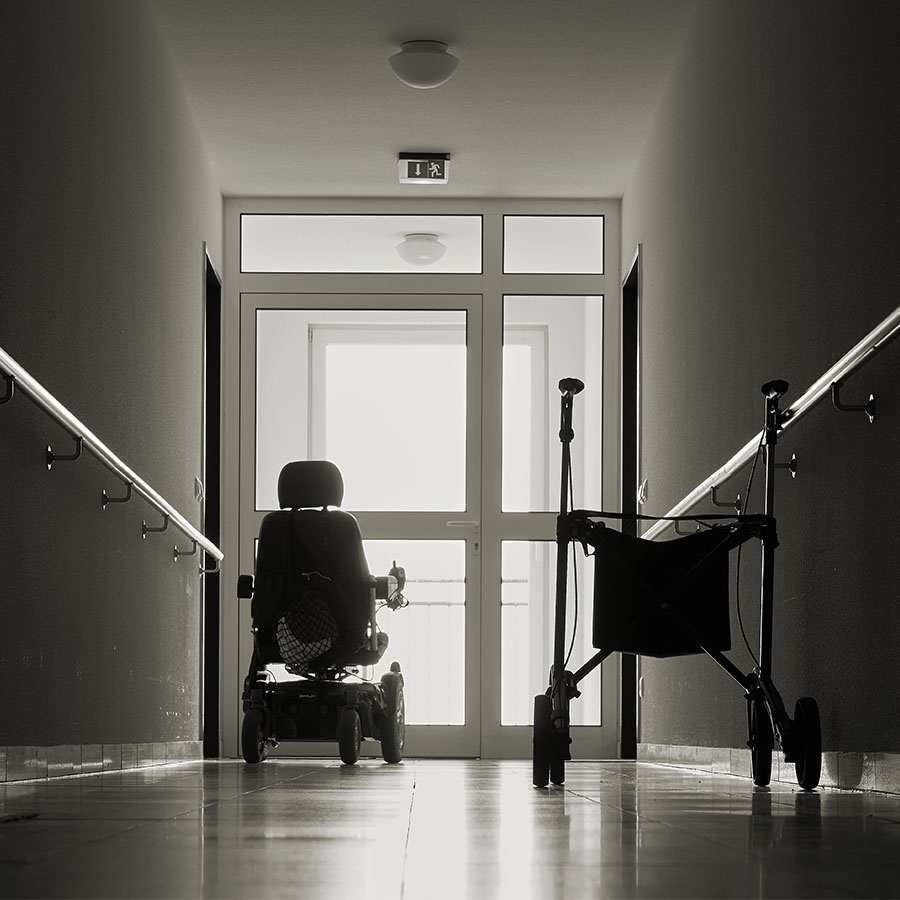 When the pandemic is over….

The notion may seem strange, but at some point the COVID-19 catastrophe will come to some sort of end. The question is, where will we be then? What change will we see after the deaths and failures to protect seniors, the hardest-hit group of people?

Will governments do anything after COVID-19 killed more than 14,000 residents of long-term care and other seniors’ facilities — seven in 10 of the 20,500 Canadians who died, one of the worst rates in the world?

Or will the nursing home COVID-19 disaster be quickly forgotten, like so many earlier ignored tragedies in these places? The sad list is well known. The horrific fires. The caught-on-video abuse and neglect. Bad food. Rampant chemical and physical restraint. Horrible infection control. Terrible understaffing. Ward rooms shared by up to four residents. Serial killings by a crazed nurse.

And then there’s the plain old poor care in a cold, institutionalized system that warehouses elders, hobbled by the triple assault of ageism toward residents and society’s racism and sexism toward the mostly racialized, female staff who are paid too little, worked too hard and are given inadequate training and support.

As we ponder post-pandemic life, a hopeful roadmap out of this mess is revealed in two essential and complementary new books from two of Canada’s leading journalists covering eldercare — Globe and Mail health columnist André Picard and Toronto Star investigative reporter Moira Welsh — who together have half a century of experience grappling with the topic.

“Eldercare in this country is so disorganized and so poorly regulated, the staffing so inadequate, the infrastructure so outdated, the accountability so non-existent and ageism so rampant, there seems to be no limit to what care homes can get away with,” Picard writes in his Neglected No More: The Urgent Need to Improve the Lives of Canada’s Elders in the Wake of a Pandemic (out March 2 from Random House Canada).

“In Canadian health care, it seems, no screw-up, no matter how big or small, how sickening or deadly, is ever anyone’s fault. It’s always the fault of ‘the system.’ So let’s fix the damn system,” he writes. Picard’s book offers a clear blueprint for how to do that. Starting at the height of the pandemic’s first wave last spring, he squeezed in book-writing amid his newspaper work, regular CBC radio appearances and answering online questions from worried readers. A publisher had sent him a short email asking, “Long-term care homes: is there a book to be done?” Picard leapt at the idea.

Apart from covering Canada’s troubled eldercare for 30 years — an experience often leaving him barely able to “contain my fury,” as he writes — he had experienced the flaws personally when his own late parents endured nursing home life in their final years. “Their care was frustratingly difficult to access, disjointed, costly and, ultimately, mediocre at best. In other words, typical,” he says.

Picard chronicles the beginnings of Canada’s nursing homes in the notorious system of Dickensian workhouses and asylums codified in Britain’s Elizabethan Poor Laws of 1861, then imported to Canada. “Our institutional eldercare has its origins in the penal system, not the health system,” he writes. Residents were often “considered inmates who had to work for their keep and should receive only the bare minimum of sustenance.”

When Canada created Medicare in 1966, long-term care was essentially left out. This stood in contrast to Nordic countries such as Norway and Sweden, which have funded universal eldercare since the 1940s. Canada, meanwhile, even as it prides itself on its public health care, institutionalizes seniors in hospital-like facilities, many privately owned and driven by the bottom line, where they pay steep fees for care while staffing, funding, transparency, standards and oversight fall far short of those in Medicare.

“Unlike hospital and physician care—which are covered 100 percent under Medicare —much eldercare requires private insurance and considerable out-of-pocket spending,” Picard writes. “People are denied essential care due to an inability to pay, which offends the principle of Medicare and, frankly, feels un-Canadian.”

Canada’s long-term care spending — 1.3 percent of GDP — is well below the 1.7-percent average for the Organisation for Economic Co-operation and Development, while our spending on home care — which lets seniors age in place, leaves them less vulnerable to COVID-19 outbreaks and costs less — is one of the lowest among wealthy countries.

Little surprise, then, that Canadian seniors’ homes buckled when the coronavirus came, while most authorities acted far too late to safeguard residents and staff with protective equipment, more personnel and effective guidance. “I wish I could say I was surprised, but I wasn’t terribly,” Picard said in an interview. “It was so predictable.”

As he explains, the solutions are well known, too. At least 150 inquiries, hearings, task forces and commissioned reports have documented the flaws in Canadian long-term care in the past half-century. Picard offers a blueprint for how we can do better to protect seniors from COVID-19 and future disease outbreaks and care for Canada’s aging population — which by 2035 will need an estimated 200,000 more long-term care beds at a cost of $64 billion.

Steps include moving away from the obsession with institutionalizing elders to offering more home and community care (at present, 430,000 Canadians have unmet home-care needs), affordable multi-generational housing and age-friendly accommodations in the community. Where institutional care is needed, facilities should be smaller, homelike and integrated into neighbourhoods. And eldercare should be made universal, with proper staffing and standards.

This is the happy takeoff point for Moira Welsh’s inspiring and heartening book, Happily Ever Older: Revolutionary Approaches to Long-Term Care (published in February by ECW Press). Welsh has written numerous landmark Toronto Star investigations about the horrors of long-term care, including during the pandemic, which was in a sense the culmination of all the prior horrors. Her first series, in 2003, caused Ontario’s health minister to promise a revolution in eldercare and led to new legislation with tougher oversight. The revolution never happened.

“There was always some kind of response and acknowledgement that things needed to change, but nothing really changed,” Welsh told me. Her editor suggested: “Well, find something different, find something better.” She set out to do so, stirred also by her own late parents’ move to a seniors’ home.

Welsh discovered that, amid the nightmarish rubble of awful eldercare, an exciting movement was growing in Canada and worldwide that offers a bright, life-affirming alternative.

One of the movement’s pioneers, Dr. Bill Thomas, a Harvard-trained physician, told Welsh something “that seemed outrageous to a reporter trained to uncover the worst.”

Welsh’s book takes us on a global tour to tell these “dangerous” stories, woven with her own and her parents’ first-hand experiences with eldercare. We meet forward-thinking, often-iconoclastic people transforming eldercare, such as Thomas, who quit his job at a traditional New York nursing home and created ground-breaking projects that have inspired eldercare change worldwide — the Eden Alternative and Green House Project. The philosophy is to create small-scale, people-centric care homes with plenty of green space and gardens, where residents are in charge of their day and meals while workers are trained to focus on kindness, companionship and personal development for elders.

In Saskatoon, we meet Suellen Beatty, a nurse who runs the innovative Sherbrooke Community Centre nursing home and helped spawn some of Thomas’s ideas. Her facility includes a village-like collection of small homes of less than a dozen residents each living like an extended family, each with private bedrooms, a common kitchen and family room and outside garden — vastly different from traditional institutional units housing 40 or 60.

Staff here, known as “Shahbazim” (Persian for “falcon to the king,” a gesture of respect for residents), are certified nursing assistants with specialized training to help elders enjoy a life of meaning. Guided by a philosophy of resident-directed care, workers act as caregivers, social convenors and chefs, have long conversations with residents and take turns cooking or shopping for groceries, all of which makes for a highly gratifying work environment. This, incidentally, is another common theme at people-centred care homes: happier workers. And happy workers, as Welsh points out, means happy elders.

“Oh my gosh, I would live there,” Welsh said in an interview. “It was so wonderful. And I think it really pulled in for me unexpectedly the real need for the connection to nature, at any age obviously but certainly as one grows older. Now that’s a community.”

A community of empowered people engaged with their own lives and neighbours, abundant nature all around—it’s a welcome vision for anyone of any age. Amid the tragedies and despair of the pandemic, a better time has never existed to rethink eldercare and re-centre society around different values than those that led us here.

Alex Roslin is an award-winning journalist and author in Knowlton, Que., who is writing a book about COVID-19 in seniors’ homes in Canada and around the world. He won a 2020 Dave Greber Freelance Writers Award for his incisive coverage of the COVID-19 pandemic’s deadly invasion of seniors homes, which ran in Zoomer’s July/August 2020 issue.