Try This at Home: Tests for Longevity 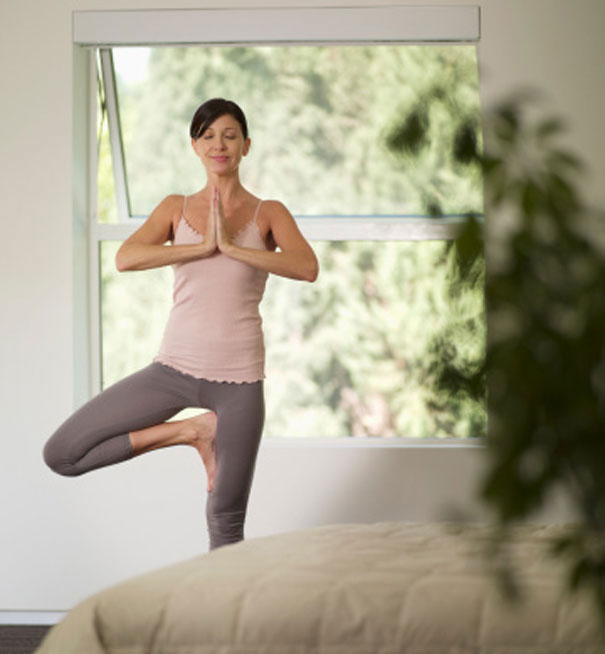 How long can you stand on one leg with your eyes closed?

The test has long been used to assess balance.

But it can also predict which middle age people are at risk of early death, suggests a new study published in the British Medical Journal.

Researchers found that this and other simple tests performed by middle-aged people can be linked with later health problems.

Men aged 53-years-old who could balance on one leg for more than 10 seconds and stand up and sit down in a chair more than 37 times in a minute were found to be least at risk of dying in the next 13 years.

For 53-year-old women, the magic numbers were more than 10 seconds for standing on one leg and getting up and sitting down more than 35 times in a minute.

On the other hand (or foot), the news isn’t great for 53-year-old men and women at the bottom end of the scale.

Those who were unable to stand on one leg with eyes closed for less than two seconds were three times more likely to die in the next 13 years than those who could do it for ten seconds or more.

And those unable to do it at all were about 12 times more likely to die in the following 13 years.

Men who could get up and sit down in a chair less than 23 times in a minute were twice as likely to die in the following 13 years than those who could do it 37 times or more.

Women who could stand up and sit down again less than 22 times in a minute were twice as likely to die in that time than those who could it 35 times or more.

And people unable to do the test at all were almost seven times more likely to die.

The study followed 5,000 people born in 1946 throughout their lives.

Another study in the BMJ showed that increasing even light physical activity led to a reduction in disability among people with, or at high risk of developing, arthritis of the knee.

Disability was defined as having problems with everyday activities. The study involved 1,680 men and women aged between 49 and 83 who had arthritis of the knee or were at risk of developing it but currently had no difficulties with every day tasks.

In a BMJ editorial about both studies, University of Toronto professor Elizabeth Badley said it’s “good news that increasing activity just a little could pay dividends.

“Even a little helps — at least as far as physical activity is concerned.”

Norms for the standing-on-one-leg-with-eyes-closed test are as follows: