HIV is a Risk at Any Age 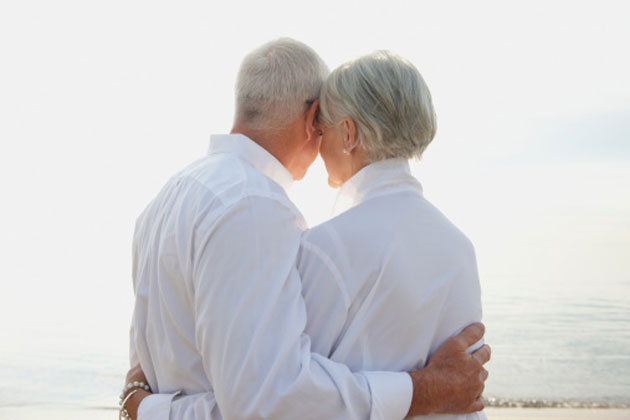 Surprised by the recent news that Charlie Sheen is HIV positive?

After all, he has made a career out of appearing to be promiscuous — he was the epitome of the profligate playboy on Two and A Half Men.

Plus, in his personal life he’s been a decidedly non-celibate celebrity.

But what may be surprising is that he was diagnosed with the disease in his late 40s.

This week, at the age of 50, he went public about the illness because he was being blackmailed into paying extortion money, including by a prostitute who took a picture of the anti-retroviral medication in his bedroom.

Not exactly a sitcom situation but one that’s a valuable heads up for older people, especially those who have been or are sexually active with more than one partner.

Because age is no protection against AIDS.

– Heterosexual contact represented 35 per cent of cases in 2011 and sex between men accounted for another 35 per cent. The majority of the remaining 30 per cent is split evenly between injection drug use and “no identifiable risk”.

– Many people have no symptoms when they first become infected with HIV. It can take as little as a few weeks for minor, flu-like symptoms to show up, or more than 10 years for more serious symptoms to appear, or any time in between.

– Signs of HIV/AIDS can be mistaken for the aches and pains of normal aging. These may include flu-like symptoms (such as headache, cough, diarrhea, fevers, and/or sweats) as well as swollen glands, lack of energy, loss of appetite, weight loss, repeated yeast infections, skin rashes, sores in the mouth or genital area, pelvic and abdominal cramps, and short-term memory loss.

– Approximately 71,300 Canadians were estimated to be living with HIV infection at the end of 2011. The increase in the number of people living with HIV since 2008 is mainly due to the fact that new infections continue to occur each year, while new treatments have improved survival resulting in fewer HIV-related deaths.

– Even with a 50 per cent reduction in the HIV transmission rate within 10 years, prevalence would still increase by 20 per cent by the end of the tenth year, according to an HIV/AIDS Oct. 2014 update from the Public Health Agency of Canada, which promotes “the continued need to expand the reach and impact” of HIV prevention, diagnosis and treatment efforts in Canada.”