Despite Knee Problems, New Itinerary Reveals Pope Francis Will Travel to Canada in July and Meet With Residential School Survivors 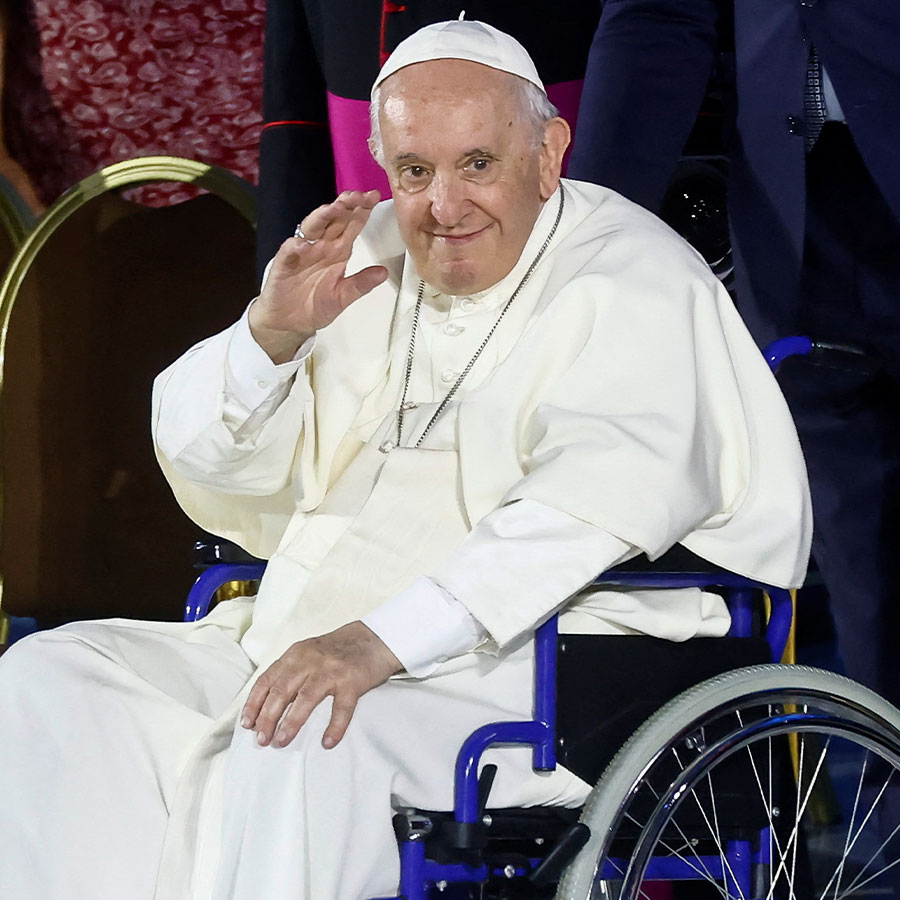 Knee problems forced Pope Francis, pictured leaving the 10th World Meeting of Families at the Vatican on Wednesday, to cancel trips to the Democratic Republic of Congo and South Sudan next month. The pontiff will, however, still travel to Canada to meet with members of various Indigenous communities. Photo: Yara Nardi/Reuters

Pope Francis will have at least five meetings with Indigenous people during a trip to Canada in July, making good on a promise to apologize in the country for the Roman Catholic Church’s role in abusive residential schools.

A programme released on Thursday showed the pope plans to go ahead with the July 24-30 trip despite problems with his knee that forced him to cancel a visit to Democratic Republic of Congo and South Sudan in the first week of July.

The state-sanctioned schools, which sought to erase Indigenous cultures and where many children suffered abuse, were at the centre of discussions between the pope and indigenous people at the Vatican in March and April.

Francis, 85, apologized during those meetings and the groups accepted his apology but the pope promised to apologize in Canada as well.

The pope will visit Edmonton, Maskwacis, Lac Ste. Anne, Quebec, and Iqaluit in Canada’s Arctic territory. He is scheduled to deliver nine homilies and addresses and say two Masses.

Most of his first day in Quebec on July 27 will be taken up by meetings with Canadian officials, including Prime Minister Justin Trudeau, who also asked him to visit Canada to apologize over the residential schools.

About 150,000 Indigenous children were taken from their homes to residential schools. Many were subjected to abuse, rape and malnutrition in what the Truth and Reconciliation Commission in 2015 called “cultural genocide.”

The stated aim of the schools, which operated between 1831 and 1996, was to assimilate Indigenous children. They were run by Christian denominations on behalf of the government, most by the Catholic Church.

Francis issued an historic apology on April 1 at the end of a week of meetings with a first group of Canadian Indigenous people.

“For the deplorable behaviour of those members of the Catholic Church, I ask forgiveness from God and I would like to tell you from the bottom of my heart that I am very pained,” he said at the time.

On his last day in Canada, in Iqaluit, capital of the territory of Nunavut, he is due to have a private meeting with survivors of the residential schools.

The recurring schools scandal broke out again last year with the discovery of the remains of 215 children at the former Indian Residential School in Kamloops in the Western Canadian province of British Columbia. The school closed in 1978.

The discovery brought fresh demands for accountability. Hundreds more unmarked burial sites have been found since.