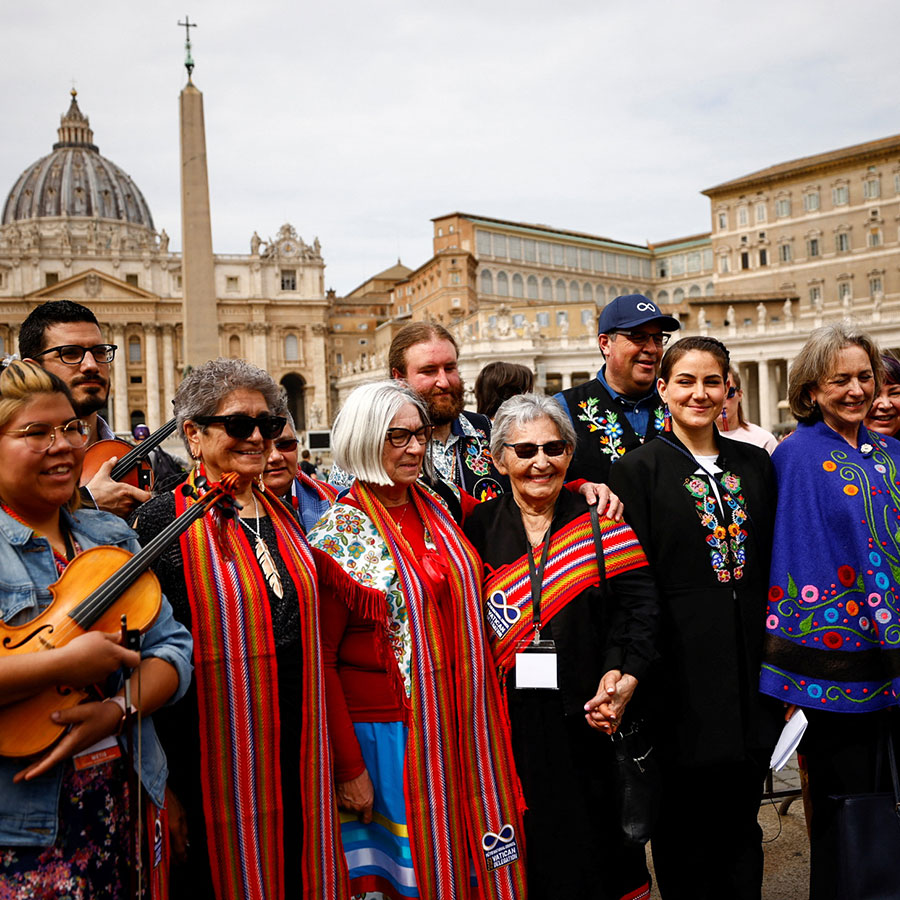 Survivors of Canada’s residential schools on Monday asked Pope Francis for unfettered access to Church records on the institutions where indigenous children were abused and their culture denied.

Francis met for about an hour each with representatives of the Métis and Inuit nations, the first of four meetings this week with Canada’s native peoples in what both sides have called a process of healing and reconciliation.

“It was a very comfortable meeting,” Cassidy Caron, president of the Métis National Council, told reporters afterwards, adding that the pope listened attentively as three elderly survivors told their stories.

The stated aim of the schools, which operated between 1831 and 1996, was to assimilate indigenous children. They were run by several Christian denominations on behalf of the government, most by the Catholic Church.

“He repeated ‘truth, justice and healing’ (in English) and I take that as a personal commitment so he has personally committed to those three actions,” she said.

“I felt some sorrow in his reactions …. we shared a lot with him,” Caron said.

About 150,000 children were taken from their homes. Many were subjected to abuse, rape and malnutrition in what the Truth and Reconciliation Commission in 2015 called “cultural genocide”.

Caron said the topic of records came up. Records are held in Canada, in archives of religious orders, and possibly in archives of the Vatican’s missionary department.

“The Métis nation needs to be sure to understand our full truth, and that will be unfettered access to Church records and we will be speaking more with the pope on this,” she said.

Canada’s indigenous peoples and the Canadian government want the pope to visit Canada to make an apology there for the Church’s role in the schools.

Caron said she was not disappointed that the pope did not apologise on Monday because the indigenous want him to do so in Canada.

She said she expected the trip to be “soon.” Vatican sources have said it will likely be this summer.

“While the time for acknowledgement and apology and atonement is long overdue it is never too late to do the right thing,” she said. “Now it is his (the pope’s) turn to join us in that work,” she said.

A Vatican statement said the pope had a “desire to listen and make space for the painful stories of the survivors”.

The recurring schools scandal broke out again last year with the discovery of the remains of 215 children at the former Indian Residential School in Kamloops in the Western Canadian province of British Columbia.

The discovery at the school, which closed in 1978, reopened old wounds and brought fresh demands for accountability. Hundreds more unmarked burial sites have been found since.

“Part of justice is acknowledging what has taken place in the past. That acknowledgement, even though it was not him personally, is really meaningful and important,” Caron said.

Alanis Obomsawin, 89, Reflects on Life and Indigenous Storytelling as New Collection of Her Work Debuts