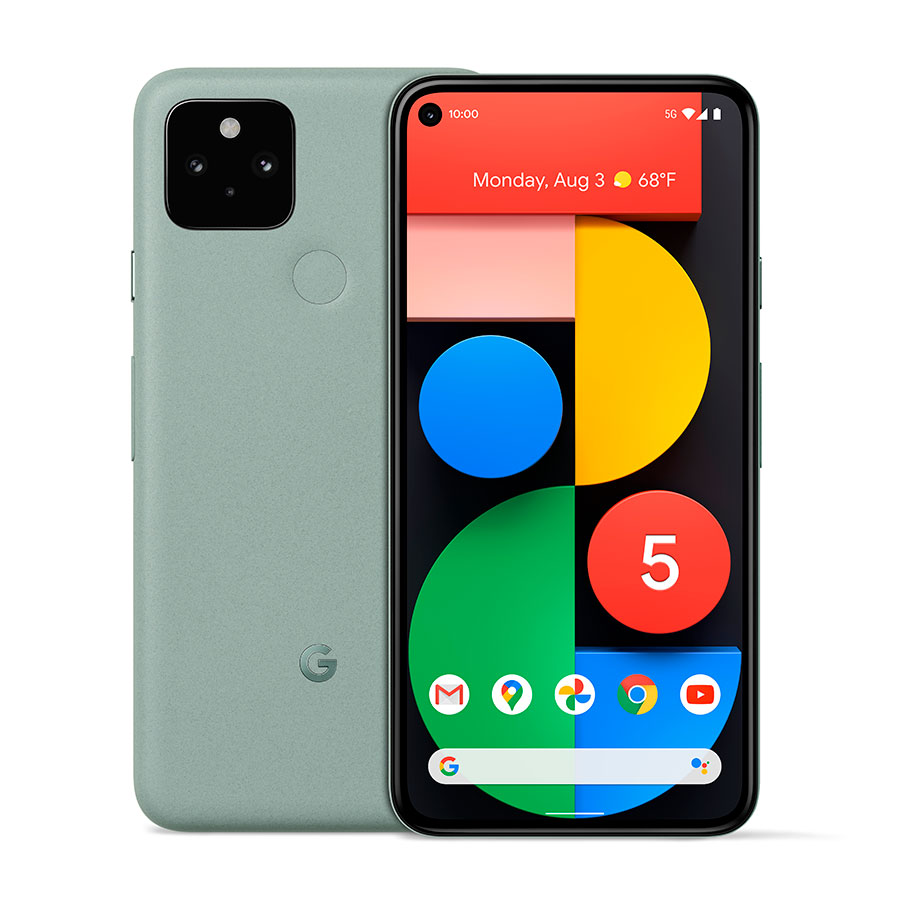 Google's new offering of phones, the Pixel 5 above and the 4a, boasts plenty of high-tech camera features, including text recognition, at a budget-friendly price. Photo: Courtesy Google Pixel

Google did something remarkable with its latest phones: It took the pandemic into consideration.

The news this month is going to be all about Apple and the various iPhone 12s being released between now and November 13, with the usual sleet storm of specs making you read review after review after review trying to figure out which model of which phone is perfect for you and your very specific needs.

But this also being month eight of a global pandemic that’s seen Canadian unemployment rates double (after nearly tripling for a couple of months), I am really only interested in one specification: price. And, while iPhone 12s start at $1,399 ($979 for the Mini), the Pixel 4a costs $479. And when the Pixel 5 comes out on Oct. 29, it’ll be $799. (There’s also going to be a confusingly named 4a 5G that will be $679 when it’s released November 19; I only tried the Pixel 4a and 5 that were sent to me for review.)

I’ve been reading phone reviews for years now, and I think they’ve entered their decadence, the stage that comes just before senescence. So many people read them and, as a result, so many people are employed to write them, and required by their employers to write so damn much about them to feed the hungry phone market maw that they’ve become ridiculous. I read a review of the 4a that called the back of it boring. Whether a battery’s charge lasts a day or a day and a half doesn’t matter so much to me because I charge my phone at night. Just because a feature exists does not mean you need it on your phone. (I’m looking at you, wireless chargers that degrade unreplaceable batteries at a way higher rate than just plugging the things in – though, for the record, the Pixel 5 is wirelessly chargeable).

Then there’s the lens frenzy that mirrors the megapixel bubble of the early 2010s that’s mostly been fuelled by Apple. Those billboards are beautiful, Apple, but most of us are just taking pictures of cute dogs we see on the street and texting them to our friends.

I’ve tried both the 4a and the 5 that Google sent to me for review. I have been a Pixel fan since its first iteration, and grown attached to the sort of relationship the phones have to their mother ship, equivalent to the iPhone’s with its company, but Google is so much bigger. Apple cares about Apple, and it cares about it very well. Google is about the world, and it shows on its phones. Once you try Google Lens – the camera function that identifies what it’s looking at for you, from buildings to butterflies to text – you’re going to have a hard time using any other phone camera. I’m not a horticulturalist by nature, but ever since that first Pixel, taking walks through ravines and up hills, pointing my camera at flowers and snails and being told exactly what they are and being led to pages that tell me everything about them, and sounding very smart on the resulting Instagram posts, has become one of my favourite things.

There is very little bezel – phone-world speak for the non-screen bits around the edges – which means that though these phones are regular sized, their screens are only 4.8mm smaller than my current phone, the old 2XL.

But maybe the best thing about both the 4a and the 5 is another new Lens feature (that will probably be reverse integrated into older Pixels): if you point the phone at a page in a book, it will recognize it, and allow you to treat it like text on your screen. Meaning you can cut and paste from a real live book, send favourite passages to friends, look up unfamiliar words, and paste passages directly into a Google Doc if you’re a student, a business-book power reader, or just someone who likes to collect beautiful passages.

There is one thing that caught me a little off-guard on the 4a: It has a 60hz refresh rate. I didn’t know about this particular spec until I noticed the tiniest little lag when I tried to open the camera function on WhatsApp and take a picture. It was likely measured in milliseconds, but it was jarring, and a little annoying. The 5’s is 90hz, like the 4. (The iPhone 12s, by the way, will be 60.)

One thing worth mentioning, although it is almost certainly an anomaly: With out anything I would consider unusual trauma, the 4a screen broke – cracked right in half – two weeks after I got it. This is the first time I’ve had a screen break going back to my Blackberry days (and since accidental damage is not covered by the warranty, that’s that for the 4a). A lot of screens are made of the same stuff these days, something called Gorilla 6 made by Corning. iPhone is boasting a ceramic shield on its 12s that offers four times more protection compared to an unprotected phone — though, to be fair, that’s exactly the claim made by screen protectors you can get for $35.

Some people have $1,400 for a new iPhone 12 right now, and more power to them. But a lot more of us than, say, eight months ago, do not. If the iPhone 12 was a monument of telephonic achievement, a watershed, I’d consider it. It’s not. It’s just pretty. And so are the Pixels. You can literally buy three 4as for what’s likely to be the price of an iPhone 12 Pro.

I would have gone for the 4a as my next phone. It’s got everything I need and a few things I didn’t know I wanted, and the camera is excellent. But it broke, so it’s the slightly better, comfortably faster 5 for me.