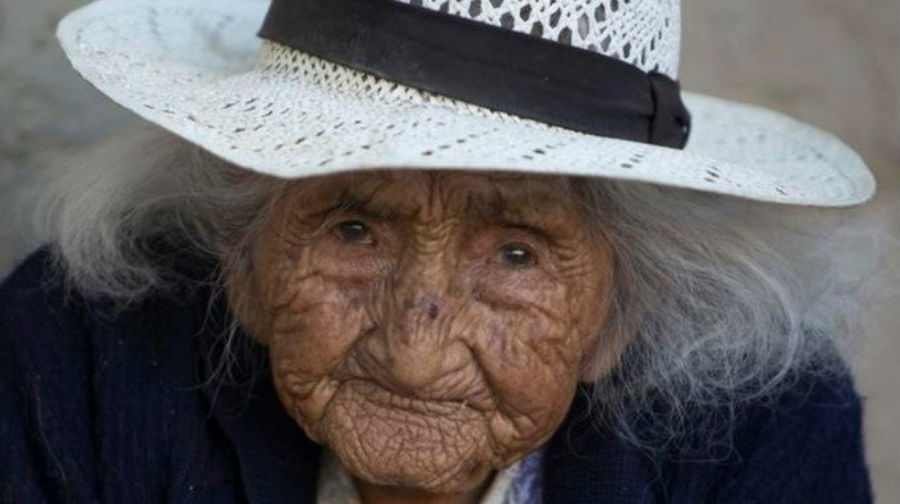 Julia Flores Colque, a 117-year-old woman from Bolivia is now believed to be the oldest living person in the world.

According to her national identity card, she was born in Oct. 26, 1900, in a mining camp in the Bolivian mountains. In her near 118 years she’s witnessed two world wars, revolutions in her home of Bolivia and the transformation of her rural town of Sacaba into a bustling city.

Her potential record, however, hasn’t been made official by The Guinness Book of World Records, who have not yet received an application on her behalf. According to the Associated Press, Colque had little interest in any recognition from Guinness, nor had she ever heard of them.

The super-centenarian still enjoys singing in her native indigenous Quechua tongue and plays a five-string instrument known as the charango and is happy to serenade anyone who visits her.

In her early years, she herded sheep and llamas in the Bolivian highlands until she moved to the valley in her teenage years, where she sold fruits and vegetables. The healthy diet that sustained her during that time has carried over into her later years, though she admits to indulging in the occasional cake and glass of pop. She never married and doesn’t have any children but enjoys the company of her pets, which include dogs, cats and a rooster.

Reaching her late age has come with some perks.

The Sacaba mayor’s office has named Colque a living heritage. The office and a private foundation have made improvements to the safety of her home, including the addition of a brick path leading to the entrance of her home and a shower and toilet with a railing.

By contrast, Colque’s unofficial claim on the record is somewhat of an anomaly in her home country of Bolivia, which has one of South America’s highest levels of mortality according to the Economic Commission for Latin America and the Caribbean.