WATCH: The Evolution of Coca-Cola Through Its TV Commercials 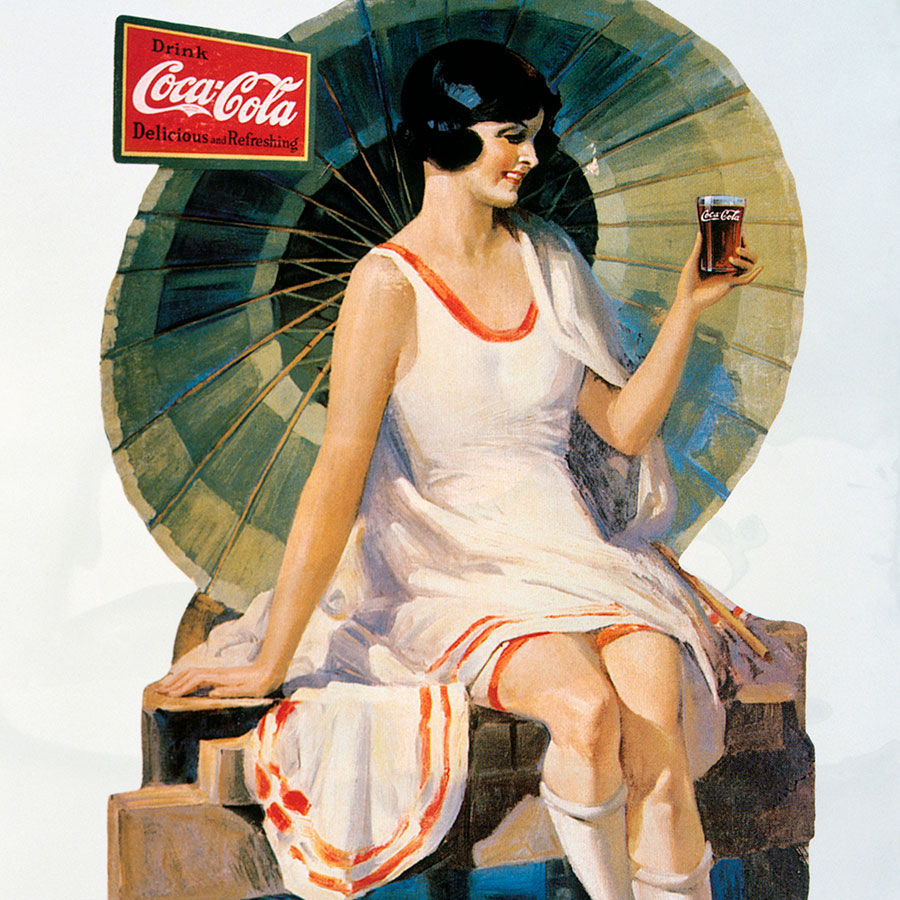 On July 11, 1985, Coca-Cola reversed one of the great marketing blunders of the modern age when, after changing their soft drink recipe and name to the widely-disliked “New Coke” the previous April, the company reverted back to their original flavour and dubbed it Coca-Cola Classic.

To this day Coca-Cola remains arguably the world’s most famous soft drink,  and one of the things that raised the brand to that level of notoriety is its television commercials.

From celebrity appearances — including everyone from Sandra Dee to “Mean” Joe Greene to Whitney Houston, Keanu Reeves and, yes, even Marilyn Monroe — to memorable musical numbers and parched polar bears, Coca-Cola’s commercials have always found a way to tap into popular culture.

So from the 1950s to today, we’re tracing the evolution of Coca-Cola by looking back at 14 of the most famous memorable Coke commercials in history.

“Everybody’s Happy When You Bring Home the Coke!”

Coca-Cola had top celebrity endorsements from the start. Watch Gidget actress Sandra Dee in this ad from the 1950s featuring a marching band, a jingle and catchlines like “Everybody’s happy when you bring home the Coke!” and “Coca Cola puts you at your sparkling best!”

It’s choppy and awkwardly filmed in parts, but this Marilyn Monroe Coca-Cola ad — featuring the screen legend casually sunbathing and getting harassed by a stranger — reportedly never saw the light of day. After you see it, you’ll wonder how the company managed to bungle an ad with one of Hollywood’s biggest stars.

At least, that’s what actress Connie Clausen claims in this 1961 Coca-Cola commercial, adding that the individual-sized bottle “has no more calories than half a grapefruit.” She also notes that it keeps her from snacking on “something else that might really add those pounds.”

We dare you to watch this 1964 commercial and not get this jingle stuck in your head for the rest of the day: “Things go better with Coca-Cola.”

Dubbed “the world’s most famous ad” following its release in 1971, this legendary (and catchy) commercial made a resurgence when it appeared on an episode of Mad Men.

Joe Greene Isn’t So Mean After All

Who can forget when Mean Joe Greene showed his soft side after an adoring fan offered his Coke. He tosses the kid his jersey and tosses back the Coke, immediately ensuring his place on the list of the most famous commercials of all time.

Long before Glee or High School Musical, this 1982 ad featuring the tagline “Coke is it” put teenage drama students front and centre in a musical number extolling the virtues of the soft drink.

In the early 1980s Keanu Reeves, in one of his earliest acting gigs, starred in a Coke ad that saw him play a cyclist who gulps down the sugary drink at the end of the race. While his choice of hydration is questionable, Reeves, 55, admitted in a 2018 interview with James Corden that for the sake of realism he actually shaved his legs for the role.

Singer and model Tyrese Gibson sang his way into the heart of a fellow bus passenger (who happened to be drinking Coke) by performing the soft drink’s jingle.

Whitney Houston actually appeared in multiple Coca-Cola and Diet Coke commercials, including the one circa 1990s below.

She also put her famous pipes to use singing the virtues, literally, of Diet Coke during one of the multiple commercials she shot for the brand in the 1980s.

Coke’s 2009 “Open Happiness” campaign offered a string of feel-good commercials — including this one,  which uses the drink to bring together strangers at university when they buy bottles of Coke that can only be opened by connecting them with another bottle.

The “Open Happiness” campaign continued into 2010 with a commercial featuring Simpsons villain Mr. Burns, who loses all his money and possessions but finds joy in — you guessed it — a bottle of Coke.

They don’t tell you this on the Nature channel, but it turns out polar bears in the wild love Coke. Who knew? According to multiple 2000s Coke ads, including the ones below, the loveable white bears will do pretty much anything for a bottle of Coca-Cola

In 2020, Coca-Cola scored a coup with they landed Oscar-winning director Martin Scorsese for their Super Bowl commercial. It wasn’t, however, to direct the ad. The 77-year-old actually starred in the ad, in which he winds up alone at a party, texting his pal, actor Jonah Hill (who starred in the Scorsese’s 2013 flick The Wolf of Wall Street) to hurry up and join him. Hill — apparently a big enough star now that he can consider blowing off Martin Scorsese — trudges to the store to pick up a Coke Energy and liven himself up enough to head to the party.