Winnie Mandela, Icon of the Anti-Apartheid Movement, Passes Away at 81 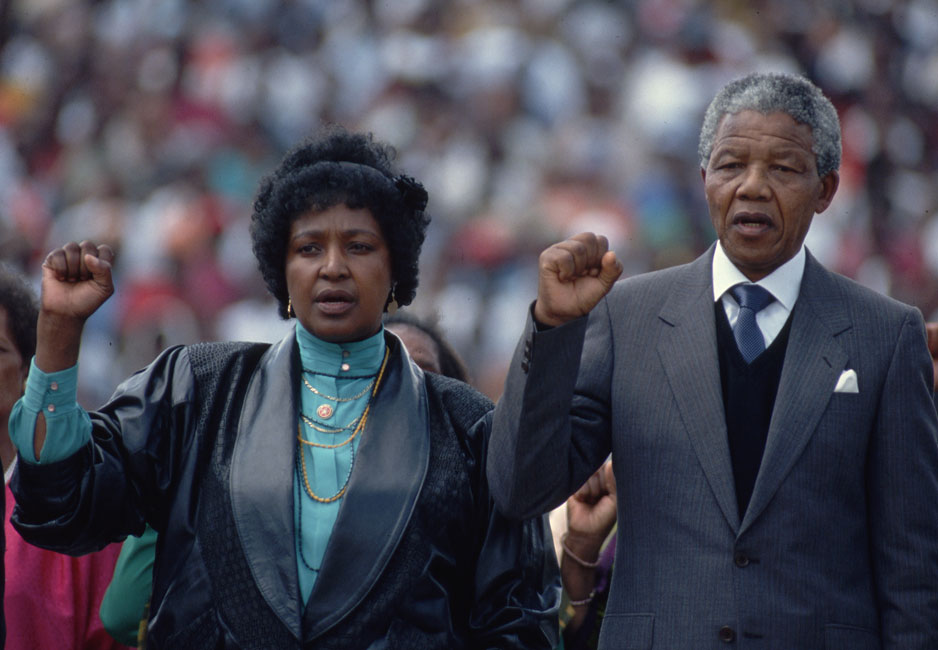 Winnie Mandela, the South African anti-apartheid activist and former wife of Nelson Mandela, passed away on April 2 after a long illness.

Born in 1936 in South Africa, she married Nelson Mandela  in 1958 (the pair met while waiting for a bus) and together fought to overthrow the crushing apartheid regime. While Nelson was in prison for nearly 27 years, Winnie continued the fight for black South Africans, often landing in jail herself.

The couple separated after Nelson was finally released in 1990, as she took an active role in the post-apartheid government. She became a popular figure around the world but, in South Africa, her reputation took a hit by allegations of political corruption and fraud.

A sampling of obituaries show her mixed legacy.

The New York Times: “Charming, intelligent, complex, fiery and eloquent, Ms. Madikizela-Mandela (Madikizela was her surname at birth) was inevitably known to most of the world through her marriage to the revered Mr. Mandela. It was a bond that endured ambiguously: She derived a vaunted status from their shared struggle, yet she chafed at being defined by him.”

The Citizen: (South Africa) “She kept the memory of her imprisoned husband Nelson Mandela alive during his years on Robben Island and helped give the Struggle for justice in South Africa one its most recognisable faces. She dedicated most of her adult life to the cause of the people and for this was known far and wide as the Mother Of The Nation.”

The Washington Post: “She was a political insider who often played the role of outsider. While other leaders moved to luxurious, previously all-white suburbs, Mrs. Madikizela-Mandela stayed in Soweto, the black township southwest of Johannesburg.”

The Telegraph: “During her husband’s 27-year incarceration, Madikizela-Mandela campaigned tirelessly for his release and for the rights of black South Africans, suffering years of detention, banishment and arrest by the white authorities.”

The Mail and Guardian (South Africa): “The picture of her hand-in-hand with Mandela as he walked free from prison after 27 years, became one of the most recognisable symbols of the anti-apartheid struggle.”

The Guardian: “Her uncompromising methods and refusal to forgive contrasted sharply with the reconciliation espoused by her husband as he worked to forge a stable, pluralistic democracy from the racial division and oppression of apartheid.”