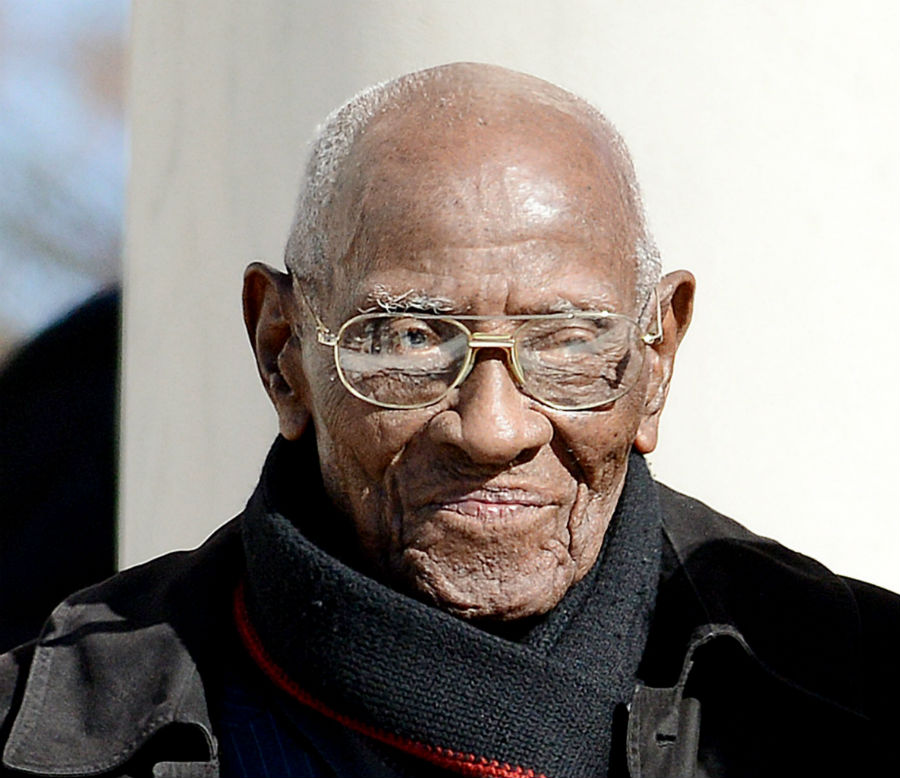 Richard Overton, America’s oldest Second World War veteran who was also believed to be the oldest living man in the U.S., died Thursday in Texas at the age of 112.

The Army veteran had been hospitalized with pneumonia and was released on Christmas Eve. He died Thursday evening at a rehab facility in Austin, Texas.

Overton was in his 30s when he volunteered for the Army and served with the 188th Aviation Engineer Battalion, an all-black unit that served on various islands in the Pacific, including Pearl Harbour, where he witnessed the aftermath of the Japanese attack in 1941.

“He was there at Pearl Harbor when the battleships were still smoldering. He was there at Okinawa. He was there at Iwo Jima, where he said. ‘I only got out of there by the grace of God,'” former U.S. President Barack Obama said while honouring Overton at a Veterans Day ceremony at Arlington National Cemetery in 2013.

In a 2017 short film featured on National Geographic‘s Short Film Showcase, Overton shared some of his secrets to longevity. Along with the occasional glass of whisky, he stressed the importance of optimism.

According to Global News, even well into his 100s, the veteran would drive widows in his neighbourhood to church.

“With his quick wit and kind spirit, he touched the lives of so many, and I am deeply honoured to have known him,” Texas Gov. Greg Abbott said in a statement Thursday.