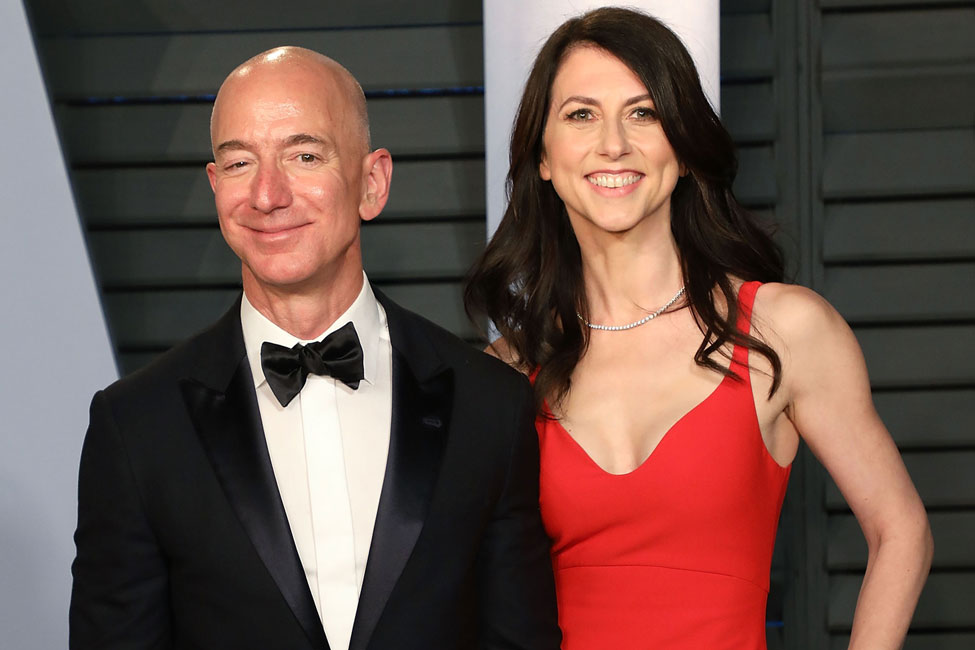 Who needs Jeff Bezos when you have $36 billion.

That’s the amount awarded to Mackenzie Bezos in the Bezos divorce settlement.

Mackenzie was there from the beginning, helped build the company and raised the couple’s four kids — three sons and a daughter adopted from China — during their 25-year marriage.

Jeff, besides being a husband and father and building one of the world’s richest companies, sent pictures of his penis and intimate texts to his paramour, former news anchor Lauren Sanchez.

Both women are the same age — Mackenzie will turn 49 on April 7 and Lauren is already 49.

Happy Birthday, Mackenzie! You already got your present!

The two women look somewhat alike, except that Lauren is sultry and Mackenzie is classy.

And now, Mackenzie is one of the richest women on the planet. She’s approximately 70 times richer than the Queen.

She could afford to give every man, woman, and child in Canada $1,000.

Jeff, meanwhile, still controls Amazon and no longer has a wife to cheat on. He’s free to be with Sanchez.

No wonder the divorce was amicable, a win-win for both parties.

Mackenzie gets unimaginable wealth; Jeff gets Lauren; Lauren gets Jeff — at least for the time being.

Nevertheless, Lauren gets labelled as a gold digging Hollywood bimbo who seduced a billionaire.

Jeff gets the reputation of a cheat and idiot for texting his junk.

Mackenzie gets love and admiration from everybody as well attention for her work as an author. Her 2005 novel, The Testing of Luther Albright, won the American Book Award. You can order it from Amazon.

Meanwhile, Jeff and Mackenzie are tweeting lovey-dovey, friends forever, exaggerated complimentary things about each other and what wonderful human beings they are.

But who knows what happened behind the scenes. It probably wasn’t as pretty as the public statements.

Still, $36 billion can heal a lot of sorrow about losing your life partner to the person he’s been having an affair with.

As Mackenzie tweeted, “Grateful for the past as I look forward to what comes next.”

No doubt that will be more writing, more philanthropic work and a life of ease and comfort.

But the world will be watching to see if she replaces Jeff.

Obviously she won’t need to come up with a profile for a dating site. But if she does, maybe this is what it could read like: