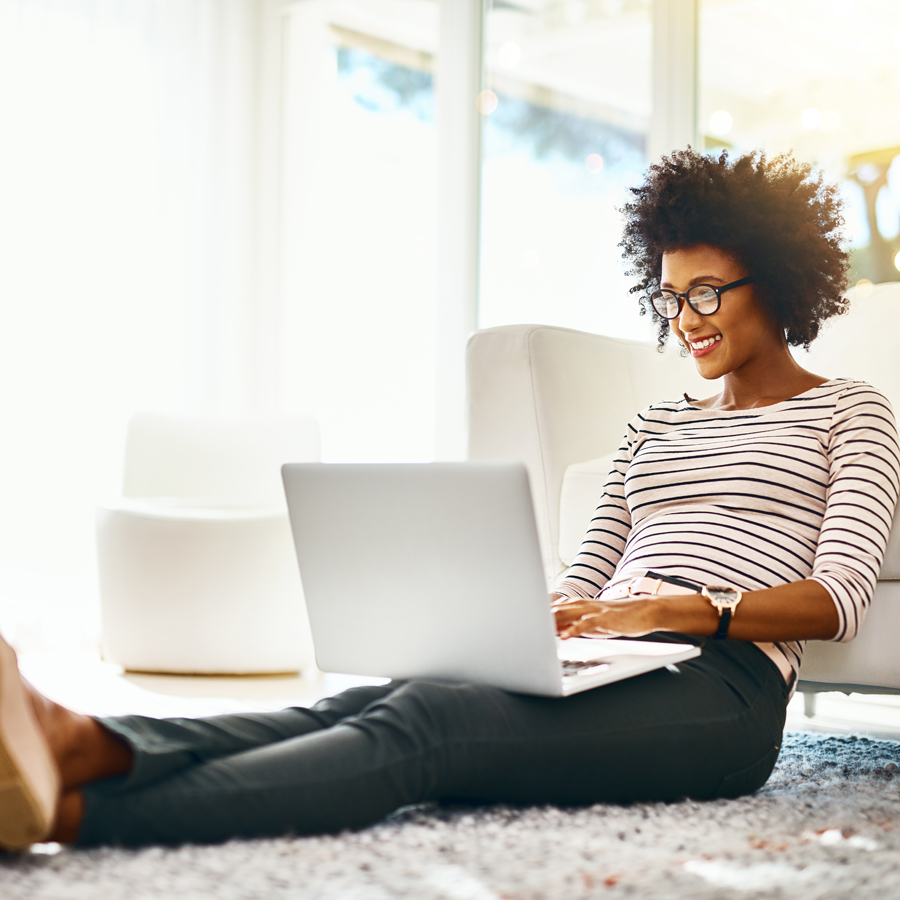 From carving out your own space to what to wear, there's more to working from home than just turning on the computer and answering emails. Photo: PeopleImages via Getty Images

So you’re working from home now. Welcome. I’ve been doing it for 15 years, part of a community of people around the world who finally have a term to describe their work habits, lifestyle and social lives all in one: self-isolation.

Allow me to take you through the stages of coming to terms with this new life. Though I didn’t do it during a global pandemic, I think the process was actually pretty similar.

I got into the wonderful world of working from home when I was fired from one job, and my contract for the quick replacement job ended. Instead of looking for another boss, I decided to try being my own. It took about a day before the abyss of a life of solitary screens and the same four walls opened under me. I didn’t do anything for the next two days except download WordPress and start a blog.

Do not, under any circumstances, do this.

Other things to avoid in these first anxious days: starting a podcast or e-newsletter, joining TikTok or falling prey to trivial social media trends. With the latest news suggesting we may have to seriously rejig our lives for as much as 18 months, you need to figure out how these next 500 days are going to play out.

Step 1: Have a nice, slow drink

I recommend cracking a bottle of some liquor you’ve been saving from a trip or experimenting with a new mocktail recipe. For instance, I brought some Mama Juana back from the Dominican Republic before the pandemic started, and it tastes like port. Remember: you need to portion out your pleasures now. If you prefer a nice ginger tea, that’d work, too. The important thing here is to sip.

Note: You can order all these things online; don’t go shopping unless you have to.

If you’re working from home, you’re going to need some gear. Do you have the right headphones? You’ll need to speak to people and if there are other creatures of any sort in your house, you’re going to need to cancel their noises. Airbuds are not great at this. My friends at Jabra, makers of various things for your ears, tell me over-the-ear equipment works best. But if you’re going to be on Zoom or another teleconferencing platform (see below), you may not want to look like a First World War radio operator. I use earbuds. My all-time favourites were Shure SE535s. They weren’t wireless, but they were brilliant. They also cost about $500, and I lost them almost immediately because they were so wonderfully tiny. I liked the Jabra 65ts, made for jogging and whatnot, which means they’re less likely to fall out of your ears mid-Zoom. I lost those, too. I obviously have an issue, but buds are tiny and even if you’re not going out, you can lose them in sofas and nooks and drains and dogs.

You will also need to equip your phone with everything you’ve got on your main device. Make sure you’ve got, for instance, Word and Google Docs and Slack and whatever else it is you use on a daily basis. One reason for this: back-up. Devices break, and fix-it shops may not be open. But also, Zoom. It’s the standard teleconference app du jour, sort of a new Skype, and it perfidiously lets everyone else on your call know if you’re using other apps simultaneously (like, if the call’s going long and getting boring, everyone else will know you’re playing Animal Crossing while pretending to listen). So give yourself an out.

Next, decide what to wear. Some people like the symbolism of dressing for work even when they’re at home. More power to them. I prefer the BTFB approach: Business Top, Fun Bottom. We live in a world of video calls, so the part of you that’s visible on screen should look like you’re taking this all seriously. Which you are. But below the waist, you’re who you want to be. For me, it’s often a pair of very old, grey, Nautilus sweatpants (with apologies to the late Karl Lagerfeld and Choupette). But anything that’s not your birthday suit (in case those screens accidentally tilt downwards) is fine.

If you’re not used to working from home, your house probably seems like some utopian borderless European Union, where you and your fellow creatures walk and eat and drink and sit as if it was all negotiated in some small town in south-east Luxembourg. It’s time to renegotiate. Even Europe’s shutting its Schengen borders, so set out your specific work space — whether it’s a convenient attic room, part of the basement or even a single couch. This can help in a number of ways. When you’re there, your fellow creatures know you’re in work mode. It also reduces the number of places your soon-to-be-lost earbuds could be.

Working from home does not mean you need to be working every minute of the hours you set out as work time. You just need to draw circles around the time devoted to work. Just like at the office, some of this time can be spent making coffee or keeping up with the COVID-19 pandemic on social media or scowling at the backs of the heads of the people around you. But those blocks of time mean two important things: do not do other tasks, like washing the dishes or alphabetizing the spices and do not work outside the blocks.

One of the biggest work-at-home pitfalls is that, though you’re never at the office, you’re always at work. It took me years to figure this out. As with the blog and the many, many lost earbuds, learn from my mistakes. Set a time that work ends and mark it, perhaps with a drink. If alcohol is not your game, here’s a better option: greet your creatures. Make like you’re coming home from work and say “Hi” to tell them you’re back in their world.

Step 5: Use your calendar

If you get work calls or texts or emails outside your circled working time, make a note of them on your device of choice. But unless it’s an actual emergency, don’t follow up until circle time.

Some think of social media as a distraction, which it can be. But when you’re self-isolated, it’s also a lifeline. Make an effort to stay in touch with at least a few people from all your channels. There’s a new Chrome extension called Netflix Party that lets you set up a movie date with friends, all watch the same thing at the same time, and chat about it as you watch. Physical isolation doesn’t have to mean social isolation. But it may take some extra effort.

You’re a home-worker: mistress of self-isolation, master of your domain. Get comfortable. We may be here a while.

The Queen and the Royals Keep Calm, Carry On and Face COVID-19 With Aplomb