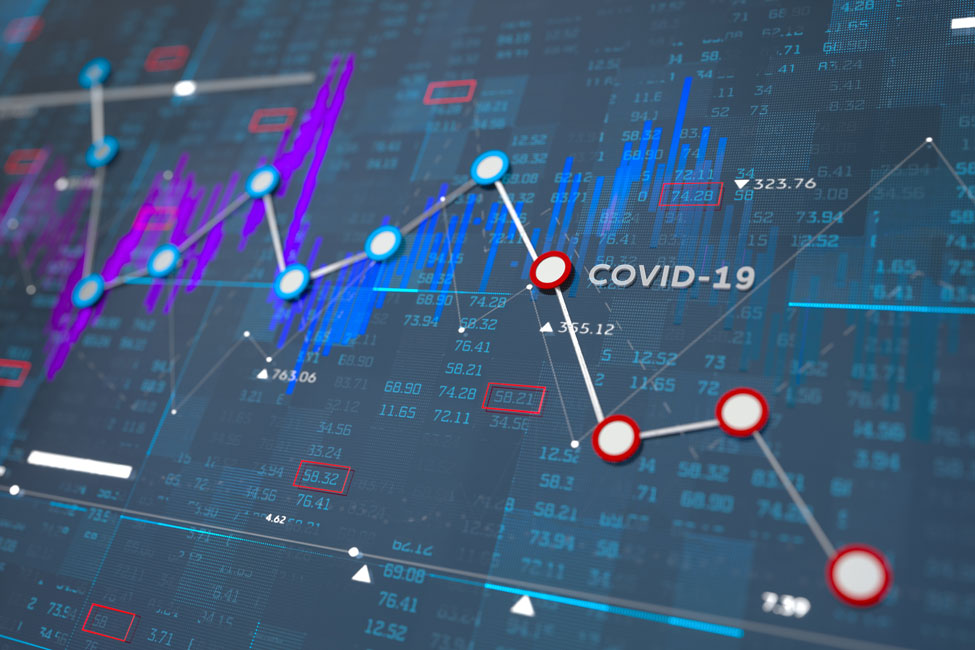 The COVID-19 crisis has caused a lot of panic selling, but stocks in certain sectors like utilities and food distribution are worth holding on to. Photo: Andriy Onufriyenko/Getty Images

These are stressful times for everyone. The financial markets are taking a drubbing but, more importantly, we’re all concerned about our health and worried about our loved ones.

There are a few glimmers of hope on that front. Some research teams are reporting positive results in the search for a treatment to slow or halt the spread of the coronavirus. But it’s still early days and there is a lot of misinformation out there, including some propagated by Donald Trump. For a realistic look at where we stand in medical terms, click here.

My responsibility is to provide guidance on the financial impact of this world crisis. Clearly, it’s not an easy task, given the uncertainty of the situation. No one can predict how long the crisis will last or how deep the economic damage will be. Goldman Sachs said recently that U.S. GDP dropped 6 per cent in the first quarter and a staggering 24 per cent in the second quarter, with unemployment hitting 9 per cent. They predict a strong recovery in the second half of the year — a V-shaped rebound — but unemployment will remain high.

This gloomy forecast has led some people to use the dreaded D-word. That’s feasible but not likely. Investopedia describes a depression “as an extreme recession that lasts three or more years or leads to a decline in real gross domestic product (GDP) of at least 10 per cent.” A 10 per cent short-term drop is a probability, but the three-year timespan is not, unless the virus defeats all medical attempts to stop it.

However this plays out, the crisis will eventually end. What investors need to do now is avoid what one reader calls “The baby with the bathwater syndrome.”

In other words, don’t sell stocks of sound companies that are going to survive, no matter what happens. Hold on to them, collect dividends, and, if you have some cash put aside, buy them while they’re cheap. Here’s where to look.

Utilities. We need to keep the lights on and our houses warm, whatever else is happening. Companies like Fortis, Emera, Canadian Utilities, Hydro One, and others will still be around when we reach the turning point. These stocks have not been immune to the big sell-off and they may go lower in the general panic but selling now would be unwise. The same applies for other well-run utilities. Demand for power will likely soften temporarily because of industry and commercial closures. But it will recover and so will the sector.

Food distributors. The same argument applies here – we all need to eat. And we need the companies that make it possible by distributing and retailing our fruits, vegetables, meat, dairy products, and the other staples of daily life. Metro, Sobey’s, Loblaw, and the other major supermarkets will stay open through the duration of this crisis because they have to. The share price may be down, but all these companies will still be around when business returns to normal.

Information technology. Now, more than ever, we need to stay connected electronically. With people confined to their homes, the internet allows us to maintain contact with family and friends, order supplies, keep up with the latest news, and entertain ourselves with games and movies. In fact, the current situation makes companies like Amazon indispensable. The firm is actually hiring 100,000 new employees to meet the demand. That’s welcome news for laid-off workers. Amazon stock is off 12.8 per cent from its all-time high, a much better performance than the broad market.

Telecoms. No one is giving up their cell phone in these conditions. For many people, especially those under 30, it’s become an extension of their body, almost a third hand. BCE, Telus, Rogers, and other companies that keep our cellular network going will continue to thrive. BCE closed at $56.73 on April 3, down only 13.3 per cent from its 52-week high. The stock yields 5.8 per cent at this level. Looks pretty good in this time of ultra-low interest rates.

Banks. The global financial system was pushed to the brink in 2008. At that point, the Canadian banks were among the few that were able to survive without government bail-outs. Our banks are even better capitalized today, but the S&P/TSX Capped Financials Index is down 26.5 per cent for the year. Shares of CIBC are yielding 7.4 per cent while Bank of Montreal is at 6.2 per cent. A year or two down the road we’re going to look back and ask ourselves why we didn’t buy at those prices.

Pharmaceuticals. These companies are in the front line of trying to find a vaccine and a treatment for the coronavirus. I wrote about some of the leaders in a previous column, so I won’t go over the same ground again. I would note, however, that Gilead Sciences, which I mentioned at the time, was up 13.5 per cent between March 16 and April 3, defying the broad general downturn.

Obviously, you should not continue to hold marginal stocks. They will take longer to recover, if they don’t go under first. But please heed our reader’s advice. Don’t throw out the baby with the bathwater.

Living With the Bear: How Low Will the Market Go?