With Companies Like RioCan Cutting Payouts, Which Dividend Stocks Are More Secure? 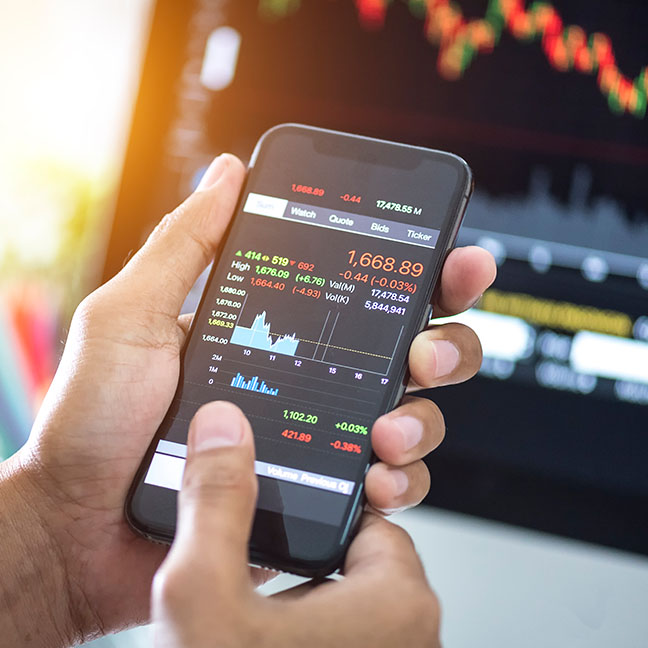 Investors in RioCan REIT received a lump of coal for Christmas!

On Dec. 3, the trust announced it was slashing its monthly distribution by one-third, effective with the January distribution.

It wasn’t a complete shock. Since RioCan’s business is primarily focused on shopping malls, there had been concern about tenants being unable to pay rent. But management had been upbeat all year and just a few weeks earlier long-time CEO Edward Sonshine had reported “strong” third-quarter results.

“Given the quality and sustainability of our income, as well as our strong liquidity position, we are confident that we will not only navigate through this storm but will be poised to take advantage of any emerging opportunities as we continue to create value for our unitholders,” he said.

No explicit promises there. But the words convinced a lot of investors and some analysts that the distribution was safe.

It wasn’t. Starting in January, investors will receive a payout of $0.08 a unit each month, down from $0.12 a unit previously.

It wasn’t the first time a dividend/distribution has been cut since the pandemic began and probably won’t be the last. Several companies in the energy sector have reduced their payouts, including industry giant Suncor, which slashed its dividend by 55 per cent effective with the June payment. In the financial sector, Laurentian Bank cut its dividend by 40 per cent in late May.

Investors are right to be concerned about these cuts. Rock-bottom interest rates have changed the landscape and many people are relying on stocks to provide income, turning their backs on GICs and bonds. Small wonder. Royal Bank is currently offering 0.05 per cent annually on an ordinary savings account. You’d need a microscope to spot any interest credited. Or you can take advantage of their current special, which is 0.7 per cent on a three-year, non-redeemable GIC. No wonder dividend stocks are hot.

But which ones are safe? Technically, none. Any board of directors can cut its payout at any time. But dividend cuts come with a price tag. The stock price almost always drops. The company’s reputation takes a hit. Investor confidence is eroded. That’s why reducing the payout is seen as a last resort.

Here are some companies with very attractive yields that I think are secure. No guarantees, but I would be astonished if any of these firms reduced its payout.

BCE Inc. (BCE-T). Canada’s largest telecommunications company pays a quarterly dividend of $0.8325 per share ($3.33 annually), to yield 5.8 per cent at the time of writing. BCE has seen a drop in revenue and profits since the onset of the pandemic, but nothing that should cause the board to consider a dividend cut.

Canadian Imperial Bank of Commerce (CM-T). Don’t let the Laurentian Bank cut spook you. Canada’s big five banks aren’t going to reduce their payouts unless there is a financial disaster (and if that happens, we’re all in big trouble). The bank just reported fourth-quarter net income of $2.79 per share. That was down slightly from last year but comfortably ahead of the $1.46 per share quarterly dividend. The stock was yielding 5.2 per cent at the time of writing. Any time you can find a big five bank stock yielding over 5 per cent, grab it.

Canadian Utilities (CU-T). As I wrote in my last column, utility stocks are a great place to look for stable, above-average yields. This Alberta-based supplier of electricity and natural gas pays a quarterly dividend of $0.4354 per share ($1.7416 a year) to yield 5.4 per cent. The company has reported reduced profits and earnings this year due to the pandemic and the drop in oil prices that hit Alberta’s economy. A dividend cut is unlikely, but the company’s record of 47 straight years of dividend increases may be in danger.

The North West Company (NWC-T). Remember reading about The North West Company in your high school history books? This is it. NWC traces its roots back to 1668. It’s not in the fur-trading business anymore but owns a string of general stores across northern Canada and Alaska, some of which have been around for 200 years. It’s a profitable business. Second quarter sales increased 23 per cent to $648.5 million and net earnings increased $44.6 million, to $62.6 million. The company increased its quarterly dividend by 9.1 per cent in September, to $0.36 per share. The stock yields 4.4 per cent.

IBM (IBM-N). High-tech stocks are usually not great dividend payers. Their earnings are ploughed back into growing the business and making the owners richer. Nobody really cares if Alphabet or Amazon or Shopify make quarterly payments; investors are just happy to see their capital gains grow. But there is one exception. IBM, which has been around longer than most of the others, pays out a nice fat US$1.63 per share each quarter. It can afford to; the company earned US$2.58 per share in the third quarter. The stock was yielding 5.2 per cent at the time of writing.

Enbridge (ENB-T). Pipeline companies may seem like a relic from another era as the green energy revolution gains momentum. But let’s not lose sight of reality. We’re still going to need oil and natural gas for years to come and companies like Enbridge have the infrastructure in place to deliver it. The stock has been stuck in neutral for months, but the company reported strong third-quarter earnings and last week announced a 3 per cent dividend increase for 2021. Starting in March, the shares will pay $0.835 per quarter ($3.34 annually), to yield 7.8 per cent.

These are just a few examples of high-yielding stocks that should maintain and, in most cases, increase their dividends in 2021. Forget about GICs for now. This is where you should be looking for income.

The Best Apps to Help You Stay on Budget in 2021