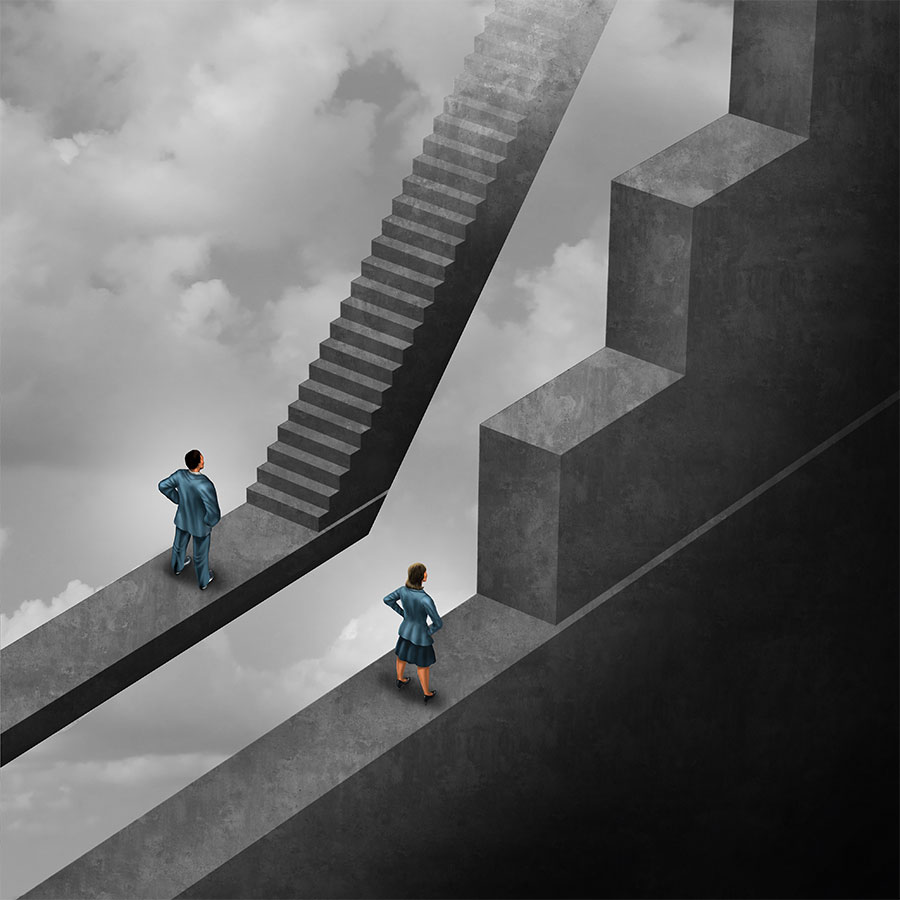 The gender pay gap for faculty in Canadian universities is significant and persistent. Photo: wildpixel/Getty Images

There are substantial, long-term impacts from the gender pay gap for faculty at Canadian universities.

Recent research from our multidisciplinary team, which includes expertise in equity policy, political science and cognitive science with mathematical modelling, shows that over the course of a career and retirement, this pay gap leads to a difference of roughly half-a-million dollars.

The gender pay gap for faculty in Canadian universities is significant and persistent. Women professors earn on average 10 per cent (or $10,500 per year) less than men for the same work.

This gender pay gap can result from bias in determining starting salaries and subsequent merit pay, from differing rates of promotion and from the punitive effects of parental and caregiving leave.

Focusing solely on pay differences, however, leads people to underestimate the long-term financial consequences of gender inequities as the pay gap also has implications for pensions.

Quantifying the effects of the gender pay and pension gap (research not done in over 30 years) poses a challenge, given the many variables at play.

To address this challenge, our team used King’s University College as a case study. Using King’s made the challenge more tractable because potential bias was confined to starting salary and promotion decisions. Unlike many universities, King’s does not offer merit pay, and faculty have a defined-benefit pension plan.

We were able to examine the effects of bias in starting salary, based on the determination of how many years of relevant experience people had at hire, and in promotion to full professor.

Women faculty at King’s made nine per cent less than men on average. This calculation was based on all full-time professors, including both racialized and non-racialized faculty. We took this nine per cent average difference ($8,771) as our starting point. We then calculated the pay and pension gap across a 30-year career and 21-year retirement for different career trajectories.

We calculated what would happen if a woman progressed through the ranks to become a tenured associate professor and remained so for the rest of her career, compared to a man in the same position.

We calculated what would happen if she was promoted to full professor, compared to a man in the same position. Promotion to full professor is based on one’s research contributions. Most professors don’t achieve this position, although men are far more likely to do so than women.

We also calculated what would happen if a woman was not promoted to full professor compared to a man who was. In this more likely scenario, the pay and pension gap was $660,000. In retirement, this gap translates to a $7,000-$12,250 per year difference in pension, depending on the scenario.

Our research focused solely on gender, given that race was not a variable provided in the available Statistics Canada data or at the institutional level. This ongoing issue has been highlighted with urgent calls for better data collection.

Universities have used salary anomaly studies and wage adjustments to address the gender pay gap. Corrections have been done either on an individual basis or across the board for women faculty, but without retroactive pay. King’s just completed its first study and awarded women one additional year of experience going forward (a $2,506-$2,770 per year boost, depending on rank, under the current contract).

Yet salary studies, while helpful, have tended to insufficiently address the problem. Without addressing the systemic bias that leads to pay differences, the gap is often reintroduced or increases over time with new hires and with promotion (or due to merit or market factors). Taking a gradual approach to pay equity also likely costs more over time than taking meaningful steps to close the gap.

What Universities Can Do

So what additional steps can universities take to address the gender pay gap? First, they can provide greater transparency. Faculty should be made aware of the criteria being used to assess their experience and performance, the variables and data available to measure the gender pay gap at their institution, and how their school is rectifying it.

They can foster environments for women researchers to thrive and encourage them to go up for promotion (68 per cent of full professors in 2019 were men). Women and racialized faculty’s research and career progress were more negatively impacted by the pandemic.

Our research shows that the gender pension gap is substantial — with a third or more of the full gap (pay and pension) owing to pension, leading to greater long-term inequities for women than previously estimated.

The World Economic Forum suggests that at this rate, both within and outside academia, it’ll take another 60 years to close the gap. Sadly, our daughters will still be waiting for equity when they retire.