Stock Smarts: How to Cope With the Bear Market 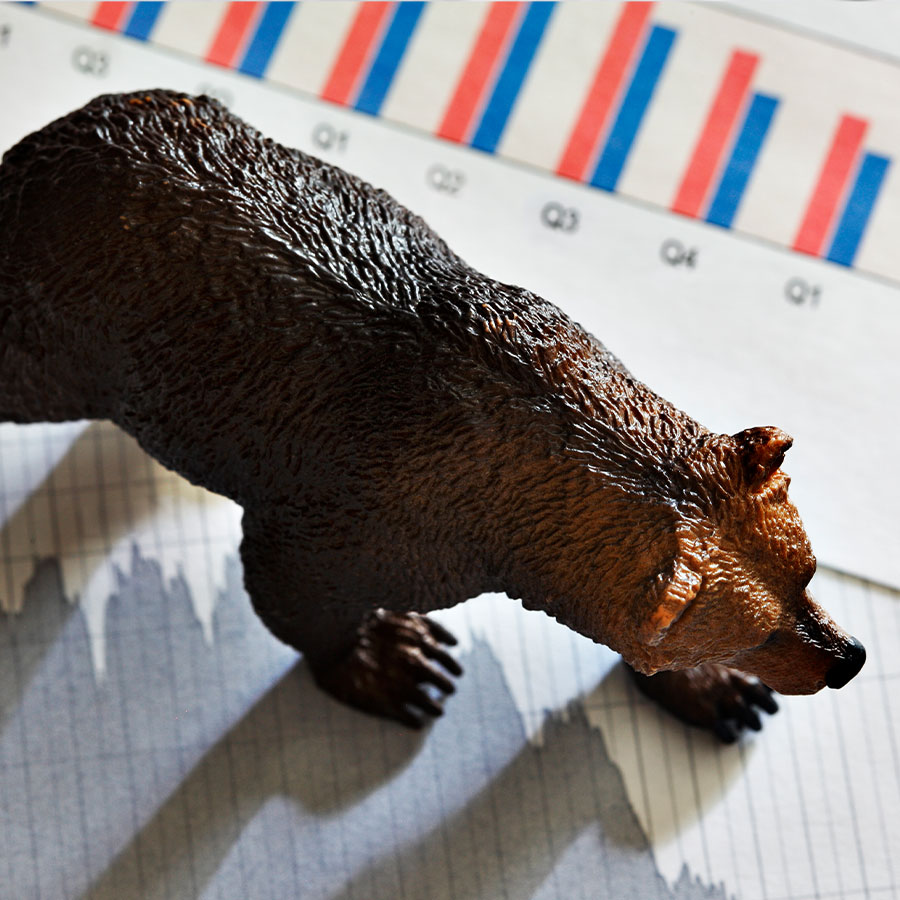 It’s official. The S&P 500 plunged into bear market territory last month, joining Nasdaq which had been there since March. The Dow isn’t there yet, but close. (A bear market is defined as a drop of 20 per cent or more from the previous high.)

The TSX has fared better than its U.S. counterparts. It’s only in correction territory (a drop of 10 per cent or more). But that’s because of the powerful resurgence of the energy sector, which is up 50 per cent so far this year.

The questions investors are asking now are how long the bear market will last, how low will it go, and what should I be doing with my portfolio?

According to research prepared by Kimberlee Leonard for Seeking Alpha, there have been 26 bear markets since 1928. The average decline was 35.62 per cent, and the average length of time was 289 days. The worst in terms of markets losses was from November 1931 to June 1932 when the S&P 500 lost 61.81 per cent.

The longest bear market was 630 days from January 1973 to October 1974. That one saw a loss of 48.2 per cent. The conditions at that time were somewhat similar to those we face today, with an OPEC oil embargo pushing up fuel prices, rising inflation, and an eventual recession.

If we extrapolate from historical averages, there is still a lot of downside in the market and many months to go before a turnaround. We should expect a further drop of about 10-15 per cent in the S&P and no bottom until sometime around March 2023.

But remember the quote about averages: You can drown in a stream with an average depth of six inches. The numbers are simply compilations of a series of measurements that took place over a long period of time, in different circumstances.

For example, the last bear market turned out to be the shortest in the last century. The pandemic bear lasted only 33 days from February to March 2020. The S&P fell 33.92 per cent during that time.

There are several factors that suggest this bear market may be at the shorter end of the scale. They include:

1. The belated but now accelerated speed at which central banks are moving to tame inflation.

3. Time compression, courtesy of the internet and high-tech communications devices.

4. Improved investor understanding of bear markets and how to deal with them.

This is not to suggest it will be a painless process. It won’t. But neither is the end of the world.

So, how should we cope until we start to emerge from the current funk? Here are my suggestions.

Protect core assets. Banks, utilities, and telecoms should be the bedrock of any well-constructed portfolio. Don’t sell them.

Keep quality losers. Some sound companies are trading at distressed prices. They include top-grade technology stocks like Microsoft, Apple, Alphabet, and Amazon. The share prices have taken a hit, but they’ll recover when the market flips back, which it will.

Use rising rates to your advantage. If you’ve prepared for this downturn, you’ll have some cash in your portfolio. Take advantage of rising interest rates to earn a better return on that money. According to Ratehub.ca, you can earn up to 2 per cent (annualized) on 90-day GICs and as much as 3.85 per cent for a year. I wouldn’t extend longer than that as we know rates are going to rise more.

Don’t try to time the market. No one knows when the bear will end, and a new bull will emerge. The rule of thumb I use is to wait until the S&P 500 has bounced 20 per cent off its bottom. That’s a clear indicator that momentum has shifted and it’s time to buy. Yes, you lose 20 per cent of the recovery but your chances of being whipsawed are greatly reduced.

Decide what you want to buy. Use this time to decide what stocks you want to add to your portfolio when the market turns and start monitoring their prices. That way you’ll be prepared when the time comes to start adding.

Keep your cool. There have been bear markets before and there will be again. It’s a reality that investors must live with.

Stock Market: Use DRIPs to Build Your Nest Egg