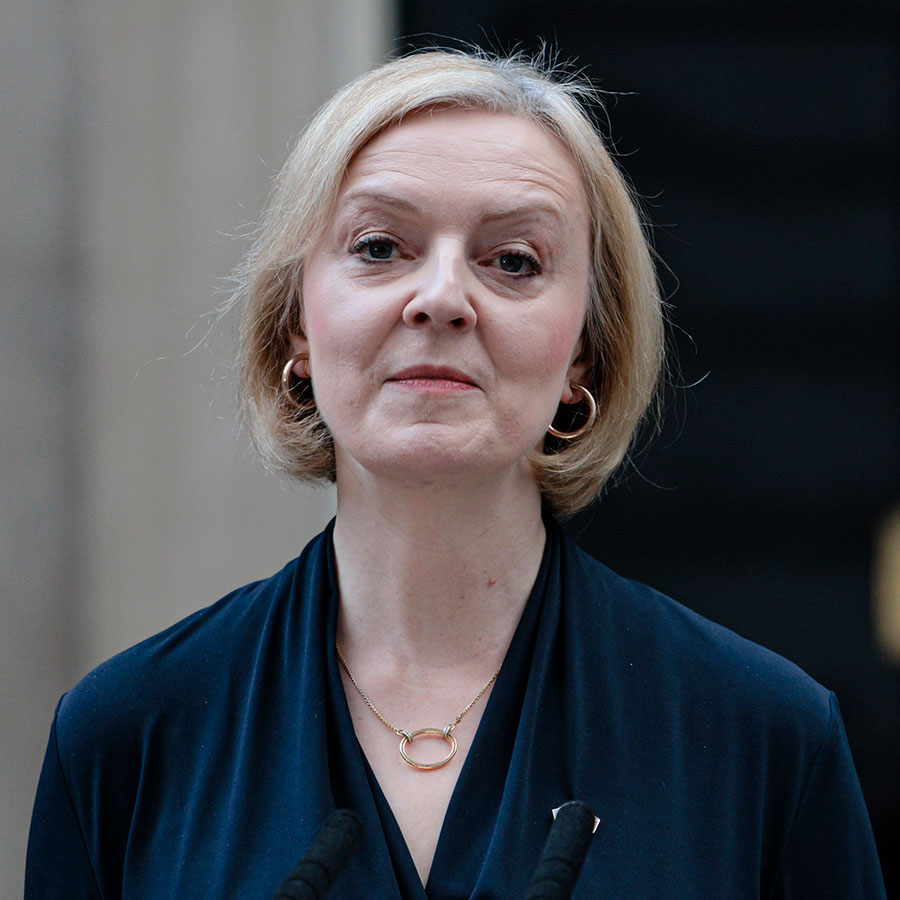 U.K. Prime Minister Liz Truss delivers her resignation speech at 10 Downing Street on October 20, 2022. Truss has been prime minister for just 44 days and has had a tumultuous time in office that led to a financial crisis, the departure of two of her ministers and the loss of confidence from her Conservative Party. Photo: Rob Pinney/Getty Images

Liz Truss said on Thursday she was resigning as British prime minister just six weeks after she was appointed, brought down by an economic programme that sent shockwaves through financial markets last month and divided her Conservative Party.

Speaking outside the door of her 10 Downing Street office, Truss, 47, accepted that she could not deliver the promises she made when she was running for Conservative leader, having lost the faith of her party.

A leadership election will be completed within the next week to replace Truss, who is the shortest serving prime minister in British history. George Canning previously held the record, serving 119 days in 1827 when he died.

Earlier, Conservative Party officials had gathered at Downing Street while a growing number of her own lawmakers called on her to quit.

Appointed on Sept. 6, Truss was forced to sack her finance minister and closest political ally, Kwasi Kwarteng, and abandon almost all her economic programme after their plans for vast unfunded tax cuts crashed the pound and British bonds. Approval ratings for her and her Conservative Party collapsed.

On Wednesday she lost the second of the government’s four most senior ministers, faced laughter as she tried to defend her record to parliament and saw her lawmakers openly quarrel over policy, deepening the sense of chaos at Westminster.

New finance minister Jeremy Hunt is now racing to find tens of billions of pounds of spending cuts to try to reassure investors and rebuild Britain’s fiscal reputation as the economy heads into recession and with inflation at a 40-year high.