Hold Me Close But Let Go the Duvet 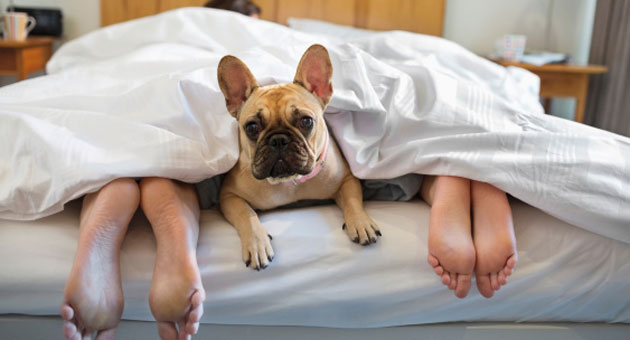 How close you sleep to your partner reveals a lot about the quality of your coupledom, says a researcher at the University of Hertfordshire.

Psychologist Richard Wiseman asked over 1000 people to describe their preferred sleeping position and to rate their personality and quality of their relationship.

Sleeping back to back was the most popular position for 42 per cent of people, and 31 per cent said they slept facing the same direction as their partners. Just 4 per cent spend the night facing one another.

In addition,12 per cent of couples spend the night less than an inch apart while two per cent sleep over 30 inches apart.

“One of the most important differences involved touching,” said Wiseman, “with 94 per cent of couples who spent the night in contact with one another saying they were happy with their relationship, compared to just 68 per cent of those that didn’t touch.”

Nothing was revealed about partners who let their dogs sleep between them.

However, the research did reveal that extroverts tend to spend the night close to their partners, and more creative types tend to sleep on their left hand side.