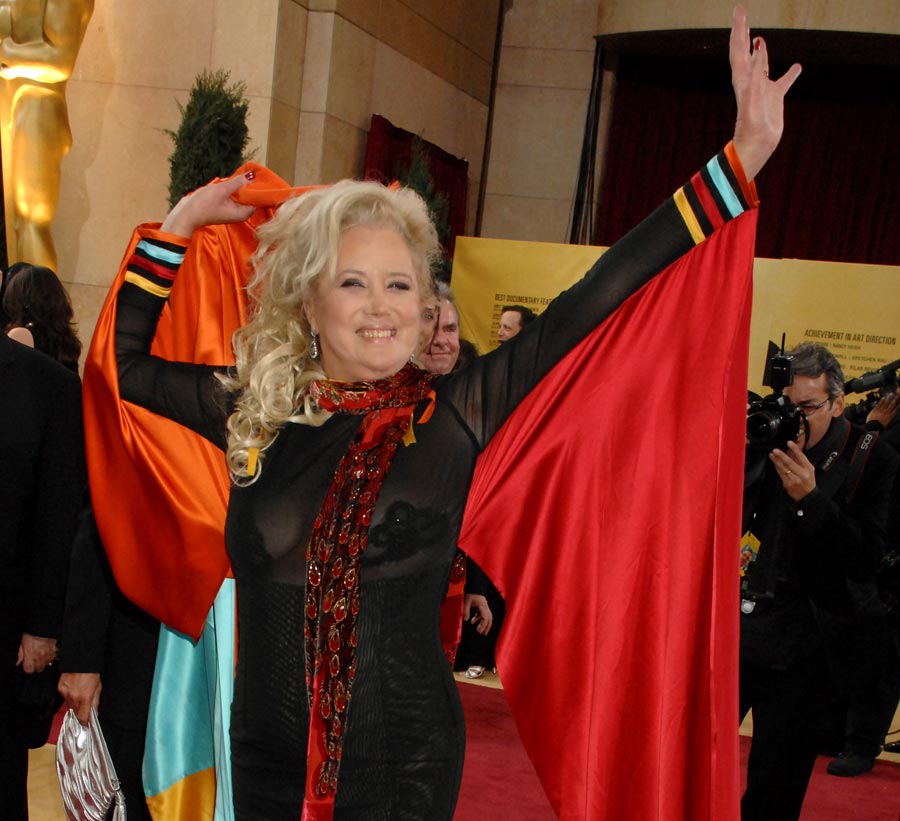 The Oscars are always a tasteful and classy affair. The actors will be in elegant tuxedos, and actresses in gowns in varying colours. The next day, fashion pundits on various talk shows will declare who was the best-dressed and who the worse-dressed. The commentary will be essentially splitting hairs because on today’s red carpet, there is little chance of a starlet showing up in something truly horrifying.

There is an entire industry of stylists, professional makeup artists and hairdressers dedicated to making the celebrity look his or her best before they step foot before the klieg lights and an audience of millions watching around the world on Oscar night.

In an interview, Jane Fonda talked about how when she won her first Oscar in 1972. She wore a black wool Yves Saint Laurent suit she had owned for five years. And she did her own makeup and hair.

But not every star had her good taste.

When it came to fashion and style, celebrities left on their own to dress themselves made for some truly comical and outrageous red carpet moments.

We look back at some of the “best” worst outfits at the Oscars.

Geena Davis – Did she think it was a wedding she was attending instead of the Oscars in 1992?

Björk – The Icelandic singer’s swan dress is legendary, but for all the wrong reasons. It was cartoonish—not to mention not on par with the dress code—but perhaps it suited her kooky sensibilities.

Whoopi Goldberg – Perhaps the comedienne had a lot on her mind—she was hosting the 1993 Oscars, after all—but the lime green lining of her coat, which she proudly displayed, was garish to say the least.

Cher – With today’s too-safe red carpets, we long for the days when Cher would show up. A serial offender, the actress and singer never lets us down with her outlandish outfits.

Faith Hill – The trick to wearing pastels is pick one shade and stick to it. A fashion rule the country singer neglected to follow in 2002 when she turned up looking more like a gooey marshmallow than someone “pretty in pastel.”

Demi Moore – This is what happens when celebrities think they are fashion designers. The actress designed this outfit herself—complete with lacy bustier, sparkly train and bicycle shorts. ‘Nuff said.

Jennifer Connelly – In 2002, Connelly (rather unfortunately) opted for a Balenciaga gown that—in photos, anyway—looked like it was in tatters. And then there was that long scarf.

Sally Kirkland – This is one actress who actually embraces bad taste and insists on showing up in outlandish outfits.