Why Seniors Should Get Discounts 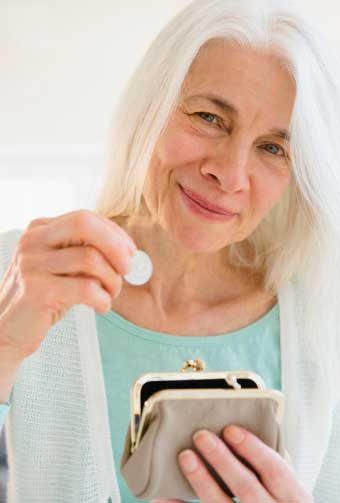 There were two ways to get to the top of the tall observation tower in the big park in Prague. One was a forbidding winding metal staircase with narrow triangular treads. The other was a small elevator.

The staircase was free.

The fees for the elevator were posted at the cashier.

Surprisingly, there was no discount for seniors, something widely available in Europe.

But when we went to pay, the cashier waved us away. Seniors could use the elevator for free, even though that information wasn’t posted. “It’s obvious, isn’t it?” she said.

It should be just as obvious that Canadian seniors ought to continue to get discounts.

But that’s an “also” – not an “instead of.” No doubt about it – everybody could use a break.

But seniors have already struggled through those stages, searched for jobs, lost jobs, fretted over mortgages, paid for day care and piano lessons and post-secondary education.

They’ve paid their taxes and supported the system – health care, schools, infrastructure, transportation, government – for 40 years or more.
And many, many seniors continue to struggle. Especially women.

Consider the following statistics from Campaign 2000 and the Globe and Mail:
— Senior women have a poverty rate double that of senior men.
— The number of seniors living in poverty jumped nearly 25 per cent between 2007 and 2008.
— Women made up as much as 80 per cent of the increase in seniors poverty.
— Women’s retirement savings tend to be smaller because they weren’t in the workforce as long.
— Men over 65 are twice as likely as women over 65 to have a job (mostly low-paying and part-time).

But the key point is that not only do relatively few men and even fewer women over 65 have significant income from employment, they have do not have any opportunity to increase their income or savings in the future, as do those embarking on their working lives or reaching their peak mid-life incomes.

Most seniors are living on what they’ve managed to save over the course of their lives, supplemented by Old Age Security and Canada Pension, and they have no way of adding to this.

Rather, they will be depleting this amount over the next 20 or 25 years – or longer, if they’re lucky.

There’s a special problem for seniors who are immigrants and, because Canada is a country of immigrants, it’s a big problem. New Canadians, especially parents sponsored by their adult children, typically have only enough years of work in Canada, if any, to qualify for a fraction of the Canada Pension.

But, as with every other demographic, the income gap between the top and bottom is great. The last time the gap between the richest 1% and the rest of us was this big in Canada was the 1920s, reports the Canadian Centre for Policy Alternatives.

But it’s to no one’s advantage to set up means testing to determine whether seniors should be able to ride the TTC for $2 instead of $3 – or to screen out wealthy seniors from any other discount. A bureaucracy established for means testing would be more costly than the discounts – and stigmatize the poor.

As for seniors discounts offered by retailers – Shoppers Drug Mart, the Bay, PharmaPlus, etc. – they’re certainly a perk for people who have paid into the system for decades. But above all, they’re a marketing tool more than a subsidy, and retailers are free to offer whatever coupons, discounts and sales enhance their bottom line.

You can’t bet they wouldn’t be offering seniors discounts if they weren’t profiting from them.

The solution to this generational argument about who’s worse off, who deserves more, who deserves less, who’s doing better, is not bickering over a 20 per cent discount on the first Tuesday of the month or a couple of dollars off the entry fee to a park.

(Interesting, isn’t it, that this friction over seniors discounts arises just when the boomers are beginning to qualify for it.)

The solution to this generational argument is making an effort to shrink income disparity in Canada and to increase social justice for every age group.