My Dental Implant: A Tale Without a Moral, er, Molar 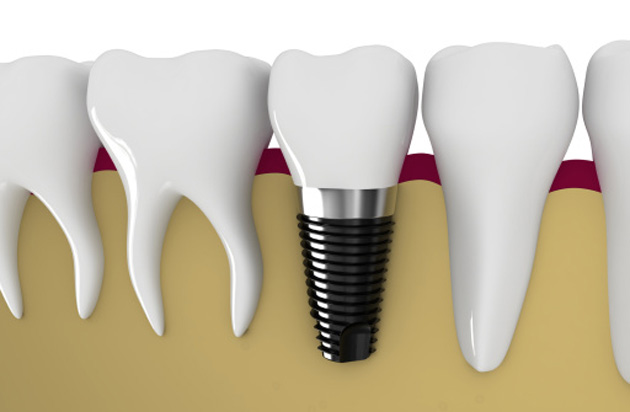 You may have heard about that 19th century guy, Phineas Gage, who had a metal rod driven into his skull, survived and became an icon of neurological science.

It happened at the construction site where Gage worked.

It was an accident, of course. Of course it was. Because who in their right mind would actually make an appointment to have a metal rod or two driven into their skull? And, still bleeding, reeling and drooling, pull out the wallet and pay, for the pleasure of being impaled, an amount approximating the annual average income of a Guatemalan family.

I knew it was going to end badly because it started badly. When I said I was getting implants, people stopped looking me in the eye and started looking me in the chest, Dental implants, I clarified. Molar woes multiplying like rabbits. Fillings old enough to apply for Canada Pension replaced by crowns which begat root canals gone bad requiring extraction which begat two implants one of which compressed a nerve and a week later become an outplant. A dental upside-down Ponzi scheme that fed on itself to deplete my finances and my soul.

It’s not that I didn’t know what I was getting into — or, rather, what was getting into me. Dozens of people I know have implants. Many said it was a modern miracle to have what feels and acts like a real tooth back in place. I even know the people whose company makes the titanium rods that were screwed into my skull. These weren’t some foreign metal rods that were being going to be drilled into my mandible. These were my pals’ metal rods.

Also, someone right here in Toronto told me she’d cleared three days to recuperate after an implant but was so fine the next day she went to work. No pain pills needed. Naturally I listened to my friends instead of a professional — one of the few dentists on the planet not doing implants at the time — who said it was like getting a hunk of metal drilled into your jaw all the way down to your feet.

He actually said “feet.” I can’t tell you if that’s what it really feel likes because I wasn’t there when it happened. I paid extra for sedation and it was worth every hundred dollars.

I’m still not sure I was really asleep, however. What if whatever was in the IV just made me forget, when the sedation wore off, what it felt like to be impaled? I mean, wouldn’t I have had to respond, to open my mouth, to….oh, never mind, Judy, just go have another Percocet.

In my upper left jaw, I now resemble an x-ray diagram of Phineas Gage, with a metal rod poking upwards into my skull. My lower right jaw is stitched where the other implant that went feral was unscrewed and outplanted. A swathe of my chin, lips, teeth and gums are tingling, burning, itching and stinging because the nerve that was liberated is beginning to respond to the anti-inflammatory drugs.

As soon as it all heals, the oral surgeon said, I can get another implant to replace the implant that replaced the tooth that was extracted after the root canal that failed to fix the damage under the crown that replaced the fillings.