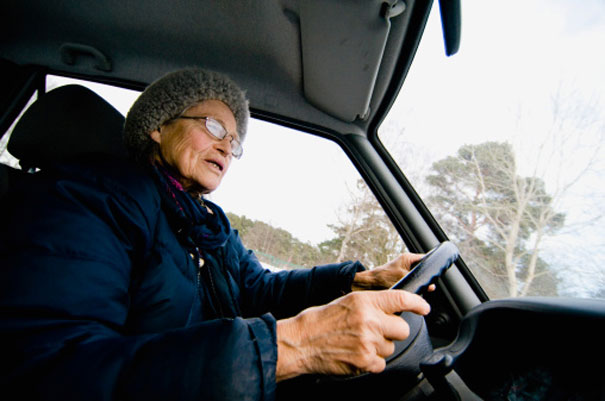 Don’t judge a person’s driving ability by their age. And instead of revoking older people’s licenses, support the ways they self-regulate their driving.

A person’s age is not an accurate predictor of their driving ability, says a researcher at Australia’s Centre for Accident Research & Road Safety at Queensland University of Technology.

“People do not wake up on their 75th birthday a worse driver than they were the day before,” insists Dr. Ides Wong, “which is what current age-based testing assumes.”

She says the results of her study show “that rather than discriminating against older drivers because of their age, by restricting their way of getting around, we could aim to improve their safety as well as mobility, by supporting them to self-regulate their driving behaviours.”

Dr. Wong looked at whether self-regulation of driving behaviour was actually adopted by older adults. She found that it was.

“Older drivers tell us that they have changed their driving patterns as a result of age, for example restricting their night-time and long distance driving habits to reduce the challenges of high-pressure driving,” she said.

“As part of my study I used in-car monitoring to confirm that older drivers do self-regulate their driving such as avoiding peak hour traffic and night-time driving,” she reported.

“”We know that as people age their physical, cognitive and sensory abilities decline. However, aged-based testing for older drivers, although popular within legislative and public domains, is problematic because we lack consensus as to which age-based tests can accurately predict a driver’s performance.”

“We do know that taking away a person’s license impacts on their mobility, independence, health and overall quality of life.

“Not having a license can be socially isolating and result in health issues like depression.”

She noted that while older drivers had a higher crash risk when measured per kilometre, the fact they tend to drive significantly less than other age groups exaggerated this statistic, giving them an unwarranted bad reputation on the roads.

“They have a far lower crash risk when compared to younger drivers, but when they do crash they are more likely to be seriously injured or killed, because they tend to be more fragile.”

Dr. Wong said her study found older drivers who had support from a “driving partner” to share the driving load, self-regulated and reduced their time behind the wheel.

“There are a lot of positive implications for supporting self-regulation of driving behavior compared with using age to determine a person’s driving ability,” Dr. Wong said.

“Older drivers can reduce their reliance on their license, while staying mobile and independent.

“Then when they must stop driving because of a decline in their ability, it will have less of an impact on their quality of life because they already have other means to meet their transportation needs.”