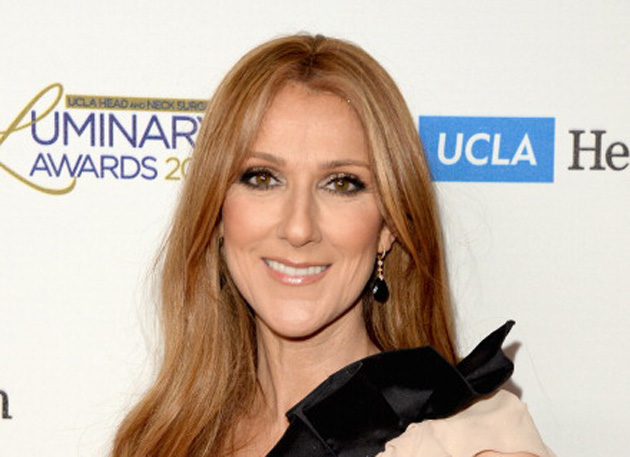 When there’s a huge age gap between spouses, they’ll typically respond to disapproval by saying, “Age doesn’t matter when two people love each other.”

But here are two words that suggest that age does matter: Celine Dion.

The superstar singer, at age 46, is putting her career on hold to care for her 72-year old husband, Rene Angelil, who is ill from throat cancer.

Dion canceled her Asia tour, postponed her Las Vegas residency and dropped out of all other performance commitments because of Angelil’s condition. He had surgery In December to remove a tumor.

It’s been a “very difficult and stressful time,’ Dion acknowledged in a statement on Wednesday.

The 26-year age gap between the two was notable when they first became a couple, when she was 19 and he was 45. He was her manager, a natural father figure, and still virile and healthy.

Now that age gap is a liability.

Dion is only the most recent star in her prime who has had to cope with an ailing, older husband.

Lauren Bacall, who died this week at the age of 89, lived for more than half a century without the love of her life, Humphrey Bogart, after his death from throat cancer at the age of 57 when she was 32.

And Catherine Zeta-Jones, 44, has been dealing with the illness of spouse Michael Douglas, 69, also from throat cancer or tongue cancer — Douglas has claimed to have one or the other at different times.

All three women, stars in their prime, were coping with the debilitating illnesses of their much older husbands while at the same time raising very young children.

Out of the spotlight, the logistical and practical challenges of the age gap are even more difficult.

Typically, much younger women marry older men who are wealthy — but that’s not always the case. And fortune’s reverses are common. Often, younger women are the breadwinners while also caring for a sick spouse. There’s even a name for them: “a purse and a nurse.”

One woman wrote about her experience in London’s Daily Mail, under the headline, “Never marry an older man. You’ll end up childless, sex starved and cutting his toenails.”

Maria-Louise Warne began her relationship with her spouse when she was 25 and he was 47.

When he was 60, he underwent open heart surgery.

“My blood runs cold whenever I read in magazines and newspapers of young women in their 20s falling for older — invariably richer — men,” she wrote. “While her new middle-aged husband might seem mature and exotic, in a decade or two he and her marriage are likely to change very rapidly.

And then there’s the opposite and rare situation, when an older woman marries a much younger man.

Somehow, this seems to work better, perhaps because women often remain physically healthier as they age.

The poster girl for this May-December arrangement is our own former prime minister, Kim Campbell, 67. She and actor/musician Hershey Felder have been partners since 1997 when Campbell was 50 and Felder was 29.

Last month, Felder triumphed on stage playing the composer in the production, Monsieur Chopin, at the Berkeley Rep in San Francisco.

As for Campbell, she joined a Lindblad Expeditions/National Geographic cruise a few weeks ago as a Global Perspectives Speaker on the topic, The Northwest Passage, Iceland and Greenland.