Hugh Grant: Too Old For RomCom? 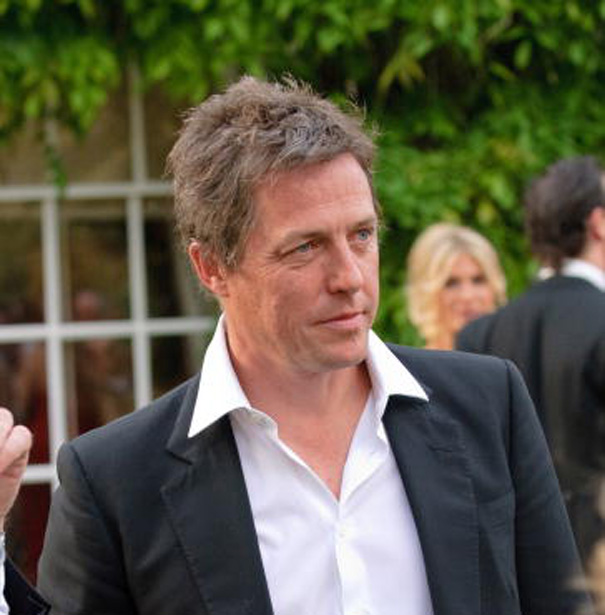 Is Hugh Grant having a midlife crisis? Or is he just indulging in his usual self-deprecating shtick?

The 54-year old actor announced this week that he’s “too old” to play the lead in romantic comedies .

”Nowadays I pretty much turn everything down anyway, because I just feel too old, certainly for romantic comedy and certainly for show business in general. Occasionally, they wheel me out.”

He declared himself past his shelf life for romcoms at the premiere of his latest, uh, romcom.

Rewrite is the story of an over-the-hill screenwriter who takes a teaching job at a small-town university to make a living, meet young girls and work as little as possible — not necessarily in that order.

Eventually he gets involved with a single mother (Marisa Tomei). Mistakes are made. Lessons are learned. Romcom occurs.

At the premiere in London this week, Grant signed autographs and posed for selfies, reported the Telegraph, ‘but insisted: ”I’m not very showbizzy at the moment.” ‘

Is Grant really too old to play a romantic lead?

Is there an expiration date for falling in love, even if it’s just acting?

At Zoomer, we think not.

Who could call Cary Grant unfit for romance at 59 when Charade played on screens 60 years ago?

What was wrong with Humphrey Bogart in Sabrina when he was 55, Gary Cooper at 56 in Love in the Afternoon or Fred Astaire, age 56, in Funny Face.

The only thing wrong with the romance in all these movies was the age of Audrey Hepburn. She was in her 20s in each of these films.

Marisa Tomei, at 49, is just five years younger than Hugh Grant in Rewrite.

Diane Keaton, 68, plays opposite Michael Douglas, 70, in And So It Goes.

When Kline joked about taking the role because it was his “last chance to get the girl,” he was only partly right.

It may be unseemly for an older man to get the girl. But he’s never too old to get the woman of a certain age.