When a Little Girl is Used as a Bomb, What Do We Do? 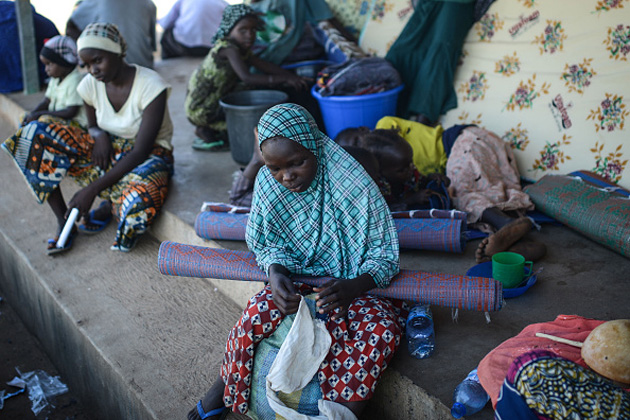 I have been a working journalist for longer than I care to say — well, let’s just say that I wrote about TV coverage of the assassination of Robert Kennedy as staff critic at the Minneapolis Star (look up the year for yourself if you must).

So of course I was horrified by the attack last week on the satirical magazine Charlie Hebdo by Islamic jihadists.

The robust defense of freedom of the press has been necessary, vigorous and heartening (though I’m not convinced that purposely re-publishing provocative cartoons offensive to religious beliefs is required to demonstrate this freedom).

Rightly, the Paris murders have rallied millions of people of different religions and nationalities against Islamic terrorism.

But where is the same revulsion and resolve and massive coverage about the young girls in Nigeria who are strapped into suicide bombs and sent to kill by the Islamists of Boko Haram, a name that translates loosely to “Western education is a sin”?

On the day after the Kouachi brothers, the kosher supermarket terrorist and his hostages were killed, when the world was consumed with the Paris tragedy, the New York Times reported the chilling, sickening details of how a child in Nigeria was used as an instrument of death.

“‘It’s a little girl,’ said the hospital official… ‘the body is beyond recognition, but from the face you can see it’s a young person. A young pretty girl.’

“Several witnesses said it appeared that the girl might not have been aware of her deadly burden: ‘This girl may not necessarily know she was conveying a timed bomb. The girl was torn into two halves, and half of her body was thrown across buildings by the devastating blast.’

But using the bodies of little girls as bombs is beyond disturbing, beyond sickening.

I don’t know if all the attention focused on defending freedom of the press and mourning the cartoonists could be brought to bear on what Boko Haram is doing to these girls.

Or whether it would make any difference.

But I think it should be.

I recognize that Europeans and North Americans don’t have the same geopolitical interest in what happens in Nigeria as they do in what happens in Paris. Boko Haram doesn’t threaten us as at home as Al Qaeda and ISIS do. And that journalists and the media naturally mourn their own colleagues and and focus on their own causes more than others; that we know the names of the cartoonists, some of whom were French celebrities, while the child victims of Boko Haram are anonymous.

And I’m certainly not suggesting that any life is more valuable than any other, or any death at the hands of a terrorist more awful than any other.

In fact, I’m saying that the little girl in Nigeria torn in two and the cartoonist shot in cold blood are equally who we must be absorbed by and identify with.

As a journalist, I am Charlie.

As a grandmother of three little girls, I am that nameless Nigerian child.