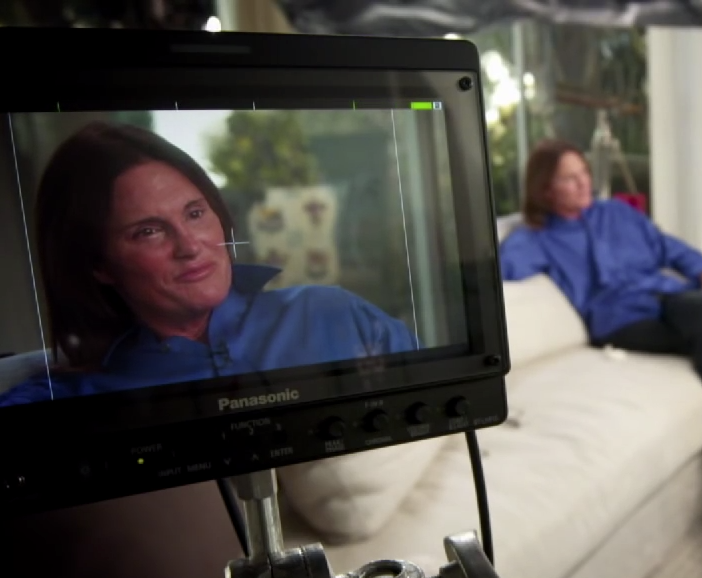 Bruce Jenner has come out and gender blurring is in.

I’m glad Jenner had the courage and the guts — I briefly considered another body part but thought better of it — to become who he’s wanted to be: a woman.

If his very public transition helps other transgenders or educates more people about gender blurring and elicits compassion for it, that’s a plus.

If Jenner’s motive for making a spectacle of his transition was to maximize his celebrity and income, well, that’s okay, too. It’s the American way, or at least the Kardashian family way.

If he figured that he couldn’t go quietly into womanhood anyhow and might as well deal with the sensationalism with as much dignity as possible, choosing Diane Sawyer as his conduit was a wise choice.

Certainly I have no problem with Jenner’s gender quandary.

And I don’t care who he/she has sex with or whether he/she wears nail polish and a negligee when he/she does.

In fact, I think Jenner is a lot like the Apple Watch — an avant-courier, bringing news of what lies ahead, what we can expect in the future.

“There’s a tremendous variation in both men and women,” renowned sex historian and author Vern Bullough told me when we were discussing the 2004 movie, Kinsey.

Bullough, who died in 2006, was a visiting professor at the University of Southern California at the time but had also served as dean of of social and behavioural sciences at the State University of New York at Buffalo. He was the author or editor of dozens of books about sex, including Sexual Variance In Society And History.

Sex researcher Alfred Kinsey’s groundbreaking work had positioned homosexuals and heterosexuals along a line ranging from zero to six and found many in between, Bullough explained.

But in current thinking, instead of a straight line extending between the two orientations, the difference is viewed as two, overlapping bell curves.

Gender studies, he said — “trying to define what we really mean by female, male and
homosexual” — is what has come into focus in the last few years.

Until the recent discussion and acceptance of gay marriage, with some men referring to their male partners as their wives, it’s women who have been pushing the traditional boundaries of gender expectations, in the workplace and at home.

Maybe sometime soon, with former jock Jenner as the poster boy for gender blurring, men who might enjoy wearing negligees and nail polish while watching hockey and football (or having sex) might be more comfortable with who they are, and aren’t.

In the meantime, note that the Apple Watch doesn’t come in a ladies’ or men’s style. It’s two sizes for everyone.