FIFA Takedown: An Act of Revenge? 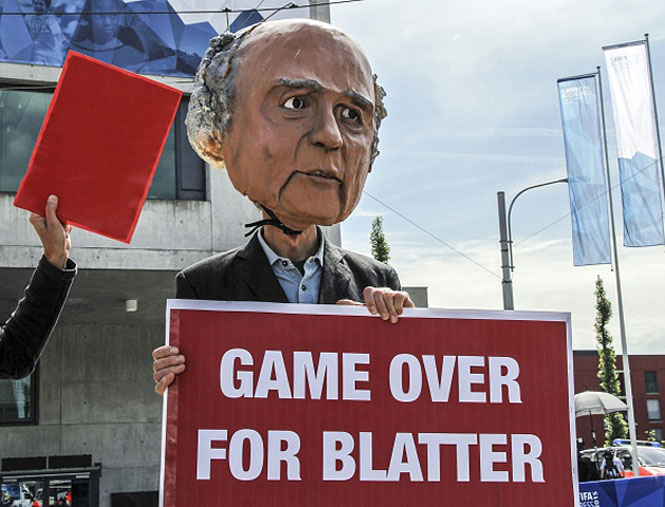 That means waiting until enough time has passed so that the insult is considered over and done with and the target is caught off guard.

And then serving up something utterly destructive, something so deliciously soul satisfying that it heals and brings joy and transforms the original slight or insult into an opportunity for brazen empowerment.

It’s a pretty good bet that the investigation into FIFA’s corruption and money laundering was undertaken, oh, about five years ago, when the U.S.A. lost its bid for the 2022 World Cup to Qatar.

In October 2010, the United States withdrew from the 2018 bid process, to focus solely on the 2022 competition.

Slap Uncle Sam in the face like that? Wait for it….

Many revenge stories revolve around cheating spouses and divorce: shredded clothing, banged up sports cars, wiped out bank accounts. (We’re not talking about actions in the heat of anger, some of which tragically may include domestic violence.)

One woman who calls herself revengelady itemized the ways she found relief and justice with revenge: “Whenever he does something horrible or mean, I do spiteful little things he never knows about. I have scrubbed the toilet with his toothbrush, blew my nose on his pillow, stuffed his dirty socks in his pillow case, spit in his food, flicked cigarette ashes into his coffee and even peed in shoes. He has never known any of the evil things I have done and we’ve been together for 8 yrs. I warned him early on — don’t mess with me.”

Most people know the the urban lore about how, if you’re rude to the wait person, you’ll get spit in your soup.

But these are amateurish, petty ways of revenge.

What have you to admire are the undertakings that require a cool, methodical approach like the U.S. takedown of Blatter’s bribe-infested empire.

One of the best and most creative acts of revenge was conceived and performed by Canadian musician Dave Carroll and his band, Sons of Maxwell.

When Carroll’s guitar was broken during a United Airlines flight in 2008 and the airline’s reaction was indifference and no compensation, Carroll wrote a song called “United Breaks Guitars” that went viral in 2009. It was a public relations disaster for United.

Writers often use thinly veiled characters in their novels to exact revenge on critics.

After Michael Crichton’s State of Fear received a bad review from Michael Crowley, Crichton created a character named Mick Crowley in his next novel, a child rapist with a very small penis who, like the critic, was a Yale graduate and Washington-based journalist.

On a global scale, acts of revenge occur throughout history, and not just in the form of violence.

When France surrendered to Nazi Germany in 1940, Hitler arranged for the formal signing to take place in the exact same spot where twenty-two years earlier the Germans had surrendered. To avenge the earlier defeat, he even ordered that the capitulation take place in the same railroad car that was the site of the German surrender decades earlier.

It’s no wonder so many plots, including Shakespeare’s turn on calculated acts of revenge.

Sepp and his cronies may have underestimated the disappointment of the U.S. and the disgust about FIFA’s corruption while overestimating their own potency and invulnerability. But in the end, their biggest mistake was in underestimating the lust for sweet cool revenge.