Americans: What ARE You Doing? (Drumpf?!) 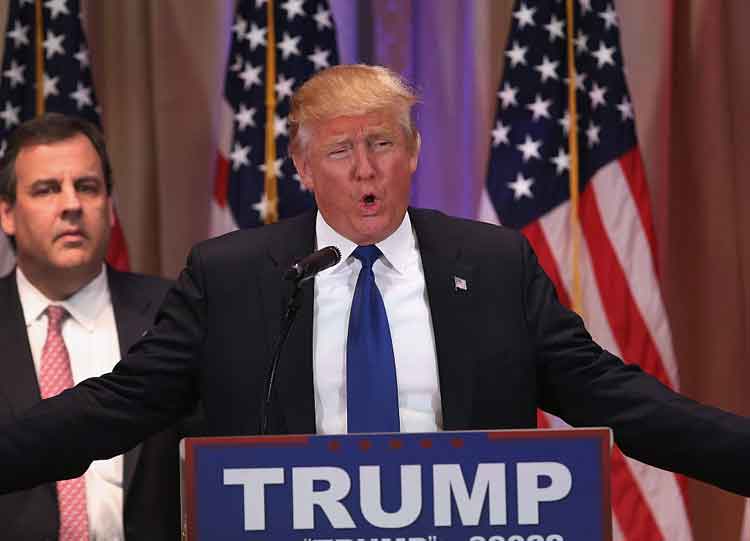 Have Americans ever seemed more alien to us?

Picking a president the way they do, with interminable campaigns and billions of dollars flushed down the toilet, has always seemed slightly wonky.

(Speaking of flushing toilets, my favourite quote is that the election in November now looks to be a contest between an incrementalist and an excrementalist.)

But today, after Super Tuesday, and Trump’s unprecedented success, Canadian incredulity at the insanity down south just grows.

Really, what more could Americans hope for in their leader?

But maybe that’s a big plus.

After all, Trump’s America, with its winner/loser mentality, winner-takes-all ethos and lack of compassion for losers, is really just like one big casino.

I was in Massachusetts last week, one of the seven states Trump won last night, checking out of a supermarket.

The cashier told me I could use the chip on my credit card. I said something about the U.S. catching up to chip cards.

“Yeah, Canada is ahead of us in some ways,” she said.

“I guess you wish you had our health care,” I suggested.

“Oh, no,” she said, firmly. “We wouldn’t want that here. That’s too much like the European way for us.”

Here was this older woman working as a supermarket cashier who was horrified at the idea of universal health care. She preferred to gamble, paying lower taxes now and taking the chance that she would never have catastrophic health costs in the future. Or maybe she didn’t even figure that out. Maybe she was just parroting what she’s heard on talk radio.

Trump’s own gamble is that enough poorly-educated, alienated white Americans bewildered by a fast-changing world that’s leaving them behind, confused, and insecure, will buy what he’s selling — a promise to wrestle the world into submission and maybe even line up Triple Diamonds on the slot machine for everyone — while overlooking his awfulness and vacuousness.

So far, his gamble is paying off.

Up here in the truth north strong and free, we can’t afford to be too smug while watching the spectacle in the U.S. which is now about as entertaining as a plane crash.

Trump hasn’t said much about Canada but if he’s president and wants what we have, whether its fresh water or natural gas or timber or oil sands or beneficial trade agreements, you can bet he’ll try to bully his way into getting it.