Why Some People Hate Hillary Clinton 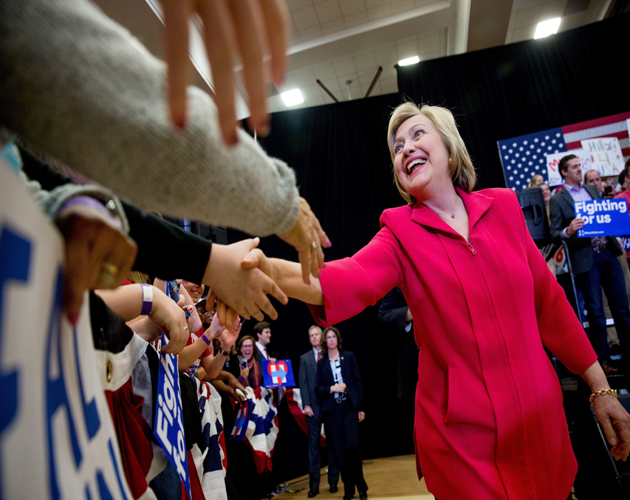 Last night, I dreamt that Hillary Clinton wanted to give me Botox injections.

Clearly, I’ve been following the U.S. election too closely. And identifying too intensely with Clinton as an aging woman faced with all the jabs aging women face when they refuse to retreat into the background.

I went to sleep in a state of anxiety after CNN reported that Clinton was behind in the Kentucky primary, which she was expected win in a landslide.

She ended up winning with an ever-so-slight margin.

But I’m seriously worried—and incensed that the candidate most qualified to be President is being bullied, belittled and cut down because white men accustomed to being in charge are upset at being upstaged and challenged by a 68-year-old grandmother.

Clinton, of course, is merely the point person for the anger straight white men are feeling about losing their dominance in a country where minorities and immigrants are in ascendance, where gays and transvestites are finally getting their due and where women are gaining power.

Trump is the standard-bearer for these guys who feel disenfranchised.

He’s hawking virility, brute strength and white American male entitlement, including the right to attack others, to objectify women and to speak rudely and crudely without repercussions.

Other men, more educated, who can’t quite bring themselves to support the cunning but crazy presumptive Republic nominee, are opting for Sanders.

Neither Trump nor Sanders has been subjected to the corrosive scrutiny directed at Clinton for the past 30 years.

Imagine that a woman like Clinton were running for President with the baggage accompanying Trump—bankruptcies, mistresses and three marriages—or Sanders, with an out-of-wedlock child.

She’d never have made it this far.

Instead, Clinton is being attacked for her husband’s indiscretions and for defending him.

Also, more often than not, I find Clinton being referred to dismissively by her first name while it’s typically “Donald Trump” or Trump. Same for Sanders.

Whatever happened to calling Trump, derisively, “The Donald”?

I’ll tell you what happened.

From being a ridiculous joke, he’s manipulated the media, the Republican Party and the less savvy American populace into believing he’s a credible candidate.

Sanders, less of a joke but nevertheless equally improbably, has achieved the same status on the left.

The popularity of both men is propelled by Clinton’s gender, combined with her age and long years of service.

Older women are supposed to fade away without a fuss, to become invisible.

Many anti-Clinton people aren’t even aware that they’re motivated by that attitude.

Or just how much of a nightmare a Trump presidency could be.