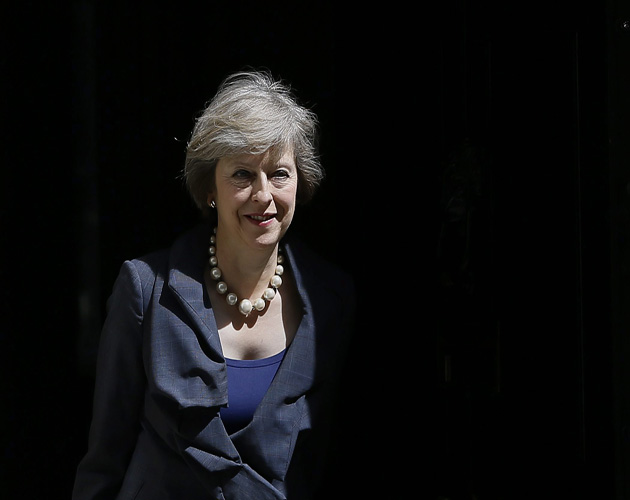 Boomer women like us can now see ourselves reflected in the leaders of some of the world’s most powerful countries, like Theresa May in Britain.

I expect that my young American granddaughters, when they’re a bit older, will wonder why there was such a big fuss made about women leading several of the world’s great democracies.

With Theresa May, 59, today becoming Prime Minister of Britain, with Angela Merkel, 61, holding fast as Chancellor of Germany since 2005 and with Hillary Clinton, 68, soon to be President of the United States (although I am still having nightmares about Trump), mature women power is about to become a fait accompli.

What was, not so long ago, unimaginable, will, very soon, be unexceptional.

It may be awhile before the women heading major First World nations are regarded and reported on in the same manner as men in those positions.

May was attacked, in the run-up to being acclaimed as leader of the Conservatives, for not having children.

Granted, her opponent was also a woman. Audrey Leadsom claimed she’d have a greater stake in the future of Britain because she had three children, whereas May was not a mother. But I can’t imagine the subject of who was better positioned to be Prime Minister because they did or did not have offspring arising if the candidates were men.

Then there’s the issue of appearance and wardrobe.

I have to confess that the first thing I thought when I saw the photo of May in today’s Daily Mail, was, “Cleavage!”

It was just barely there, but there it was.

Maybe it’s just a matter of not being used to catching a glimpse of cleavage on a Prime Minister of Great Britain.

Certainly Margaret Thatcher was as conservative in her dress as in her policies.

But cleavage and jewelry and hairdos and colour selections and pant suits and power suits on our world leaders are something we’ll get so used to that soon it won’t even be remarkable.

And won’t that be wonderful!

Especially the part about how boomer women like us can now see ourselves reflected in the leaders of some of the world’s most powerful countries.