Donald Trump as Sexual Predator: Should We Be Surprised? 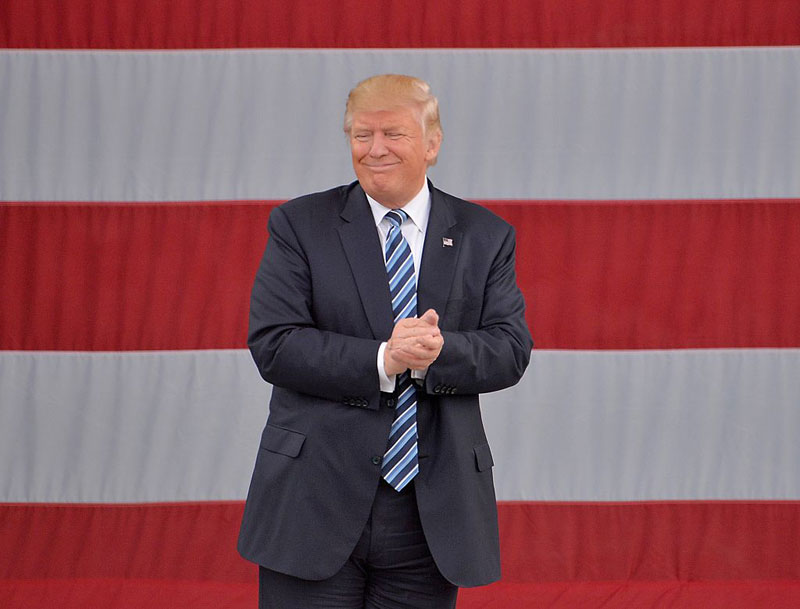 Donald Trump is a womanizer? He objectified women? What a shock!

While everyone hyperventilates over reports of Trump’s long history of perpetual adolescence, let’s pause for a moment and consider how we got to this point.
A quick search shows that Trump has been on the Howard Stern show at least two dozen times since the late 1990s.
Stern has not exactly been a beacon of issues-focused journalism. His reputation is based on providing the raunchiest celebrity sex talk he can get away with on radio. Stern has been saying publicly for years what Billy Bush thought he was saying in private on that Tump video.
Donald Trump owned and ran international beauty pageants. You know, the kind with swimsuit competitions and big hair. Reports have surfaced that he was, er, intimately involved in evaluating the contestants sans bikinis.
Donald Trump’s marriages, affairs, and skirt-chasing antics were splashed across New York tabloids long before “You’re fired!” entered the TV pop culture Hall of Fame.
So his sexist attitudes certainly didn’t start with Trump declaring that Heidi Klum was no longer a 10. Let’s face it, Donald Trump has been objectifying women since before reality TV even existed.
But so have we all.
There’s a massive double standard here that’s been exposed among all the recent hype and trauma of Trump.
The dirty secret is that our society objectifies women all the time.
Have you seen a beer ad lately? Looked at a magazine stand? Checked out a cosmetics counter? Sex sells. Even the hint or prospect or fantasy of sex. Come hither. It’s an old story.
And a big one.
When Kelly Oxford, an author and social media personality, asked last week for women to tell their stories of sexual assault on Twitter in light of the Trump video, and 9.7 MILLION women replied, we know that it has hit a nerve. “Rape culture” is the newest catchword.
And, Canadians, we were there first, courtesy of Jian Ghomeshi.
But no one is clamoring to remove skimpily-clad cheerleaders from football teams, or shut down those gaudy televised beauty contests. No one is protesting “The Bachelor” for its objectification of women. (It’s okay as long as we also have “The Bachelorette.”) Our society reveres models, the very name of which suggests unrealistic physical perfection. Neither are women rushing to dump their high heels, makeup and trips to the salon. We are fine with Fifty Shades of Grey, as long as it doesn’t refer to a woman’s hair.
The fact is, everyone accepts that women adorning themselves to attract men, and men selecting what most attracts them, is normal behavior. Men bragging about their possession of attractive women long predates Donald Trump and his “trophy wives,” or his extra-marital provocations with the many other women we are now learning he touched, groped or tongued.
So it’s sad but not surprising that girls, unlike boys, constantly receive messages from early childhood right through high school that what you look like matters more than who you are or what you can do.
There have always been bigwigs who think they can do whatever they want with women. Hollywood was built on that system. So was fashion and the music industry. Male money and male power protect it, and all of society buys into it, men and women alike.
Hey, honey, let me take you furniture shopping. I’ll introduce you to people. Let me buy you a drink.
Just ask Bill Cosby.
The problem is that at the same time we are shocked and disturbed by the juvenile macho antics of Trump or the creepy avuncular Cosby come-ons, we have no problem being bombarded daily by images, products, and entertainment that objectify and demean women.
It’s wonderful that the Trump implosion has caused real conversation and dialogue about the treatment of women and their bodies. We should certainly recognize these men as being the sexual predators they are.
But we should also recognize our society’s easy acceptance of the conditions that created them.