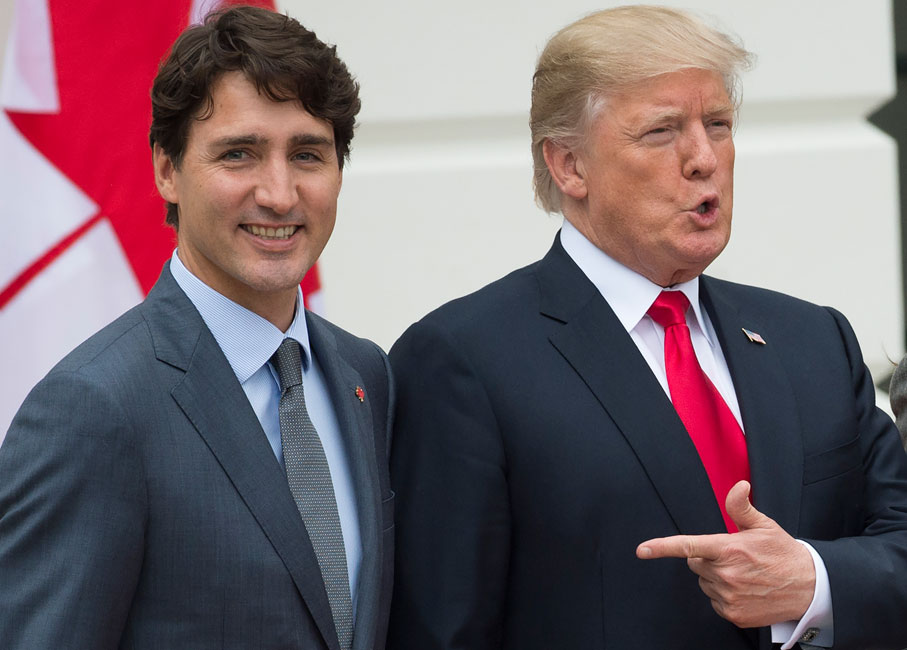 The bluster of Donald Trump knows no bounds. The Washington Post has obtained tapes of a speech the President made to donors in Missouri, in which Trump recounts how he bluffed his way through a past meeting with Prime Minister Justin Trudeau, braying about a trade imbalance that doesn’t even exist.

According to the tapes of the Missouri event, Trump rebuffed statements by Trudeau that the U.S. has a trade deficit with Canada, a frequent mantra the U.S. President has been repeating in the lead-up to renegotiations of the North American Free Trade Agreement.

It turns out the U.S. actually has a trade surplus with Canada – a fact that the President wasn’t aware of. In the transcript, though, Trump laughs at his mistake. He recalls Trudeau suggesting that it’s Canada with the trade deficit, not the U.S. In the tapes transcript, Trump responds: “You’re wrong Justin.” [When Trudeau remains firm, Trump responds] ‘I don’t believe it’ … I sent one of our guys … I said, ‘Check, because I can’t believe it.’ ” The “guys” came back with proof that Trudeau was in fact right. The 2018 White House Economic Report of the President (which is signed and, supposedly, read by the President) stating that “The United States ran a trade surplus of $2.6-billion with Canada on a balance-of-payments basis.” “I didn’t even know … I had no idea. I just said you’re wrong Justin,” said Trump.

While the President was making light of this, it’s really a slap in the face to its closest ally, a fact noted by Bruce A. Heyman, former U.S. Ambassador to Canada. In response to the story, he tweeted: “As an Ambassador I worked 24 hours a day for 3 years to enhance our relationship with Canada … The President is casually throwing Canada under the bus and this is just wrong.”