New Orleans: How to Take It Easy in the Big Easy 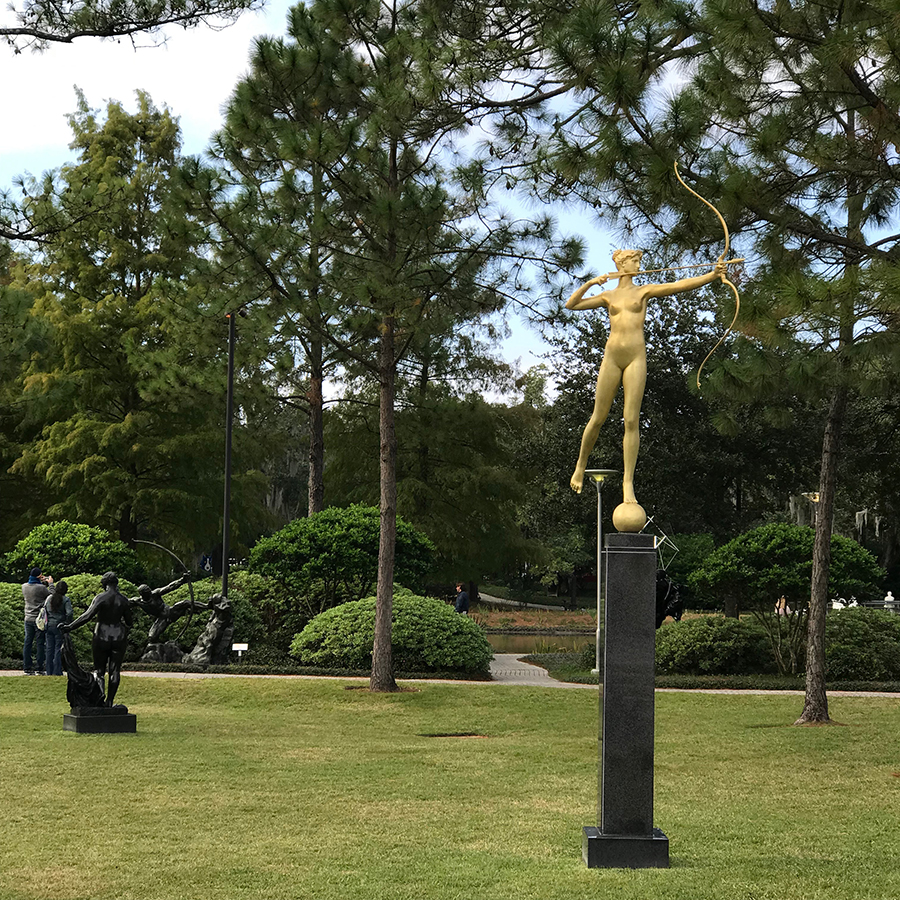 There’s a spirit in New Orleans that defies description. It floats, vibrates, stuns even, at a harmonic that, fortunately, mere mortals can hone in on. And, yet, it’s this mortal coil of which this community has had to endure that is what makes it so unique, so magical. The shadow of Hurricane Katrina, however, still looms. Yet time is a healer, and it’s the rise above ethos of NOLA’s residents that you can feel almost immediately when you land. And land, you do, smack in the middle of something, no matter what part of the city. Music is a spiritual endeavour in New Orleans, and has been since the late 1800s. The birthplace of many American styles, jazz, of course being its most passionate child. Europe’s shiny brass — and sometimes brash — collided with the beat of Africa and the voodoo of the Caribbean, where the boom of drums tempered the wild screech of the horns. Masterful musicians, with monikers like Jelly Roll and Satchmo, rolled off the tongue, making Ferdinand Morton and Louis Armstrong household names. You could say it was the birthplace of the multi-cultural mix — black, white, creole, latin — that so many cities are still striving to achieve. The Big Easy.

And there really is music everywhere. Meander through the French Quarter and, at a moment’s notice, a city block could close down for a marching band of horn players, or a group of teenagers with electric guitars — or even younger kids armed only with drumsticks and upside down rubber pails, banging out the beats. This, to me, is New Orleans. It’s infectious. You can’t help it. Even the most staid of visitors might be caught tapping a toe or shaking their hips, clapping hands and laughing at the same time. It’s okay if it’s catching — this thing called jazz, this music that’s been floating through the air here for more than 100 years. We want this bit of happy. And after dark, these streets could easily play host to the likes of the vampire Lestat, night owl of the most epic proportions, and Marie Laveau, the New Orleans Voodoo Queen. Ghost stories and reports of hauntings persist to this day, but it’s the legends that persist. Laveau, a woman of Louisiana Creole descent, was also a devoted Catholic. Voodoo in this part of the world — in a not so different manner as jazz itself — was a melding of West African religions brought to the New World during the time of slavery, mixed with Native American traditions and the Christianity of Lousiana. I’m not trying to gloss over the fact that, yes, zombies and voodoo dolls were still part of what’s considered by many to be a strange and evil practice, but in New Orleans, this “dark” art lead by Laveau was also considered a healing art.

Heard of Love Potion #9? That was a concoction of Laveau’s. Lawyers, doctors and political leaders would consult with Laveau, whether it be professional or personal, and attend her salons to connect to the spirit or the occult, or whatever exotica (in their eyes) Laveau could conjure during weekly meetings at her home — as well as have the chance to bask in her renowned beauty. The meetings were more likely a hopped up version of a prayer circle or even a super-charged seance, but Laveau understood the power of theatrics and persuasion. She grew to be a very successful businesswoman, even garnering a complimentary obituary in the New York Times at her death.

And no wonder. She was a pillar of the community, an eminent black woman entrepreneur in a time when slavery still existed, worked tirelessly nursing yellow fever patients, was an outspoken advocate of women’s rights and defender of freed slaves and still took the time to practice her Catholicism, praying with prisoners on death row. Her grave, at St. Louis Cemetery No 2, is still visited by thousands, perhaps looking for a little love potion #9 for themselves.

Unable to attend one of these storied salons, or seek Laveau’s brand of weird medicine, I searched for some healing of my own. Naturally, I was seeking something kinder and gentler than having pins applied to a doll of my likeness (apologies, acupuncture, I just couldn’t help myself), and there it was: the Voodoo massage at the Ritz-Carlton’s spa, in the French Quarter, Laveau’s old stomping grounds. I had been experiencing a constant pain in my thigh, from my hip bone to my knee, which was becoming a bit worrisome as it was keeping me up at night, and I had tried everything from gentle stretching and exercise to intense Swedish massage. Yet it had persisted for nearly four months.

The full-body massage was lovely, while Afro-Caribbean beats pulsed through the stereo in the background, but the healing started when what the therapist called locally crafted herbal poultices — pretty round linen swatches filled with herbs that Laveau may have used in her own potions — were brought into the mix. She warmed up the poultices — the scent of vetiver, cypress, moss and what I suspected was absinthe permeated the air — and then started to apply them gently to my body’s pressure points. I had pointed out my pain, and she paid special attention to my leg, gradually increasing the pressure to the area. It’s been three months, and I haven’t had any discomfort since.

The spirit of Marie Laveau? Perhaps. Or in the hands of a modern day experienced therapist, a healer of sorts, the potions and concoctions hold a greater weight. Either way, I’m healed. The Moët Chandon champagne vending machine (yes, I said a champagne vending machine) in the lobby of the Ritz-Carlton only matches the hotel’s Gumbo trolley, where you’ll find the chef ladling out the freshly made local favourite at 5 pm daily.

All this talk of music and magic is making me hungry. And quite frankly, I’ve digressed, utterly. What I’d meant to do was tell you simply, dear reader, how to eat, drink and be merry easily in the Big Easy. This is the city of creole and cajun, of Emeril Lagasse (Bam!) and the Brennan brothers, of Antoine’s and Arnaud’s and of Po-Boys, Muffaletta sandwiches, gumbo and étouffée. For Beignets and coffee: Café du Monde, at its original location on Decatur on the edge of the French Quarter. Breakfast is, after all, the most important meal of the day. And in the Big Easy, that could be just about any time of day or night. But sometimes you just need a bit of jet fuel, as in strong French Roast coffee and a hit of sugary delight. These deep-fried, powdered-sugar delights promise to chase the blues away. And give you energy to dance the night away to more jazz. Skip the long wait for a table, head to the take-out line around back and get it to go. Munch away in nearby Jackson Square, or take in the overlook of the great Mississippi river just a beignet’s throw away. For muffaletta sandwiches: Ask anyone in NOLA, it’s Central Grocery & Deli on Decatur Street. It’s the ne plus ultra. Period. Wait. What’s a muffaletta, you ask? It’s a type of bread originating in Sicily: a round sesame-flecked loaf, used in New Orleans by Italian immigrants to create this now NOLA iconic sandwich. Stacked with charcuterie meats and cheeses and schmeared with an olive salady spread, it’s the boss of sandwiches. Sure, there are messier and expensive versions everywhere in the city, but Central Grocery is its birthplace, and they’ve been stacking them since the early 1900s. Get in line, order a half loaf, eat half of that at the counter, and then give the other half to a homeless veteran, who you might just bump into on Decatur. You’ll be satiated and fulfilled.

For an afternoon cocktail: Book a table poolside at W Hotel. The greener than green garden setting in the middle of the Quarter, paired with the punchy citrus-hued decor will have you ordering another, then moving indoors to the hotel’s innovative restaurant, SoBou. We like the yellowfin tuna pops served in cones; they’ll awake your inner child just like snack time. Or, stop in at the Hotel Monteleone and slide into a seat at the Carousel Bar. The round bar slowly and continually spins in a circle, guaranteeing you won’t miss a thing at this historic and popular hangout.

For jazz: Head straight through the French Quarter, and opt for the neighbouring Marigny neighbourhood’s Frenchmen Street instead. If you’ve only got one night, focus on hopping between Spotted Cat (my favourite because there’s live music all day and night) for a standing room only show of local artists where it’s not unusual to see a 17-year-old drummer jamming with a 77-year-old horn player; Snug Harbor for a bit of classic acts and dinner; and d.b.a., for music mixed with a great whiskey list. If you’ve got an extra night, book a table at Three Muses, where you can combine dinner and a show, and a nightcap at the bar.

For a Save: Four-Points Sheraton, smack in the middle of the French Quarter, and walking distance to the inexpensive and historic streetcars of Canal Street, which can take you just uptown in about 20 minutes or so to the inspiring Sydney and Walda Besthoff Sculpture Garden. Ask for a courtyard room that overlooks the sunny pool, unless you want to be up all night partying with the merrymakers on Bourbon Street, that is.

For a Splurge: Book the Ritz-Carlton. Spend a little more on a Club level room, and get a lot more with access to the cosy lounge, where fireplaces blaze, and complimentary breakfast, lunch, and canapés all day are on offer and wine, beer, spirits and even some nice bubbles are free-pouring come cocktail hour. Snacks and cookies 24/7, naturally. And, for antique lovers, it’s just around the corner from Royal Street, known for its vintage boutiques and galleries.

As they say in NOLA, let the good times roll.