Vancouver’s Royal Moment Thanks to Harry and Meghan 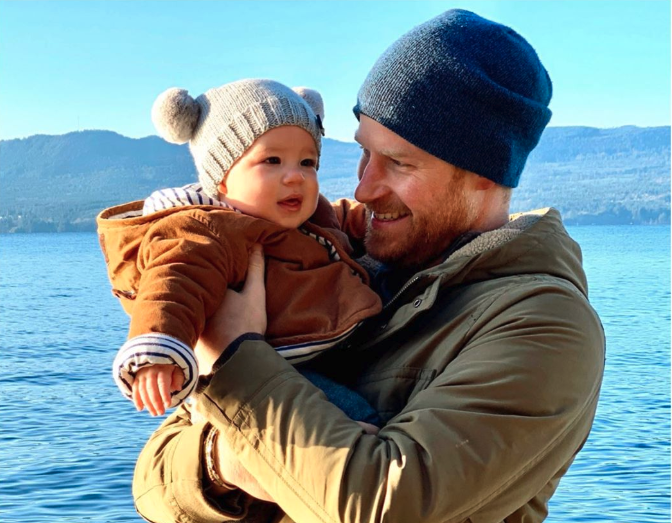 Prince Harry and his son Archie pose for a photo believed to be taken on Vancouver Island near their Deep Cove rental home in North Saanich. Photo: sussexroyal/Instagram

In their quest for “a more peaceful life,” Harry and Meghan seem to have been seduced by the British Columbia effect.

That’s what provincial tourism marketer Destination BC calls the stress-busting, west-coast combination of tall trees, wilderness and a laid-back vibe.

Visitors to Vancouver Island, and those lucky enough to live there, know all about it.

Will the Duke and Duchess of Sussex put down part-time roots near British Columbia’s capital city of Victoria? They’ve already returned to the tony, oceanside villa a half hour away in North Saanich where Harry, Meghan and baby Archie spent a six-week Christmas break.

Stepping back from senior royal duties has given them a small taste of Vancouver Island’s hidden gems, which include beloved getaways with stunning views along east and west coasts.

Where Victoria once relied on its oh-so-British heritage and twee tearooms as a selling point for tourists, the vibrant city now draws visitors with a robust restaurant scene that focuses on locally sourced cuisine, craft brewing and distilling, outdoor activities, rich Indigenous culture and the some of the best weather in Canada.

From forest bathing to spotting whales, stepping back B.C.-style can be good for the soul.

As Vancouver Island is having a royal moment, here are some suggestions for ways Harry and Meghan can expand their Island horizons. It may even inspire your travel plans.

This one’s for baby Archie. About a two-hour drive north of Victoria, the long stretches of sand are a kid’s dream. At Parksville’s Rathtrevor Beach Provincial Park, you can walk out nearly a kilometre at low tide into the Strait of Georgia. It’s a perfect spot for curious youngsters to peer into tidal pools for shells, clams and tiny sea creatures. Follow up with a visit to Morningstar Farm to meet the animals and pick up a litre of grass-fed, whole milk from Canada’s first coin-operated, milk-on-tap dispenser. Archie will also love the goats grazing on the grass-covered roof of The Old Country Market at Coombs, about 10 minutes away, which opens for the season in early March.

Want beauty and seclusion? Known as the Tall Trees Capital of Canada, Port Renfrew is at the end of the road on the west side of Vancouver Island, about two hours from Victoria. Wild Renfrew Seaside Cottages front a private rock beach at San Juan Bay, with cozy propane fire pits for evening snuggling. The Renfrew Pub at the end of the dock has local craft beers and excellent B.C. seafood chowder. Summer whale watching tours with Orca Spirit leave from the resort. Explore tidal pools filled with colourful marine life at low tide in nearby Botanical Beach in Juan de Fuca Provincial Park. The trees here are the superstars, including the giants in an old-growth stand called Avatar Grove.

There are several whale-watching tour companies based around Victoria to spot plenty of marine life, including black-and-white orcas, gray, humpback and minke whales in their natural habitats. Sea lions, seals and porpoises are also a draw on these tours. Tourism Victoria has information and links to tour providers, but Harry and Meghan might have a soft spot for the Prince of Whales.

A Victoria tradition since 1908, the upscale tea service in the Lobby Lounge of The Fairmont Empress Hotel across from Victoria’s Inner Harbour includes savouries and pastries made with locally sourced ingredients, teas and the option to splash out on a glass of champagne. Tea comes with a royal love story at Abkhazi Garden, a hidden gem in a residential Victoria neighbourhood. Shanghai-born Peggy Pemberton-Carter and exiled Georgian Prince Nicholas Abkhazi met in Paris in 1922. Separated by the Second World War, they reunited in 1946, married and settled in Victoria, turning the acre around their home into a lush garden that reflected their travels. It became known as “the garden that love built.” Their former home is now the teahouse, where you can have a cuppa overlooking the garden.

The Westholme tea farm is about two hours from Victoria in the lush Cowichan Valley near Duncan. In the cozy tearoom, sip from tea ware by ceramic artist Margit Nellemann, who runs Westholme with her husband, Victor Vesely. He grows and blends the teas and leads tours of the farm. “It’s a perfect place for Royals, or former Royals,” says Vesely. Visitors can walk among 800 bushes in the tea terraces, then choose from a sizable menu of teas to sip or buy, including Westholme’s estate-grown green tea. New this year is Heron’s Wing, a black tea Vesely describes as a rich, deep and earthy English-style tea with hints of Chinese tea and a uniquely Canadian flavour. Sounds like the perfect sip for a pair of former Royals.

Harry and Meghan hit the trails at Horth Hill Regional Park to enjoy views of the Gulf Islands and the treed Saanich Peninsula, home to wineries and rolling farmland.

A Victoria couple say Meghan snapped their photo when their selfie attempt failed. And Meghan was spotted taking baby Archie and the couple’s dogs for a walk there last week. Check out the photo of the couple, walking hand-in-hand among the trees, on the “about” page at their new SussexRoyal.com website. The scene looks pretty familiar to Horth Hill hikers.

A world’s-end feel, rocky trails, beach walks, hikes along Pacific Rim National Park and views of the wild surf make Tofino the ultimate spot for seclusion seekers like Harry and Meghan. An inspired and creative, hyper-local food scene heavy on foraged delicacies sets Tofino and sister community Ucluelet apart. Cuddle up at the Wickaninnish Inn in winter for some serious storm watching on sandy Chesterman Beach. But Meghan, a self-described “California girl,” might prefer to ride the surf. Surf Sister Surf School in Tofino has an all-women squad of instructors to give the Duchess a refresher. Harry can join her for a two-person private lesson for $269. “For people who get really stoked,” instructor Liz Coull says you can add a second class. Students can expect to be able to stand up on the board and surf a shallow wave after their first lesson. Classes run year-round, depending on weather.

Get to the Point No Point

The drive along the southwest coast of Vancouver Island on Highway 14 to Sooke is a gorgeous ocean-side route. About an hour from Victoria between Sooke and Port Renfrew, Harry and Meghan could find the seclusion and nature they crave at Point No Point Resort. There are binoculars on each table in the dining room so guests can look for whales, eagles and otters over lunch or dinner. Get the code for the locked gate from the desk and take one of the forested paths down to a private beach and watch the surf or explore tidal pools at low tide. There are 25 cozy cabins for rent with ocean-view hot tubs. With no phones and no Wi-Fi, this is a place to get away from it all. Employee Rebecca Stauffer says the four-bedroom Bridge House is isolated and has “incredible ocean views.” Sounds ideal for a Duke and Duchess trying to hide from the prying eyes of the paparazzi.