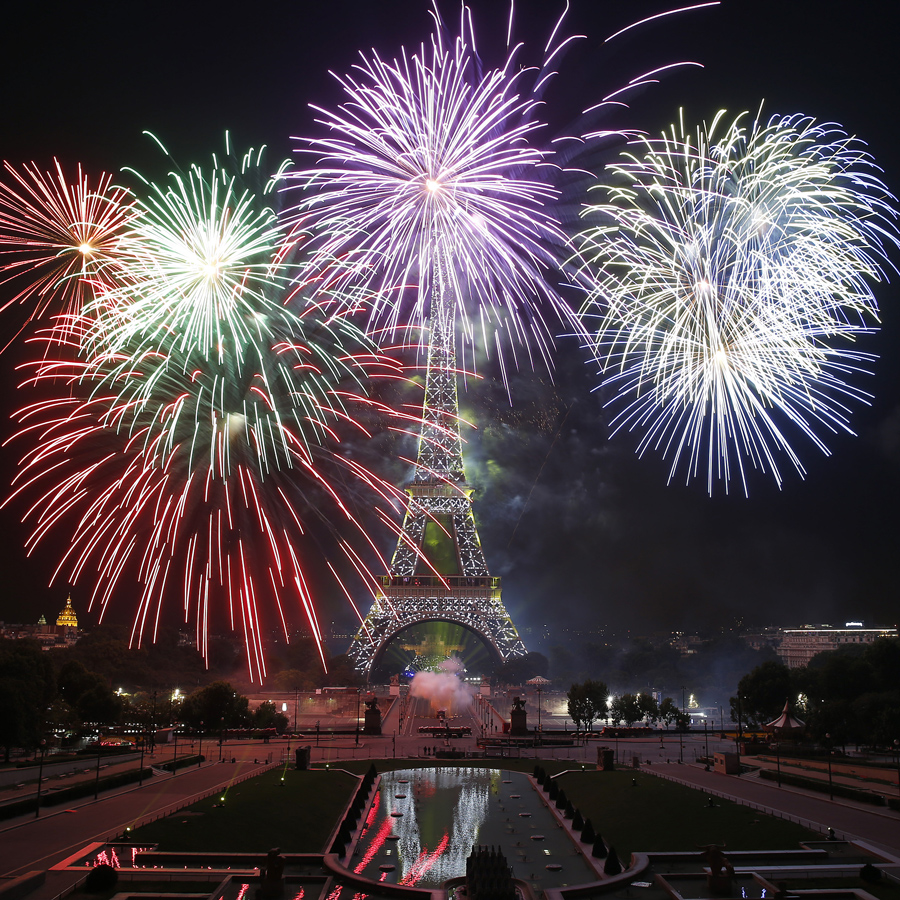 Fireworks burst around the Eiffel Tower as part of Bastille Day celebrations in Paris, France, in 2017. To mark Bastille Day 2020, Tudor Alexis, the Consul General of France in Toronto, will hand out gift bags to frontline workers that help keep Toronto clean. Photo: Chesnot/Getty Images

France is alive and well in Toronto. We’ve seen goodness, large and small, during this time of Covid-19. But how did a little kindness grow into a great initiative? It all started with food, in a kitchen, in Toronto.

“As I stayed indoors like every one, I watched my wife, Idelette, making masks for a hospital and baking cakes (not bread) and giving it to others .. including the garbage collectors who come on Tuesdays,” says Tudor Alexis, the Consul General of France in Toronto.

“When I arrived last year in Toronto, I wanted to have a great bash for our Bastille Day, the French National day that takes place every July 14th,” he adds. “I had also announced that 2020 was a great year for France as it was the 300th year of French settlement in the city of Toronto.”

But then COVID-19 landed in the city. “I had to change all my plans: no party, no gathering and all potential sponsors facing an economic downturn.” Instead, Alexis decided that in place of the traditional champagne reception, he would shine a light on a category of frontline workers that rarely get the glamour treatment: “the people who clean our streets, pick the thrown-away masks, compost our refuse and basically help us live in a clean environment.” Alexis went on a mission to source sponsors for what he calls an “ecological goodie bag made in Canada” but stocked with all things French, from camembert cheese to Dijon mustard to a gift card for an acupuncture session with a French therapist.

Today, on Bastille Day, and on behalf of the French community, Alexis will be handing out these gifts to the 1,100 workers that help keep our city clean — a process documented on his Instagram account. “The aim behind is to give a token of appreciation and thank these people who have worked non-stop during the crisis despite the health risks and probably contribute to a recognition of their work,” he says.

Also, this morning, Toronto City Hall raises the French flag in honour of the day and of the original French community that settled here 300 years ago. France, too, is welcoming Canadians again now — we have been deemed on the safe list to travel to the country, and Air France has daily flights from Toronto and Montreal. But until we fly, Toronto the Good gets a taste of Vive le France.