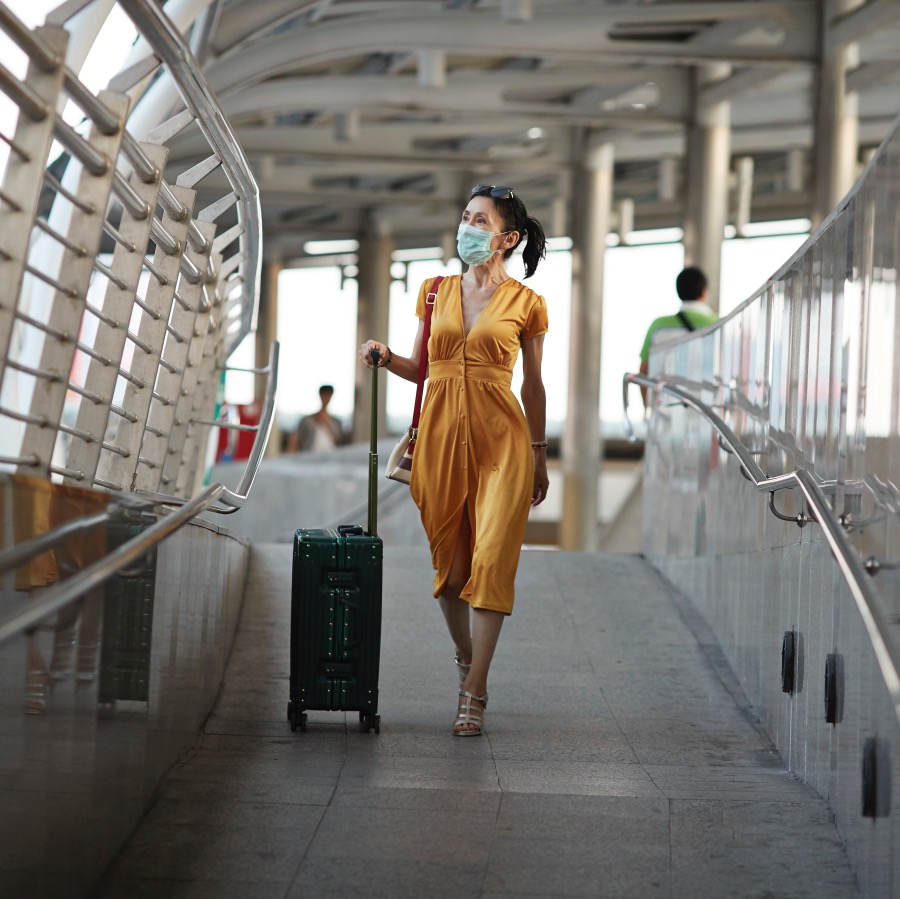 To mark World Tourism Day we take a look at how travel and tourism may change as the world evolves during and post-pandemic. Photo: Klaus Vedfelt / DigitalVision via Getty Images

World Tourism Day is commemorated each year on September 27. Its purpose is to foster awareness among the international community of the importance of tourism and its social, cultural, political and economic value, according to the United Nations World Tourism Organization (UNWTO).

On that note, the executives at Skyscanner have released findings from a new trends report that addresses how travel and tourism may change as the world evolves during and post-pandemic. The U.K.-based travel company has a bit of royal cred behind it as well: it is also one of the co-founding members of Travalyst (along with Visa, Booking.com and TripAdvisor), among others, the global initiative that Prince Harry launched in September 2019, with an aim to sustainability and a positive impact on both people and places within travel and tourism.

Some of the findings in the report, titled “The New World of Travel” include how North Americans are eager to vacation again, with searches and intent levels among the most robust of all the major countries Skyscanner has analysed. And, bucket-list travel, “baller” breaks and flexibility are all set to feature heavily in Canadian travel trends and behaviour during 2021.

Here’s a look at some of the findings, as it relates to Canadians, once we’re ready to go out into the wider world once again:

New Motivation For Taking Off

“New reasons for travel have come from the events of 2020,” says Mark Crossey, of Skyscanner Americas. “Postponed events such as sports, weddings and concerts should see Canadians try to reclaim some missed experiences from 2020.” Conversely, he adds, some are keen to break long-held habits and want to try something new after taking the time to reconsider what is important to them when they go on vacation.

“Of course, many will use travel to reconnect with friends and family and longer trips are expected to become more popular as travellers seek quality time and experiences over quick getaways.”

Canadians are eager to travel again, with searches and intent levels among the most robust of all the major countries Skyscanner analysed. “It’s been amazing to see the adaptability and resilience shown by Canadian travellers,” says Crossey. “The need to explore runs deep, and those who had their hearts set on going abroad over summer simply adapted their mindset and have been adventuring a little closer to home this year.”

But Canadians are still dreaming of international travel, he adds. “We see that very clearly in our data and hear it every day when we speak to our travellers. The appreciation we all have for being able to experience different cultures, landscapes, food and climates is so much greater now we’ve had a chance to miss it.”

During the month of August, for example, Canadians were actually more likely to search for international travel (compared to domestic travel) than they were the same time last year, reflecting the pent-up wanderlust that we all know is out there.

Where We’re Thinking of Going in 2021

Canadians have been dreaming of travel to the following top 10 places for summer 2021:

One-way. Domestic. Within a month.

Searches for one-way continue to trend upward, according to Skyscanner, with domestic travel intent increasing globally against a backdrop of changing travel restrictions. And amid ongoing uncertainty, travelers around the world are also looking to get away in much shorter time-frames than ever before.

The UNWTO agrees, with extensive recommendations around domestic tourism to drive recovery of the battered industry. “UNWTO expects domestic tourism to return faster and stronger than international travel,” UNWTO Secretary-General Zurab Pololikashvili said in a release from September 14. “Given the size of domestic tourism, this will help many destinations recover from the economic impacts of the pandemic, while at the same time safeguarding jobs, protecting livelihoods and allowing the social benefits tourism offers to also return.”

The Skyscanner findings also show that search patterns for domestic, regional and international flights indicate that recovery will be multispeed, tied to the global economy and driven by low cost carriers. At the same time, the decline in business travel revenues for other airlines calls for a rethink of this part of the industry.

Let’s hope so. UNWTO data shows that in 2018, around 9 billion domestic tourism trips were made worldwide – six times the number of international tourist arrivals (1.4 billion in 2018). According to the most recent Canadian statistics, the travel and tourism industry supported approximately 1.8 million people in Canada in 2016. This, plus a statement made by data-gathering company Statista in 2018, added up to more than $35 billion to Canada’s gross domestic product. A pretty penny, indeed.

Invoking the Group of Seven in a Love Letter to Canada