Meet the Snowbirds Determined to Take Flight This Winter 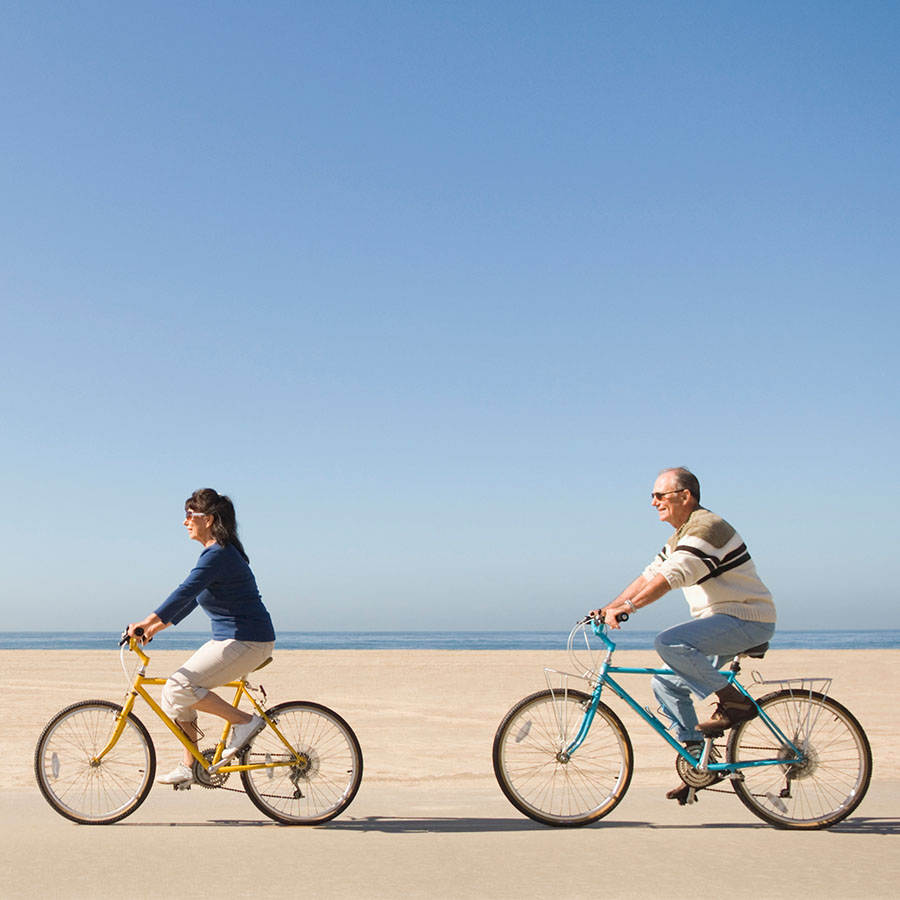 Despite the government's advice to cancel non-essential travel, some snowbirds are still determined to take flight. Photo: PBNJ Productions

Although many Canadian snowbirds aren’t leaving their nests this year, Kim Honey talks to some who will still take flight.

It’s that time of year when snowbirds feel winter in their bones. As the leaves turn and the Thanksgiving turkey carcass hits the soup pot, the first dip in temperature brings on the urge to head south. But the annual migration has been grounded by the COVID-19 pandemic this year as favoured U.S. destinations like Florida, Arizona and California struggle to contain the virus. This has raised big concerns for older Canadians at higher risk of serious complications.

With the U.S. border closed to non-essential traffic, many snowbirds are nesting at home. Domestic travel is up at Chartright Air Group, Canada’s largest provider of private jets, based at Toronto’s Pearson Airport. With 50 planes in 10 cities, including lighter aircraft dubbed boomer jets, in the fall president Adam Keller noticed a lot of bookings for Calgary and Vancouver and was fielding queries about travel to B.C. – Victoria in particular – in December and January.

These are obviously for high-flying clients who can afford to skip airports and commercial aircraft, like executives who buzz south for long weekends. And Keller, who has a place north of Naples, Fla., is convinced southern traffic will pick up.

While B.C. is expected to be a big draw, working snowbirds are being courted by the governments of Aruba, Anguilla, Antigua and Barbuda, Bahamas, Barbados, Bermuda and the Cayman Islands, which offer special visas for those who want to work remotely near – or under – a palm tree for as long as two years. Visa application prices start at US$263 for Bermuda, but most are in the US$2,000 to $3,000 range, depending on the number of people.

Despite the federal government’s advice to cancel non-essential travel and no clear answer on when the Canada-U.S. border might reopen, these four snowbirds refuse to let COVID-19 clip their wings.

The Key to Life

By January, 77-year-old Klaus Tenter and his wife, Liz Addison, 66, expect to be safely ensconced in their winter house in Longboat Key, a barrier island near Sarasota, Fla., that had fewer than five COVID-19 cases as of Oct. 22. The Toronto couple checked out Air Canada Rouge flights to Sarasota, where premium seats could cost as much as $4,800 return – more than triple what they  normally spend – but it would mean fewer people around them and more room for Tenter’s daughter’s pug who hitches a ride south with them every year.

Addison and Tenter, a retired general manager for Four Seasons Hotels and Resorts, were invited to fly down in November with a Longboat Key neighbour who has a private plane, but when Tenter’s daughter found out he might miss Christmas, she broke down in tears.

“When she cried, I cried, and I said I would stay,” says Tenter, who pays $3,000 every year to have his car shipped down and back. “Everything is up in the air at the moment,” he adds. “My friend has not decided when he flies to Sarasota. My daughter may change her mind as well about Christmas. We will likely decide at the end of November.”

He is concerned about COVID-19 cases in Florida, given he has stage 4 polycystic kidney disease and just 15 per cent kidney function. “If I get hit, I am in trouble,” he says. He admits he’s “not so careful,” but his wife makes up for it by being overly cautious on his behalf.

He knows he has gallstones – two years ago he had an attack in Florida and paid US$13,000 for four hours in hospital – so he’s having his gallbladder out before he leaves. “Just for the trip,” he quips. That time he didn’t have health insurance; now he has plans to cover them for everything – COVID-19 included – for four months.

They will wear masks in the airport and on the plane, avoid touching as many surfaces as possible and wash or sanitize their hands. They will not take taxis to or from the airport. They will stay close to home and only venture out to see close friends, golf at the Longboat Key Golf Club and dine at restaurants where they can sit outside.

“As long as you stay in your house and stick around with your friends, you should be safe,” he says.

Tenter, who cancelled an August trip to Spain and just booked one to Germany for May 2021, is quite sanguine about COVID-19, despite many friends and acquaintances shaming him for taking the Florida trip.

“We only have one life, and you cannot have COVID stop your life, period.”

Georgia on Their Mind

Debbi and Steve Burnie have another life a 17-hour drive south of their unwinterized cottage on Big Gull Lake, 129 kilometres north of Kingston, Ont. For the past five years, when the water starts to freeze and the snow starts to fly in late October, the snowbirds pack up their two rescue dogs and drive straight to Sparta, Ga., where they bought a 200-year-old house for US$70,000 five years ago.

In Sparta, which has no animal control services, they rescue dogs and take them to no-kill shelters, belong to a church and have a close circle of friends that call themselves “the transplants.” Steve, 66, a retired Ottawa police officer, is a golf fanatic, while Debbi, 58, spends hours combing the Goodwill shop for bargains.

“In this little town, we had people from Nebraska, people from Virginia, people from South America, Seattle, all parts of the world,” Steve says. “All these people that ended up in this small town became great friends, and we have a bigger social life down there than we have up here.”

This year, the Canada-U.S. border closure forced a painful reckoning, one that will separate Debbi and the dogs, Sergeant and Blue, from Steve until at least January because they can’t cross the border by car.

They can’t fly either because Sarge, a 110-pound black lab mix, exceeds the 100-pound limit and, after October, most airlines don’t permit animals in the cargo hold because it’s too cold.

The retirees, who live on Steve’s police pension and are covered by his insurance plan, can’t afford to board their pets and didn’t really want to anyway, as Blue, a border collie-chow mix, isn’t good with other dogs.

“It was a hard decision,” says Debbi, who urged Steve to go because his arthritis is aggravated by the cold, and the house needs some maintenance work. “Steve felt a lot of guilt. All his friends were saying, ‘How can you leave her and go down there?’”

In August, they booked a return flight for Steve from Toronto to Atlanta on Air Canada for Oct. 23, but the first flight was cancelled in September and the second was cancelled in October. Steve had to rebook connecting flights through Chicago, which cost $231.

Debbi tried to find someone to take in her and the dogs near Ottawa, where most of their six children and seven grandchildren live, but she struck out. They’re staying at a friend’s house in Hamilton until the end of December. By that time, the couple is hoping the border will open, and Debbi can drive down with the dogs, or she can find a place for the pets to stay so she can fly down.

“It’s the unknown, that’s the hard part,” says Debbi. “And that’s [the problem] everybody’s having. Like, how do you rent an apartment? How long do you rent it for?

A version of this article appeared in the Jan/Feb 2021 issue with the headline “Sand Traps,” p. 68.

I Sold My U.S. Vacation Home…Now What?