These Middle-Aged Surfers Are Living the Dream and Riding the Waves in Mal Pais, Costa Rica 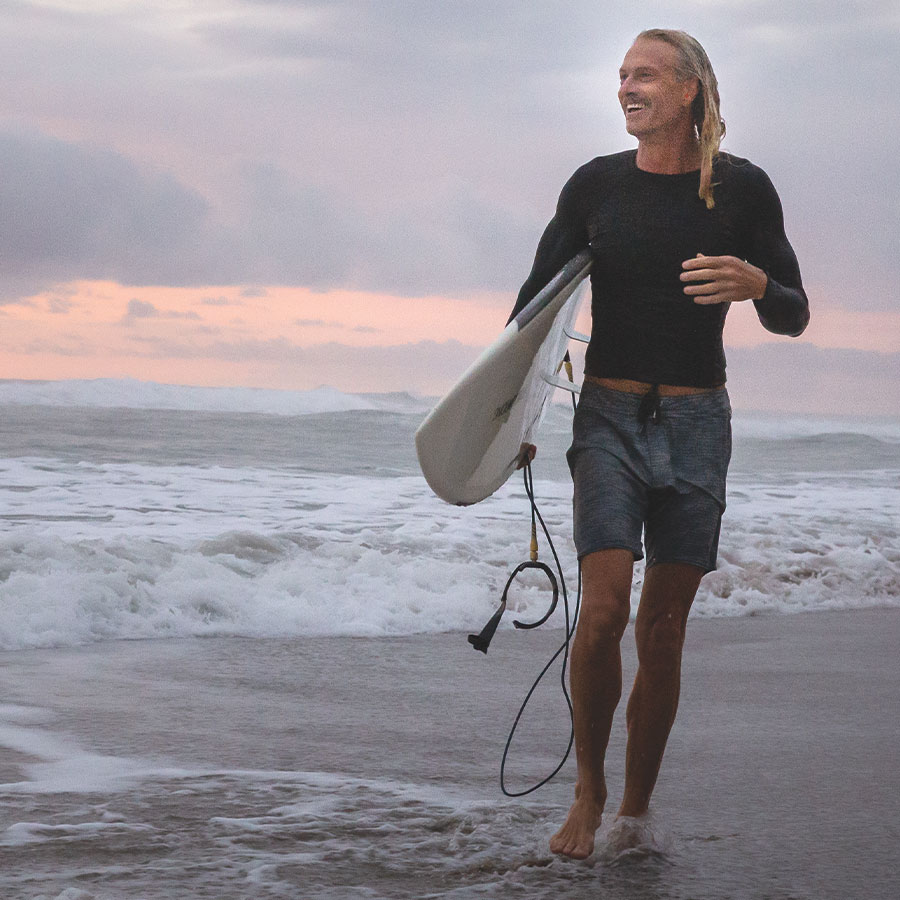 Brad Fogal comes back to shore after an evening of surfing at Mal Pais, Costa Rica. Over a week in December 2019, we caught a glimpse of a few days in the life of Fogal and crew at the Mal Pais Surf Camp. Photo: Jessica Lee

Waist-deep in the Pacific, Brad Fogal, 55, glides onto his board and paddles out into the ocean. He does it at least once a day, hoping to catch an open-face wave that breaks to the right.

Originally from Calgary, he spends about six months of the year in Mal Pais, Costa Rica, a surf town on the Pacific with dirt roads, lush palm jungles and some of the most consistent waves on the planet. For Fogal, who surfed off and on throughout his 30s and into his 40s, it is a spiritual experience as much as an athletic one.

“I caught the bug in 2013,” explains the former business consultant and entrepreneur. “And it had me, but I was raising kids and running companies and doing things that … didn’t really allow for the lifestyle.” Now that his four children, aged 19, 21, 23 and 25, have grown up and he is separated from his wife, he spends half the year living la pura vida as frugally as possible in this sparsely developed coastal town.

“It’s a dramatically different picture, from being a buttoned-down business consultant with clipped hair and crisp suit, to being a long-haired hippie surfer dude at 50,” says Fogal of his lifestyle change.

He’s not the only one who returns to the place where he says he is the best version of himself. He’s met a community of middle-aged  men who keep coming back to this so-called “Blue Zone” country, one of five places in the world where people live the longest and are the healthiest.

Damien McMillan, 43, a former pool installer from Maryland, has been going to Mal Pais for 14 years. After raising his daughter as a single father for 18 years, he had more time to himself when she went to college.

McMillan was living in a tent for three months at the Mal Pais Surf Camp, a hotel and hostel complex with room for campers in the garden, when his money ran out in 2020. He had lined up a job as an electrician, but when the pandemic hit he headed to Florida, where he now runs a tiling and electrical business. He managed to get back to his surfing paradise this year for three months.

“There’s no negative vibes there in general. Everything about it is just pure bliss,” he says. “It was so off the beaten path and out of the way that you could be by yourself if you wanted, or you could be with other people. It was just this different level of freedom.”

In the morning, the group of men — whose members change throughout the year as people come and go — grab their surfboards and walk to the beach. In between cooking their own meals, they surf all morning, rest in the afternoon, go out again around 4 p.m. until the sun sets, and go to bed early. The next day, they do it all over again.

A version this article appeared in the Oct/Nov 2021 issue with the headline “Ride The Wave,” p. 70.

5 Tips for an Unforgettable RV Trip