Flight Cancellations Are Falling After Months of Airport Chaos: Canada’s Minister of Transport 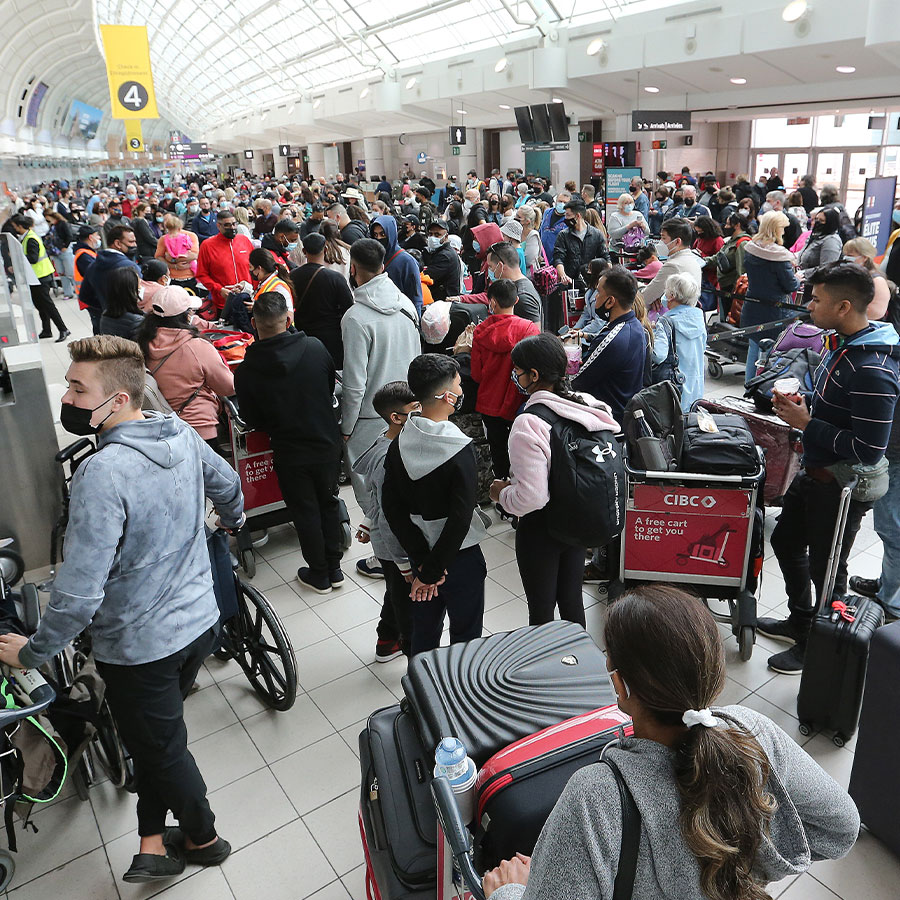 Canada's busiest airport, Toronto Pearson International Airport, had among the most flight delays in the world earlier this summer, according to FlightAware data. Photo: Steve Russell/Toronto Star via Getty Images

Cancellations at major Canadian airports are dropping and passengers are being screened more quickly, the country’s transport minister told a parliamentary hearing on Friday after complaints over disruption amid a surge in demand.

“We are seeing encouraging results, but there is still more work to be done,” he told lawmakers, following complaints by passengers of lost luggage and long lines.

Carriers in the United States and Canada are cutting thousands of flights to reduce disruptions during peak travel periods as demand surged following the easing of rules to curb the spread of the coronavirus..

Canada‘s busiest airport, Toronto Pearson International Airport, had among the most flight delays in the world earlier this summer, according to FlightAware data.

The increase in passenger numbers this year was far higher in Canada than the United States, Alghabra said.

Governments in both countries are facing calls to improve protections for travellers.

The Canadian Transportation Agency (CTA), an independent, quasi-judicial tribunal that provides consumer protection for air passengers, said it had received a record 18,200 complaints by the end of July 2022, mostly for air travel.

Under Canadian rules, travellers are entitled to compensation for flight cancellations and delays of 3 hours or more, if the disruption is within airlines’ control and not related to safety.

Canadian media reports have been rife with passengers saying they were refused compensation due to safety reasons. Consumer advocates say some of those cancellations were related to crew shortages.

The National Airlines Council of Canada (NACC), a trade group representing Canada‘s largest airlines, said compensation varies by case and the system must allow “airlines to make decisions based on safety without being penalized.”

As of Sept. 8, new Canadian requirements will oblige airlines to provide passengers with either a refund or rebooking, for flight disruption outside their control.

(Reporting by Allison Lampert in Montreal and Costas Pitas in Los Angeles; Editing by Sandra Maler)