Meghan Markle Receives Her Own Official Coat of Arms 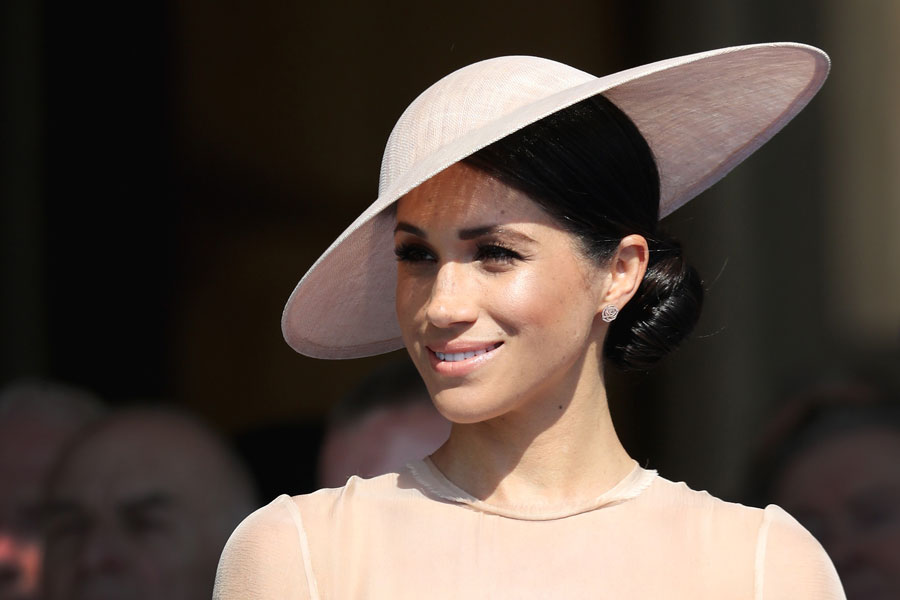 Less than a week after Meghan Markle‘s wedding to Prince Harry, the newly-minted Duchess of Sussex has received her very own coat of arms.

In the past, such personally-customized designs are traditionally given to the father of the bride prior to a Royal Wedding — but given the drama that surrounded Meghan’s father, Thomas Markle, in the lead-up to the nuptials, the coat of arms were given directly to Meghan herself.

Yes, that’s right: Once again, Meghan has somehow managed to break away from royal protocol — albeit unintentionally. Of course, we’ve come to expect nothing less from the vocal feminist and former UN Women’s ambassador.

Kensington Palace released this statement on May 25:

“A Coat of Arms has been created for The Duchess of Sussex. The design of the Arms was agreed and approved by Her Majesty The Queen and Mr. Thomas Woodcock (Garter King of Arms and Senior Herald in England), who is based at the College of Arms in London.”

Meghan worked closely with the College of Arms to create something that was meaningful to her. The blue background of the shield represents the Pacific Ocean off the California coast, while two golden sun rays across the shield are symbolic of Meghan’s hometown of Los Angeles.

Meanwhile, the three quills represent both communication and the power of words — a likely nod to her tireless career as an actress and activist.

On the grass beneath the shield is a collection of golden poppies — which represents California’s state flower — and wintersweet, which grows at Kensington Palace, her home with Prince Harry.

And this won’t be the only coat of arms for the Duchess of Sussex. Now that Meghan has received her own customized design, she and Harry will get their own “conjugal coat of arms” — although it likely won’t be unveiled for another year or two. Prince William and the Duchess of Cambride didn’t reveal their conjoined coat of arms until September 2013, more than two years after their April 2011 nuptials.