“What Is, ‘I Was Wrong, Alex?'”: A Lifelong ‘Jeopardy!’ Fan Recalls Show’s Early Days 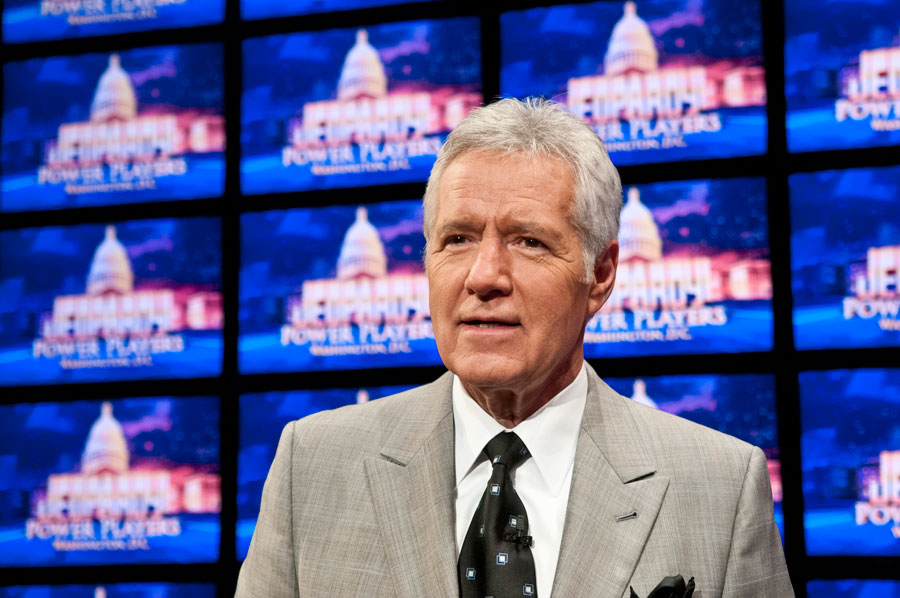 The first time I met Alex Trebek, we agreeably disagreed about his version of Jeopardy! As he approaches 80, and publicly mulls whether to renew his contract as host in 2020, I will concede in the form of a question.
“What is, ‘I was wrong, Alex?’”

In 1986, as a young TV critic at the Toronto Sun, I agreed to take part (unofficially) in a Toronto talent search for Jeopardy! contestants as the basis for an article and interview with the host. The Sudbury, Ont. native had been hosting the rebooted version of the show for two years, and I was already hooked.

But the questions seemed easier to me than when I was in grade school, watching the ‘60s original with host Art Fleming. The factoids began to take root in my young, impressionable brain, launching my love of trivia and turning my mind into a nest of often-useless knowledge for life.

“I deeply respect Art Fleming,” Trebek said when I shared my opinion about the difficulty level. “But I think you’re remembering his show through a child’s eyes. Our questions are quite challenging.”

Karma being a bee-yatch, I took the test and was not one of the people in the room to make the cut. To this day, they never tell you how you did, except to say you fell one question short.

(As if to double down on karma, within the next few weeks, I had a similar assignment with the, shall we say, less-intellectually-respected Wheel of Fortune. I aced the test — which was really page after page of half-finished Hangman games — and scored higher than anyone else in the room).

Today, there are few shows I regard as “must-see-TV” but Jeopardy! is one of them. I PVR it in case I have to go out. I follow favourite players like Buzzy Cohen and Aaron Rogers (he of the “jazz hands” intro that Trebek seemed to dislike). I interviewed and exchanged emails with Ken Jennings, who still holds the record with 74 straight wins.

And my friend and trivia teammate Doug Hicton holds the record for money won by a Canadian on the show, $180,000. (Other people I know who’ve been on Jeopardy! include Mike Stafford, a host at Toronto’s Talk 640 radio, and an L.A. friend, comedian and editor Steve Gelder).

So, it was with dismay that I read snippets of Trebek’s interview on Fox News, regarding the end of his current contract in 2020. He called chances of retirement, “50/50 or maybe less,” but added he will assess his health at the time. He has had heart issues, and underwent brain surgery in January to remove a subdural hematoma.

He recovered quickly in both cases, but the decision ultimately will be his. And I feel as if the possibility of his reading out a last Final Jeopardy! in 2020 is very real.

In a perfect world, I’d have first met Alex when he hosted CBC’s teen quiz show Reach For The Top. But he moved on as host in 1973. I was in the National Finals (along with Stafford and Hicton) in 1976.

But we were fated to meet again — and as a result I am probably disqualified from ever being a contestant. The reason: I was his joke-writer for a little while. (And no, my disqualification is not for crimes against comedy by encouraging Trebek to be funny. It’s simply a conflict of interest for having worked for him.)

The occasion was the 1993 NHL Awards, which he hosted and for which I was a writer. I vividly remember writing a bit that involved him dressing down the Toronto Maple Leafs’ Doug Gilmour on live TV for using the phrase “a hundred and ten per cent.” The pedantic Alex loved the bit, and went around all day reciting it. (It got crickets from the crowd, by the way, but hosting the NHL Awards was a notorious hell-gig).

Through most of its 30-plus years, Jeopardy! has been the second-most-watched syndicated daily show, after the aforementioned Wheel of Fortune. It’s always been comforting to me that a show — dedicated entirely to knowledge, and fronted by a dry, earnest Canadian — can be such a cultural force in the loud, brash U.S. This is especially true in these days of political idiocracy, when being an “expert” in anything makes you suspect at best, and an elitist at worst.

It has held its place while resisting every urge to be in any way sensational. An example of a contestant shaking things up was Buzzy Cohen, with his impish jokes and stylish glasses. Merely wearing a loud tie could mark you as a wild iconoclast on Jeopardy!

As for the questions, it appears that the hardest time you’ll have en route to the show is that first written test (which is also administered online these days). The reality is, as Ken Jennings noted, that all three contestants on any given show know the answers to most of the questions. The trick in winning is to figure out the timing of the buzzer.

As for those occasional questions where none of them know the answer but you do, those are the sweetest Jeopardy! moments of all.