Death, Destruction, Daenerys: Setting the Stage for the Final “Game of Thrones” Showdown 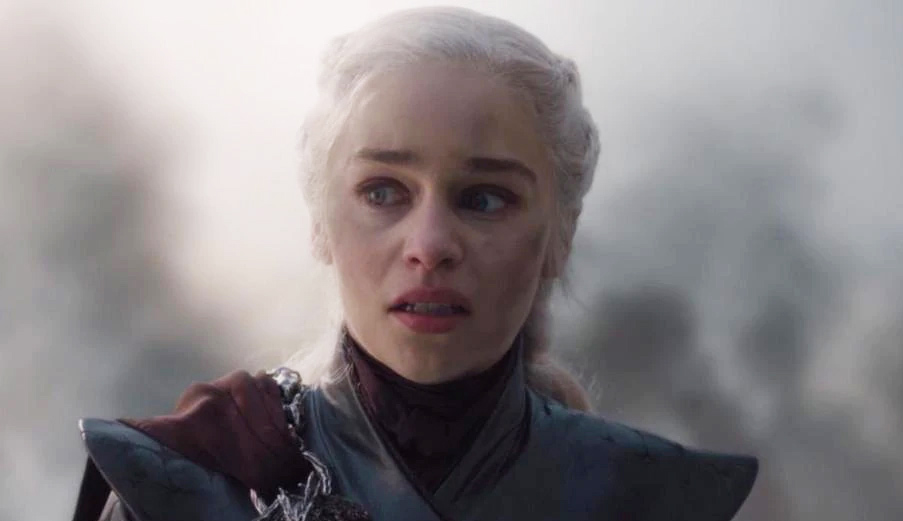 This article contains Game of Thrones spoilers from Season 8, Episode 5.

Here’s a bit of trivia. Last year, when the character was still the benevolent Mother of Dragons and defender of the weak against tyranny, 560 newborn American girls were named Khaleesi, according to the Social Security Administration.

Their parents are all probably calling them by their middle names now.

Transitions from good to evil can be long. Think Walter White in Breaking Bad, who turned from milquetoast chemistry teacher to ruthless drug lord so gradually, it was seamless.

By contrast, the writers of Game of Thrones have had the clock ticking as they raced to give Daenerys Targaryen reasons to go postal — which she finally did, in a moment that was akin to Truman dropping the A-bomb AFTER the Japanese surrendered.

Our last sight of her last week: face hardened after the decapitation of her best friend and handmaiden Missandei (and after being spurned as a lover by Jon Snow after he found out she was his aunt).

Our first sight in this week’s penultimate episode: Daenerys, face heavily-lined, like one of those pictures of U.S. Presidents at the beginning and end of their administration. Telegraphing what was to come, her first order of business was to flush out traitors, and to that end, the eunuch statesman Varys was the first to be blithely torched.

It all culminated in the long-awaited siege of Kings Landing, some dragon-fire to obliterate the Iron Fleet at sea (no lucky dragon-killing shots this time) and to clear a path for the Dothraki horsemen to lead the way, slashing as they went.

It culminated in a quick victory and a turn to the dark side so hard as to strain necks. Atop a spire with her last dragon Drogon, Dany watched as Cercei Lannister’s army dropped their swords, the bells of surrender clanging around her. In the distance, she could see the tower where Cercei stood helplessly watching. She had already won.

RELATED: The Battle of Winterfell Made TV History and Didn’t Disappoint

What you’d expect was Daenerys launching one last blast at Cercei’s tower, incinerating her to seal the deal. Instead, she began destroying Kings Landing street by street, a mass killing of the innocents she’d once sworn to champion.
Cue the profoundly sad, dumbfounded looks on the faces of her last two true believers — Jon Snow and Tyrion Lannister. All together now, “Duh!”
It’s not as if Khaleesi has been loath to burn people to death before. Ask the lords at Vaes Dothrak (oh wait, you can’t). But these were bad men. In the end, though, maybe it’s the act itself that coarsens you, not who you do it to.

Daenerys’ rampage notwithstanding, everybody seemed to have some unfinished business with people they wanted to kill. Jaime Lannister barely survived a sea-shore fight with a soggy Euron Greyjoy (who maybe understood that his queen Cercei would never love anyone like she loves her brother).

In the end, Jaime and Cercei died, fittingly, in each others’ arms, making Arya Stark’s determined slog of vengeance through the blood and rubble a waste of screen time. Why spend so much time on a character when you’re just going to pull the rug out from under her?

And it’s odd to think that Cercei, the villainous straw that stirred the drink through so much of Game of Thrones, didn’t appear at all in the first three episodes of this season, and had little to do in this one except stand and watch, a broken Queen.

Meanwhile, The Hound had his date with destiny with his Terminator-like brother Ser Gregor, the apparently un-killable “Mountain that Rides.” Impaled through the body and head, Gregor still kept coming, leading to the only solution left, the two of them plummeting into the fiery furnace that Kings Landing had become.

Fans of Game of Thrones’ more violent turns certainly got their fill in episodes three and five. Same for people who complained that no major characters were killed in the Battle of Winterfell. With Cercei out of the picture, all these seasons of medieval intrigue boil down to two claimants to the Iron Throne, Daenerys and Jon Snow — one with bloodthirsty determination and the other so paralyzed with inner conflict and ambivalent about being king, he makes Hamlet look like a motivational speaker.

There’s just one episode left to sort this all out. And I don’t envy the writers their task. It is, after all, a lot easier to keep a story going than to properly end it. There will invariably be complaints from fans, as there have been throughout this short, final season.

But George RR Martin’s ending in the books has yet to be written (though he says he gave the scriptwriters “the major points” years ago to execute as they wished). If it turns out to be an ending for the ages, he can sit back, satisfied.
If it flops, well, that’s what re-writes are for.