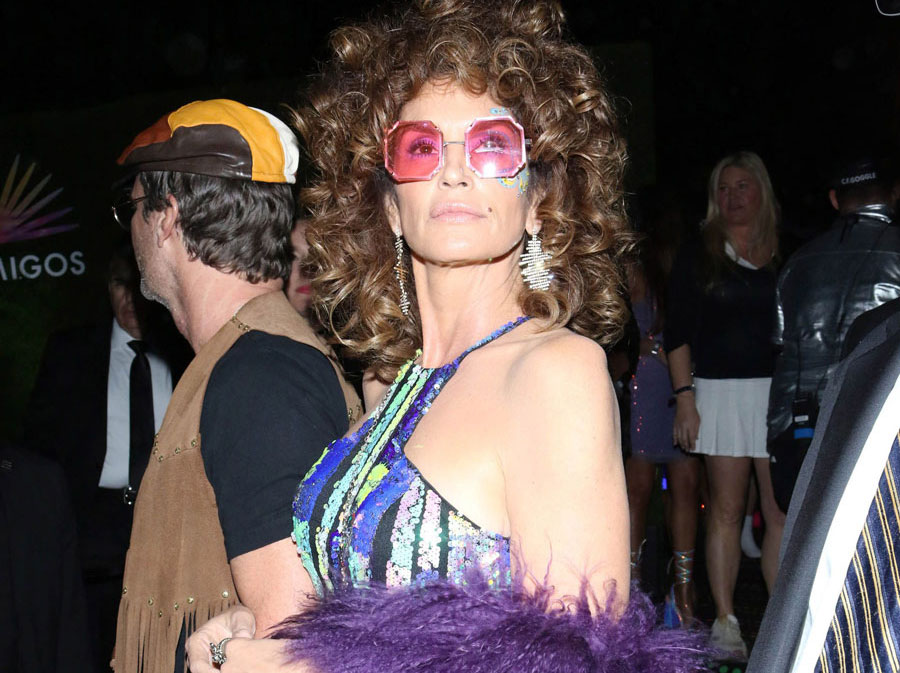 Halloween parties were in full swing last weekend and Hollywood – a town full of people always ready to don a costume – played host to a number of bashes that brought out some of Tinseltown’s brightest stars.

But it wasn’t just young Hollywood playing dress-up. A few Zoomer-aged celebs got into the fun and channelled legendary movie characters such as Holly Golightly from Breakfast at Tiffany’s and The Bride from Quentin Tarantino’s 2003 movie Kill Bill.

Check out some of our favourite looks from Hollywood Halloween parties last weekend.

Casamigos tequila went back to the summer of ’69 for its Halloween party on Friday night. The tequila brand founded by George Clooney, Rande Gerber and Mike Meldman hosts an annual costume party that always attracts a boldface guest list. While Rande Gerber went for chill hippie with his printed pants and fringed suede vest, wife Cindy Crawford opted for glam boho with a sparkly jumpsuit, accessorized with  big curly hair. If anyone can match Jennifer Lopez’s rocking body, it would be Lisa Rinna. The 56-year-old reality television star and wife of actor Harry Hamlin attended the Casamigos Halloween party Friday night dressed as Jennifer Lopez circa the 2000 Grammys. Turns out, JLo’s infamous green Versace look was a popular costume with at least three similarly dresssed guests at the party – possibly because Lopez recently shut  down the Versace runway in a recreation of the iconic dress. Model Amber Valletta also got into the 1960s theme for the Casamigos party, channelling the era’s top model, Twiggy, with some graphic eye makeup and a wildly patterned dress.

If you had a body like Elizabeth Hurley, would you hide it under a costume of billowing petticoats? The actress and bathing-suit designer poured her svelte 54-year-old figure into the iconic banana-yellow jumpsuit worn by Uma Thurman’s murderous character, The Bride, from Quentin Tarantino’s 2003 movie Kill Bill.

Actress Kate Beckinsale put a modern spin on the Audrey Hepburn’s character Holly Golightly in the 1961 film, Breakfast At Tiffany’s. The famous little black dress outfit was interpreted with latex and platform shoes while her companion dressed as Elton John from his famed Dodger Stadium concerts.

Over the past two decades, Heidi Klum has been crowned the queen of Halloween for her creative costumes. She often takes it to the next level by hiring award-winning, special-effects makeup artists and has dressed as a cadaver, a real-life Jessica Rabbit and even an aged version of herself. But this year, she dressed up as human fireworks — a look that left some of her Instagram followers bewildered, judging from their comments on her rather simple costume.  Perhaps she had more important things preoccupying her time – like her new hubby, Tom Kaulitz, seen here with her.

Nicole Kidman and her sister also got into the early Halloween party spirit on the weekend with costumes. While it wasn’t clear what character the award-winning actress was channelling, we’re sure the 52-year-old actress played it best.